The headquarters of Bravo Fleet, Starbase Bravo is the ongoing hub for in-character interactions for the fleet, and all members are welcome to create a character here. 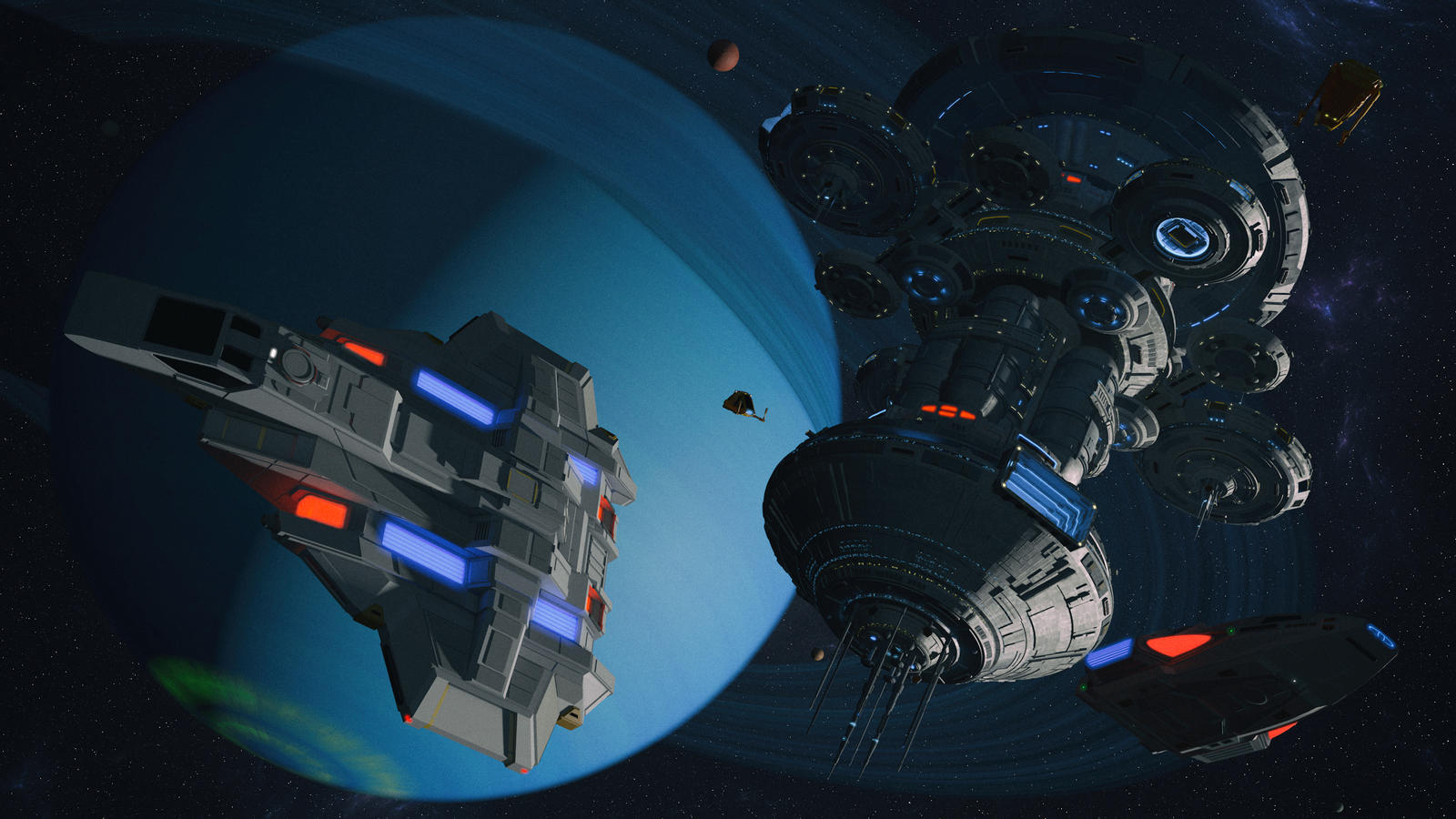 Welcome to Starbase Bravo, headquarters of the Fourth Fleet!

This persistent sandbox is open to every member of Bravo Fleet who has earned the New Member Program badge from the Academy. If you’re interested in applying, click the Apply Now button. Note: you do not need to provide a sample post, and your character will be approved automatically unless it’s radically divorced from fleet lore. (It’s recommended but not required that you complete the Character Creation Program through the academy in addition to the New Member Program.)

Starbase Bravo is the headquarters of Starfleet’s Fourth Fleet. Currently under the command of Vice Admiral Thomas Belvedere, this massive Guardian-class station is located in the Beta Quadrant where it supports operations along the Romulan and Klingon borders, while also coordinating the operations of the Fourth Fleet throughout the galaxy. With a Starfleet crew of 60,000 and a civilian population of 40,000 it is truly a city in space, playing host to dozens of starships at a time.

Functioning as a persistent sandbox to support members wanting to write as junior officers, especially to dive deeply into character development, Starbase Bravo provides an alternative to standard, plot-driven RPGs. This collaboration between the Operations Office and Lore Office has several goals:

Management of this sandbox is slightly more complex than in a traditional RPG: overall GMing in terms of broad-strokes story moves and the setting are handled by Operations and Lore, with the stories coming out of individual departments evolving organically as members get ideas to write. It is intended that this space is mainly for collaborative writing.

As this ongoing experience evolves, more and more information will be added to the wiki about Starbase Bravo, ensuring that the actions of various characters and the settings our writers develop will help build our shared environment.

All members of Bravo Fleet are welcome to join Starbase Bravo, pending approval of their character, if you have earned the New Member Program badge from the Academy. Unlike a traditional RPG where the screening process for new characters can be quite rigorous, as long as a character doesn’t have any major conflicts with the lore policy and fits within the indicated rank guidelines for the position you’re applying for, it will be approved. Check this guide for more information.

Members may apply for more than one position, but staff will be sensitive to the ‘hoarding’ of roles, especially taking many roles within the same department. To encourage participation and discourage applying for a wide variety of positions all at once, positions are separated into several tiers, which you gain access to by earning more duty ribbons.

To get started, click the application below and select one of the listed tier 1 positions!

There are six tiers of positions, five of which are available to members and the highest of which is reserved for staff.

The six tiers correspond with Starfleet’s six officer ranks, with the suggested rank for those positions matching the tier, from Ensign at tier 1 up to Captain at tier 6. Crewmen, petty officers, and chiefs would correspond roughly to tiers 1, 2, and 3 respectively. The idea is that your first character should be an Ensign or Crewman, with a title like Security Officer or Engineering Officer, and that you will gain access to more important roles and higher ranks by posting more.

Once you have earned enough duty ribbons to apply for a higher position, you should message a member of the staff to discuss either raising your character’s rank and changing their title or creating a new character, whichever feels more appropriate!

Dechraib shifted between the small stove where he was cooking something the humans called Tomato soup, something he had to admit he really liked, and a small PADD on the tabletop beside him. Picking up the PADD he reviewed the list of ingredients he pulled together to make something that resembled [...]

After processing through security screening, Lukas consulted his padd to determine his nearest turbolift. Anxious to settle into his quarters and then explore the station for a bit, so as to not appear to be running around like a headless chicken when reporting for his first assignment. First on [...]

It Is the Size That Counts

Joshua looked out into the vastness of space; Starbase Bravo loomed in the distance. As the ship moved closer, the Starbase significantly grew in size. Joshua’s eyes grew equally big, “Oh wow…” “First time on the base?” A voice came from behind him. “My first time anywhere. I mean, [...]

Start of Something New

Luke exhaled slowly as the shuttle en-route to Starbase Bravo entered warp. Taking a cursory glance at the padd in his hand he mentally committed the message from his parents to memory. In a matter of hours he would be light-years from home. Not one to normally get too rattled, his nerves were a [...]