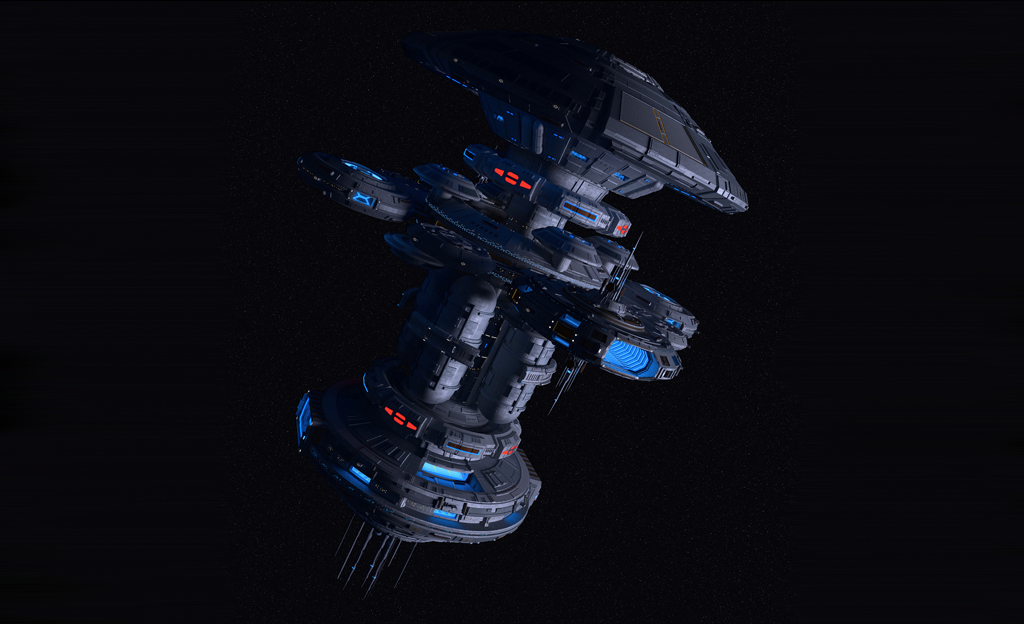 The Guardian-class starbase is the latest, most technologically advanced outpost that Starfleet has to offer. It is also, perhaps, the most advanced piece of engineering that the Starfleet Corps of Engineers has ever created. Seen as the spiritual successor to the Spacedock-class of starbases, the Guardian is far more impressive and can serve as the command and control center for an entire sector.

By the mid 24th century the Spacedock was an aged behemoth that was at the limits of what her spaceframe could handle for technological upgrades. Originally introduced during the height of the Constitution-class in the 2240s, the Spacedock was a powerful force of Starfleet projected into deep space. However, after almost 130 years, Starfleet required a new design to integrate all of its technological advancements made in the past century. The Guardian was originally designed in the 2360s, but with first contact with the Borg Collective, the war with the Dominion, and fallout from the Shinzon Incident, Starfleet decided to focus its resources on those emergencies. When the galactic scene relatively settled down in 2380, the Starfleet Corps of Engineers revisited the Guardian design. It was refitted from its original blue prints slightly to incorporate technological advancements made in the past 20 years including a new anti-cloaking sensor suite which detected any cloaked ships within one light year, the bio-neural circuitry first introduced on the Intrepid-class, quantum torpedo launchers, and holographic projectors throughout much of the starbase. The Guardian is comparable in size to the Spacedock, but capable of servicing a larger number and wider variety of starships at once.

The first Guardian to finish construction was Starbase 185 in orbit of Ciatella VIIb, a Class D planetoid moon in orbit of a Class J gas giant, near the Romulan Neutral Zone in the year 2382. After Starbase 185 was commissioned, Starfleet Command ordered the construction of 12 new Gaurdians throughout the Federation frontier in all directions. The Guardian is expected to be, for many years to come, a projection of Starfleet power and exploration through the Alpha and Beta Quadrants in the same way the Spacedock had been for the previous century.