The arching sky is calling
Spacemen back to their trade.
ALL HANDS! STAND BY! FREE FALLING!
And the lights below us fade.

Out ride the sons of Terra,
Far drives the thundering jet,
Up leaps a race of Earthmen,
Out, far, and onward yet.

The USS Endeavour (NCC-91502) is an Obena-class starship assigned to the Fourth Fleet under the command of Captain Matt Rourke. Commissioned in late-2399, Endeavour was attached to a diplomatic mission to the Neutral Zone to continue the work of her namesake, a Manticore-class decommissioned after a terrorist attack by the Romulan Rebirth Movement. In the face of this opposition, Starfleet has recommitted to building bridges with the Romulan factions and bringing stability and support to a troubled region that has over fifteen years become a home to warlords and refugees alike.

As such, Endeavour is outfitted to conduct diplomatic operations that may require her to offer limited humanitarian support to a struggling frontier world, or defend against threats. Her support craft includes a flight of fighters for patrol and escort duties, and she has been equipped with an expansion of the Combat Information Centre that allowed her predecessor such strategic success. But first and foremost she is equipped to shelter those in need, welcome delegates of foreign powers, or host summits to discuss a world’s future and needs, so she may best bring the Federation’s torch of hope to a shrouded frontier. 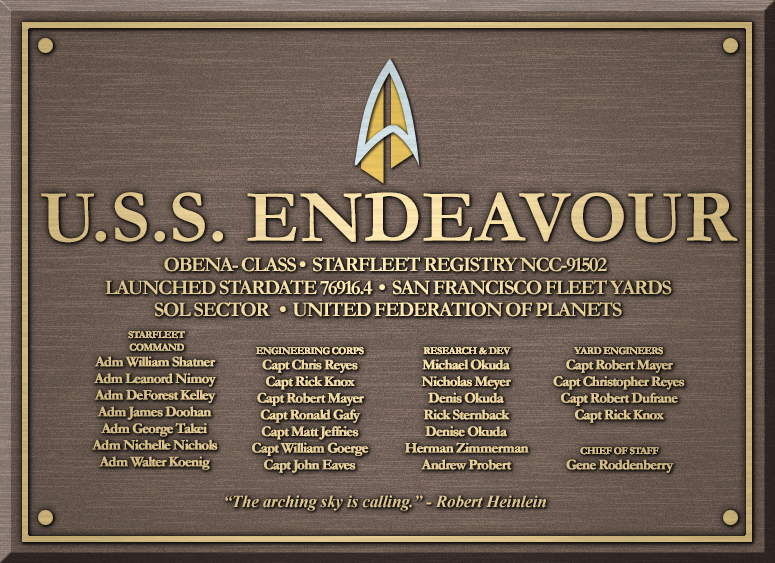 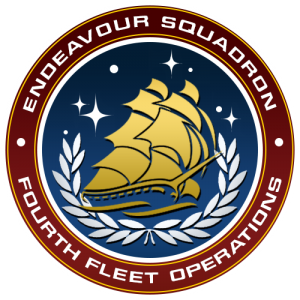 Wander Forth the Sons - 8

‘Since the days of the first wooden vessels, all ship masters have had one happy privilege: that of uniting two people in the bonds of matrimony.’ It did not look much like a happy privilege to Rourke as he stood in the arboretum before Adamant Rhade and Rosara Thawn, both looking like they [...]

Wander Forth the Sons - 7

‘Trust you to get your own pickup and chauffeur,’ Lindgren joked as she and Arys walked with Beckett into the shuttlebay. ‘It’s because I’m very important.’ But it was difficult to stop his smirk from souring, and that wasn’t the note Beckett wanted to leave on. He gave an exaggerated [...]

Wander Forth the Sons - 5

‘Your breathing’s off.’ The impact of Rhade’s blow against the punching bag was enough to force Kharth to plant her feet anyway. ‘…you still hit like a stampede.’ Rhade pivoted away from the bag with a frustrated huff. ‘My focus is off.’ ‘No kidding.’ She let the bag go and [...]

Wander Forth the Sons - 4

‘Attention on deck!’ Ever the professional, Commander Valance was first to her feet when the turbolift doors slid open and Fleet Captain Jericho set foot on Endeavour’s bridge. If he had been an impressive over the viewscreen, he was somehow more so in-person. The communications systems could [...]