A violent telepathic attack on Davir Airex has left his mind shattered and disconnected from his past lives. Only the intervention of those closest to him might save his life - and uncover secrets long buried.

I love you as certain dark things are to be loved,
in secret, between the shadow and the soul.

Once, he was Davir Hargan, a bright and friendly young man, the lover and partner of Saeihr Kharth, building a future and a career of scientific curiosity and close companionship. Then he became Davir Airex, the fifth host of his symbiont, and left her and his previous life without warning or explanation.

Once, he was Commander Airex, Chief Science Officer of the USS Endeavour, close friend of Karana Valance, a stalwart ally and dedicated explorer. Then he became a staff member for Fourth Fleet Intelligence, leaving his ship and friends just as suddenly and coldly as he had before.

Now Airex lies comatose on Starbase Bravo, incapacitated by a vicious telepathic attack by the renegade Karlan T’Sann. Only the intervention of those who know him best, aided by a Trill Guardian, can reconnect his mind to the symbiont and save his life. But beside the risks to everyone’s minds, further dangers abound: the danger the truth holds, going to a place where questions might finally be answered.

What has turned Davir away from those he loves, even his own family, over and over, since he became Joined? What is Airex’s connection to the Myriad, the mysterious figure in the criminal underworld responsible for destroying so many lives, and ordering the death of Saeihr Kharth’s father? And will Davir Airex continue to guard such secrets as others enter his mind and memories, even if shrouding them may cost him his own life – or the minds of those he once professed to care for? 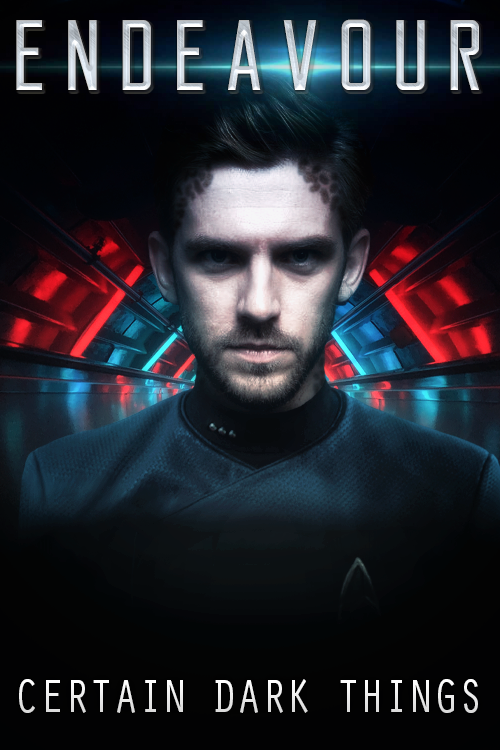 ‘Airex’s brain waves have stabilised and returned to match past levels,’ Pharan explained as he read from his PADD. ‘Yours are similarly levelling out. I will triple-check your test results on memory recall before I am prepared to say you’re recovered, but I’m optimistic that after some [...]

Hiss. He’d barely let off one snapshot before return fire blazed, and Nate Beckett had to swing back behind cover. A disruptor blast sparked into the metal behind where he’d been a heartbeat earlier, and he gritted his teeth. There was nothing for it. He’d have to crawl. Weapons fire kept [...]

At Lerin’s extended hand, Kharth stepped through the doorway into the blazing light of Teros’s sun. It shouldn’t have been this bright; the light of Teros was an anaemic thing, pale over a scrubland, capable of burning and still not quite warm. On one side stretched those endless wastes [...]

Now there were four biobeds in Airex’s room in Bravo’s infirmary, and Kharth had to hope this would be the end of it. She perched on the edge of hers and scrubbed her face with her hands. ‘So what’s this going to entail?’ ‘I’ll be connected as well,’ said Guardian Pharan, ‘and [...]