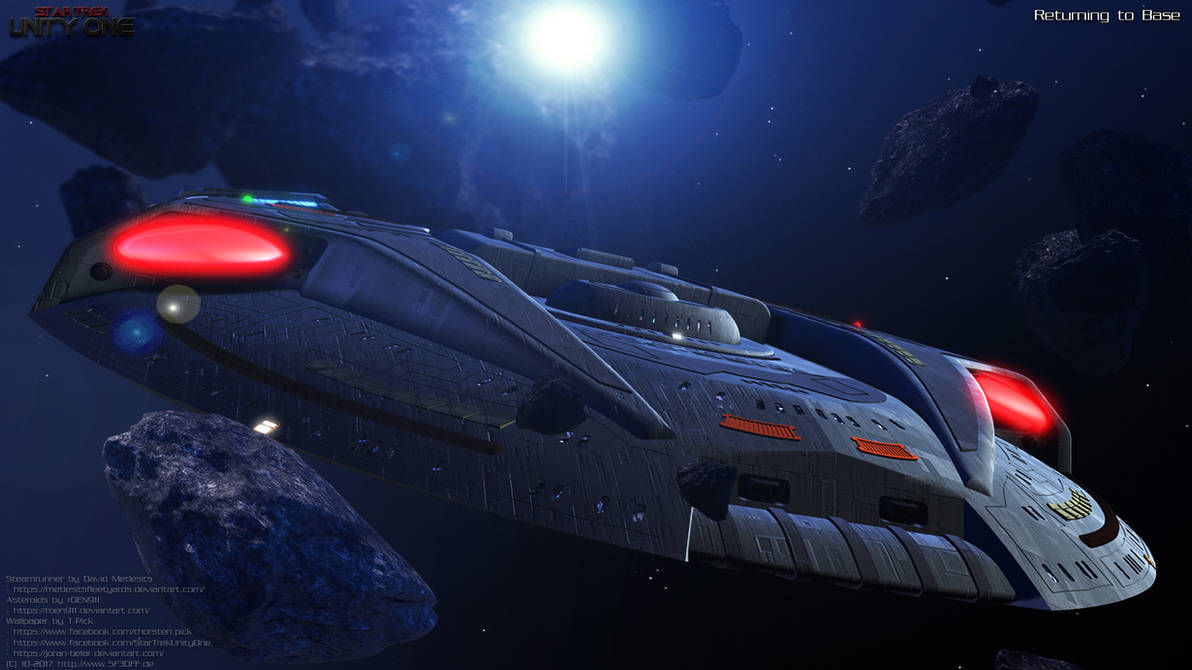 This is the edge of Federation space, where creature comforts are hard to come by. We're here to keep an eye on the Breen and whatever else may come across the border.

A cramped ship. A barren outpost. No support.

On the far fringes of Federation space a desolate, barren group of sectors continues its distant and unending orbit of the galactic core. Devoid of all but floating rock, gaseous clouds and rogue planetoids, it remains a region traversed by only the foolish, curious, or those with something to hide. Dormant for years since the Dominion war, a listening post floats listlessly deep within asteroid field 1-SZ. Its empty corridors are as cold and lifeless as the frozen, unforgiving vacuum it inhabits. Abandoned but not forgotten, its automated long range sensors sweep an area not far from the Breen border, keeping a vigilant eye on the activities of the reclusive Confederacy.

For decades, relay stations that snaked across the Alpha Quadrant transmitted nothing out of the ordinary. Quasar radio blasts, ion storms blowing through, neutron stars blasting radiation like lighthouse beams across murky seas of nothing all failed to even register as pertinent; too routine even for Starfleet’s exploratory mandate. That was until stardate 76228.7, 0600 hours, galactic central time. A single warp signature triggered an alert warning within Starbase 232’s Strategic Operations Centre. Then there was another, then another.

Exactly what the Breen’s motivations are for encroaching upon this seemingly irrelevant pocket of space remain unclear. Beyond Izar, and even Daled, there lies only the Klavdia system; the non-humanoid inhabited site of a research institute not visited by the Federation in decades. The USS Altai has been dispatched for long range reconnaissance patrol and reactivation of Outpost 1-SZ. Whatever the Breen are up to, it’s up to Commander Torden Streth and the crew of the Altai to find out.

Where Yeoman Has Gone Before

Streth beamed to himself. The day was going well. Days like this didn’t come by often, and he was damned if he wasn’t going to enjoy one when it did. This next meeting was a slightly different matter, however. He held the black box in his hand, as he had for Katsu earlier.  “Ensign Maec, [...]

Station Commander’s log, Stardate 777136.9. I must honestly say, I’m still getting used to it. Command of this station was not something I ever expected, nor did I anticipate the increased importance of this mission to Starfleet. It’s clear, however, that there’s more going on out here than [...]

Joran wandered the halls of the USS Altai without much direction. He had been cleared by medical not long before and was told where he could find his new quarters so he could get some rest. Given that he had spent most of his time over the last few days either in sickbay or in cryosleep Joran could [...]

Scattered to the Wind

Streth’s unblinking eyes were laser focused on the away team’s status readings. Jones and Vogler stood by, a feeling of helplessness draining the colour from their skin. All three life signs on the screen displayed elevated heart rates. Adrenaline and cortisol blood concentrations spiked high, [...]