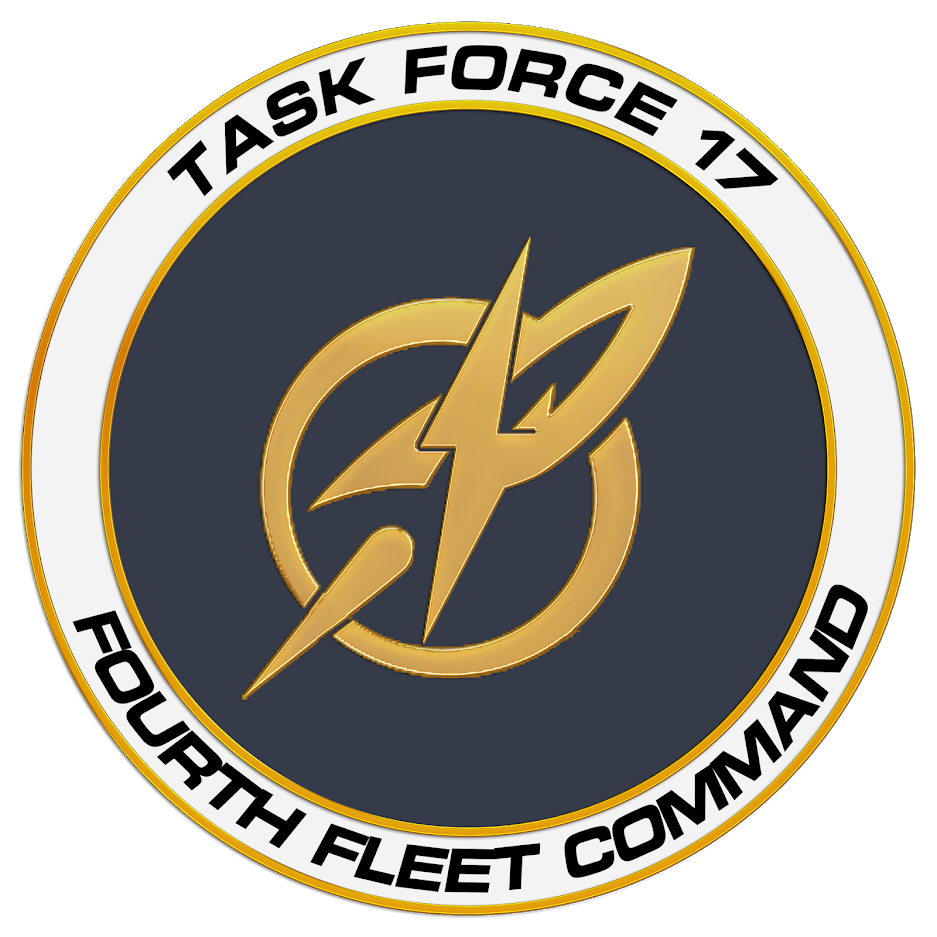 On behalf of Task Force 17, I’m transmitting linguacode friendship messages to you all.  The start of a new year is the perfect time for reflection and renewal.  Now that we’ve recorded all of our personal logs about the Blood Dilithium campaign, we’re charting a new course into the year ahead.  Task Force 17 is primed to join you all in deep space exploration across the four quadrants of everything Bravo Fleet has to offer!

In the earliest days of 2401, Deep Space 17 detected high energy discharges from all stellar phenomena and spatial anomalies across the Typhon Expanse.  In response, Task Force 17’s priority mission is to go forth and explore these anomalies: what are their origins, how can we protect spaceflight travellers from their hazards, and why have they supercharged after tons of blood dilithium was shunted into subspace?

We embark upon this priority mission with mixed emotions.  Since the last update, Erill’Yun Mek has stepped away as Task Force Commanding Officer, but not one moment before guiding us through the crown jewel of his most recent reign: the Blood Dilithium campaign.  With the Intelligence Office’s guidance, Mek elevated our haunted dilithium story into an intricate event that shall echo through the halls of Bravo Fleet canon forevermore!

I, Captain Andreus Kohl, have taken over as Task Force Commanding officer and that means we have a new Task Force Executive Officer among our ranks.  I’m delighted to announce that Kai, aka Captain Romaes Anjin, has been appointed as the new Task Force Executive Officer! A Bravo Fleet veteran of nearly twenty-three years, Kai most recently served as TFXO in Task Force 72 and brings a wealth of experience to the task force. You can find him writing for the new Prometheus Squadron, or aboard the USS Venture RPG. Kai will be helping to drive our activity in the coming months, so if you need any assistance with writing, creating wiki pages, coming up with competitions or taking part in gaming opportunities, feel free to reach out.

Task Force 17 has made a terrific showing in award-winning activity this quarter! Well done to all of you who have earned new medals and badges over the last couple of months. The task force medal chest grows ever larger thanks to the following:

The members of Task Force 17 have kicked off the new year with a bang!  Thank you all for the enthusiasm and affection you pour into our hobbies of roleplaying, gaming, competing and writing.  We’re so much stronger, and have tons more fun, as a community together.