Over the past year, the Bravo Fleet Admiralty has been consistently evaluating what has and has not worked within our organization. Our bread and butter, and why most people are here, is because of the roleplaying, world-building, and creative writing. A few things we’ve found with some of our task forces, specifically Task Force 72 and Task Force 93, is they’re stretched so “thin” by taking up entire quadrants of space. There were too many storylines either not getting enough attention, or just being ignored outright.

On the other side of the coin, we’ve been trying new things. One of those things was Task Force 25, which was meant to be a task force based on a single idea, rather than just an area of operations. The idea was grounded in what we’ve come to love about Star Trek: episodic and stand-alone storylines. Suffice it to say, that plan didn’t work out as we had hoped, but we’re totally okay with that! We’re willing to take shots on creative ideas in hopes that we can spark creativity or build something brilliant for everyone to enjoy. We also love providing all of our members with variety.

There has also been much confusion since we released the new model on the differences between our “member” task forces (25, 38, 72, and 93) and our “sim” task forces (64 and 99). We’ve decided to streamline that so that there are only “task forces”, all of which are made up of our members. 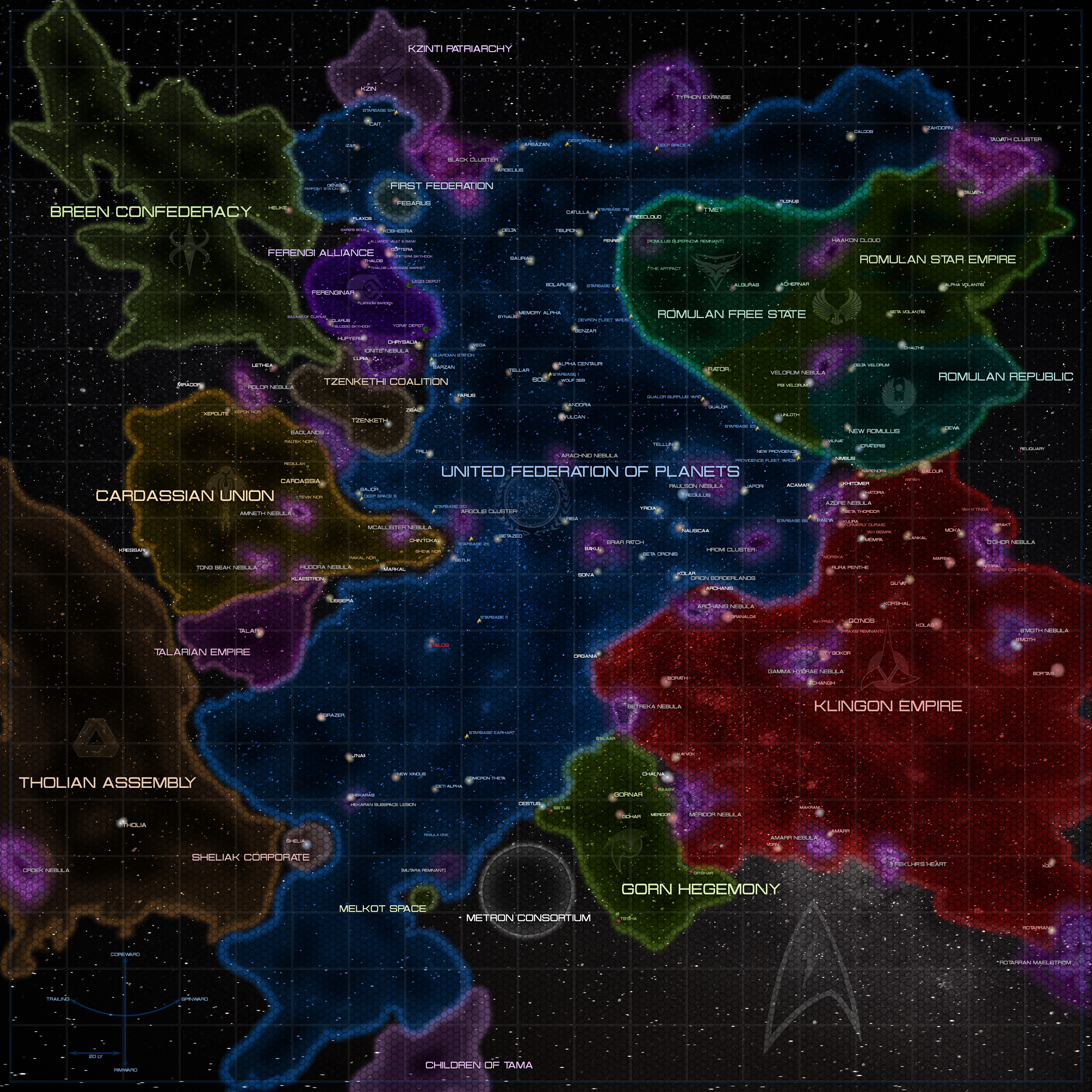 The Bravo Fleet Admiralty has decided to reopen Task Force 9 as our second Alpha Quadrant Task Force. It will be responsible for the “north-west” portion of the Alpha Quadrant, covering all Bravo Fleet canon related to the Breen, Tzenkethi, and the Ferengi. David will be moving over from Task Force 38 to command the new project, and Reece will be joining him as Task Force Executive Officer.

A short summary of the reinvigorated Task Force 9: 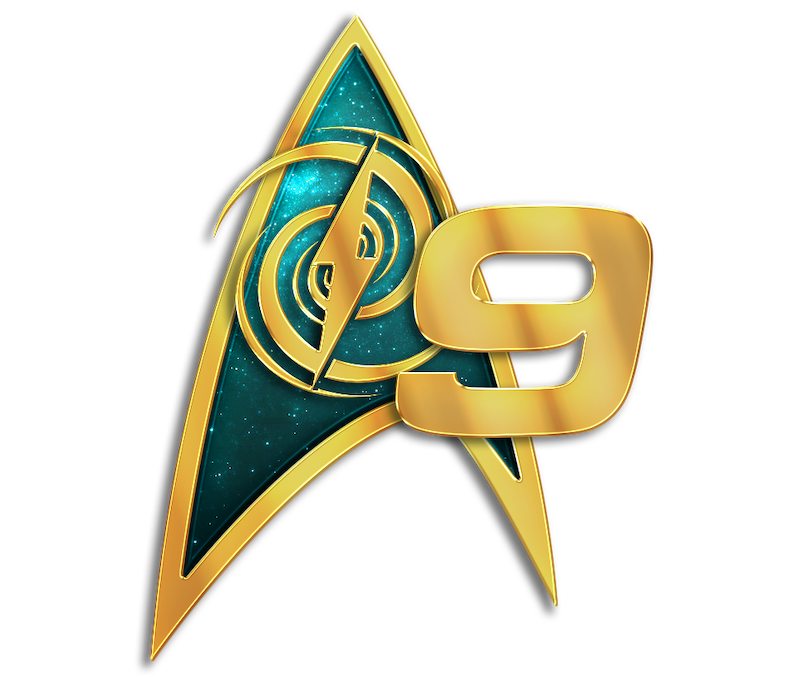 Long-tasked as serving as a bulwark between the Federation and hostile powers, Task Force 9 has been charged with defending the Federation’s coreward borders with the Breen, the Tzenkethi, and the Kzinti in order to secure the strategically-important Barzan system and to put a stop to the ongoing raids against neutral worlds in the region. Through diplomacy, innovation, and exploration, Task Force 9 strives to expand Federation influence in a volatile region plagued by violence, despair, and chaos.

The Guardians of the Gate exist to protect the innocent and ensure a bright new future for the Federation and its exploratory efforts through the Barzan Wormhole.

Task Force 72’s area of operations will now consist of the “south-west” portion of the Alpha Quadrant, covering the Cardassians, the Talarians, and the Tholians.

A short summary of the reinvigorated Task Force 86:

Starfleet’s resources have been stretched thin since the end of the Dominion War. A series of cataclysmic events both within the Federation and on its spinward-coreward borders forced Starfleet, for a time, to protect itself.

A scant ten years after the worst conflict Starfleet had seen for 120 years, the Federation witnessed the destruction of Mars in 2385 and the Romulan supernova after that. As a result, Starfleet pulled back on all fronts where it could and diverted those resources.

No border went unscathed in these lean times. Starfleet had to compromise, capitulate, and negotiate rather than rely on its commonly held ideals. Much of their focus remained along the former Romulan Neutral Zone and the ongoing assistance of trying to rebuild a better Cardassia. New opportunities in the Delta Quadrant felt like a fresh start. And the Borg threat seemed distant (yet they remain ever the Bogeyman). The Romulans are of little danger, splintered into three factions as often at each other’s throats as any other.

The forced consolidation of borders that saw the most collateral drawback was the rimward-spinward frontier of the Federation: the Klingon and Gorn theatre. As allies with a bond strengthened by fighting shoulder to shoulder in the Dominion War, Starfleet didn’t see a potential security issue with the Klingon Empire. And, dutifully, the Klingons have remained staunch allies. Their Chancellor, an aging Martok, supports the Federation-Klingon Alliance, and he has an ambassador that he trusts to make inscrutable Human motives make more sense to him.

But it has not been the placid stability the Federation hoped for when they chose to pull back. And now, as Starfleet understands its presence may be necessary again, they find that the vacuum left has been filled, in part, by others.

Task Force 93’s area of operations will consist of the “north-east” portion of the Beta Quadrant, covering the Romulans.

With David taking command of Task Force 9, the Bravo Fleet Admiralty has confirmed Mark as Task Force 38’s new Commanding Officer. Mark has been working with David for the past few months to learn our new model, and he’s already hit the ground running. Christopher, Task Force 38’s Chief of Staff, will be stepping into the role of Task Force Executive Officer. Congratulations to Mark and Chris! 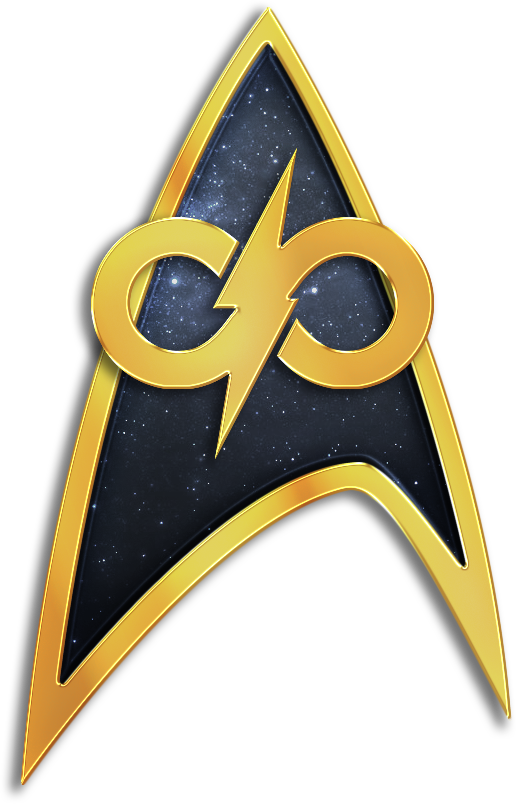 Over the past few weeks of seeing our new model in action, we realized there was a lot of confusion between “member” Task Forces and “sim” Task Forces. Instead of continuing to define Task Force 64 and Task Force 99 as “Task Forces,” the Admiralty has decided to open up a division within the Lore Office called The Holodeck. This division will contain all of the games outside Bravo Fleet’s current year and/or canon universe. All of the sims in Task Force 64 and Task Force 99 will move to the Holodeck, those task forces will be dissolved, and MJ will be stepping up as the Command Adjutant for The Holodeck, running the division’s day-to-day operations.

What does this mean if you run a game or are on a game in either Task Force 64 or Task Force 99, moving forward? Nothing. Business as usual for you, and continue to do what you do best! Fundamentally, The Holodeck will operate and look the same as a task force. We’re just using a naming convention and grouping that works well, and separates itself from the idea of a “task force” and what that means for Bravo Fleet these days!

As you all know, Jon returned to the fleet a few months ago to help us stabilize the Magistrate Office with a steady, familiar face. He’s worked with us over the past few months to build his team, including a new Investigator and a full Appeals Panel should any complaint go to trial. We knew Jon would only be with us temporarily, and a few days ago he decided to return to the Conservatorship. To replace him the BFA wanted someone who was equally a steady and familiar face in the fleet well versed in its operations. The Bravo Fleet Admiralty has already voted and confirmed Sean as our new Magistrate.

The new staff members within the Magistrate Office are as follows:

A few days ago, Aaron, the BFIO, informed the Admiralty that he no longer has the time to commit to running the Internet Office. The Bravo Fleet Internet Officer position requires someone with a lot of time and a very specific skill set. After careful consideration, the Admiralty decided to leave the position vacant. For now, I’ll be running the day-to-day operations of the department with Reece’s help. If you have any questions related to the Internet Office, you can reach us at internet@bravofleet.com.