As consummate seekers, the crew of the science ship Dvorak goes boldly into the Typhon Expanse to seek out the undefined bonds that hold civilizations together. 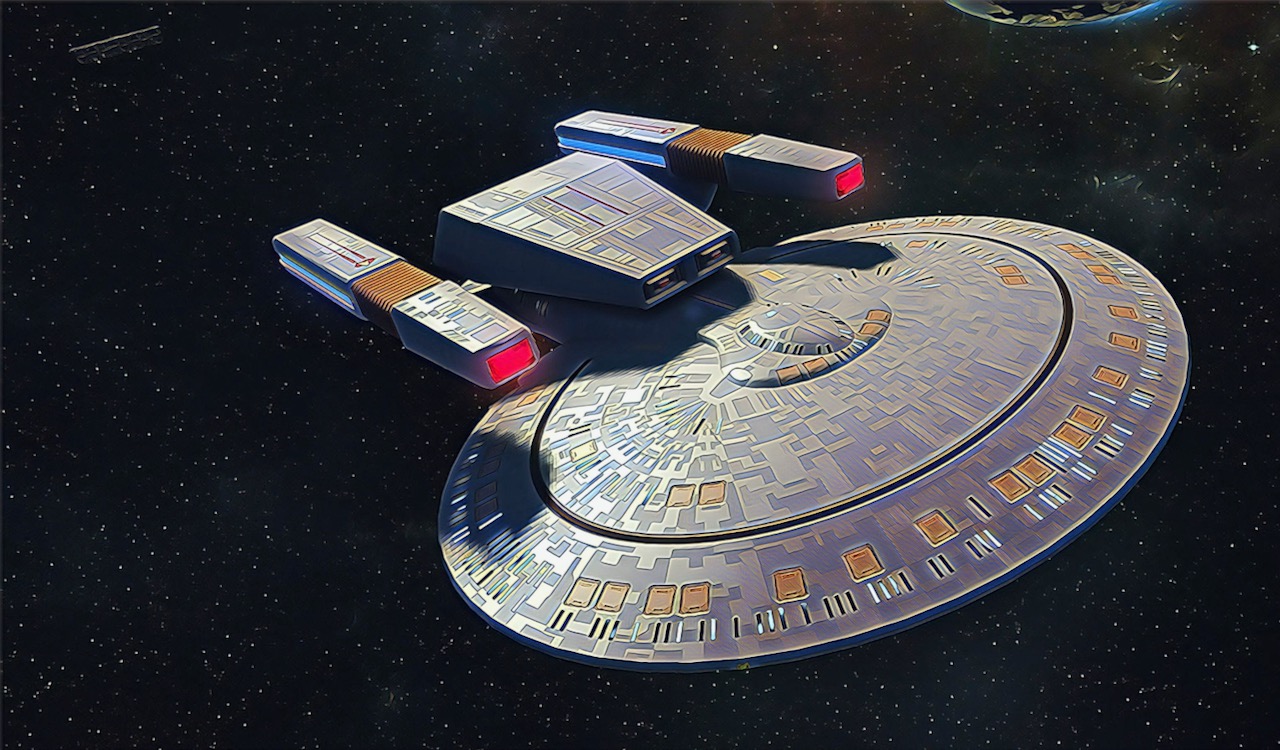 The USS Dvorak serves as a Springfield-class science vessel assigned to the Fourth Fleet’s Deep Space Operations, Task Force 17 in exploration of the Typhon Expanse.  With a crew compliment of two-hundred (and a sizeable portion of them science officers) the USS Dvorak operates as a mobile research platform. The ship’s mission module has been configured for the social sciences — specializing in mission of archaeology and anthropology.

As a purpose-built science ship, the Springfield-class’ specialized laboratories are available for nearly every scientific sub-division, each of them conducting independent research beyond the ship’s primary missions. Constructed in the expansive heydays of the mid-24th century, the Dvorak is a ship designed for comfort, maintaining its retro-resort aesthetic in carpeted surfaces and natural woods. The crew culture matches the interiors: as a whole, they tend to respect whomever has the most published articles, rather than who wears the most rank pips.

At the dawn of 2400, Captain Taes took command of the USS Dvorak, after an extensive refit and shakedown cruise under retiring Captain Aloysius Sefton.

For content which equates to roughly a 16+ rating, these stories are rated: 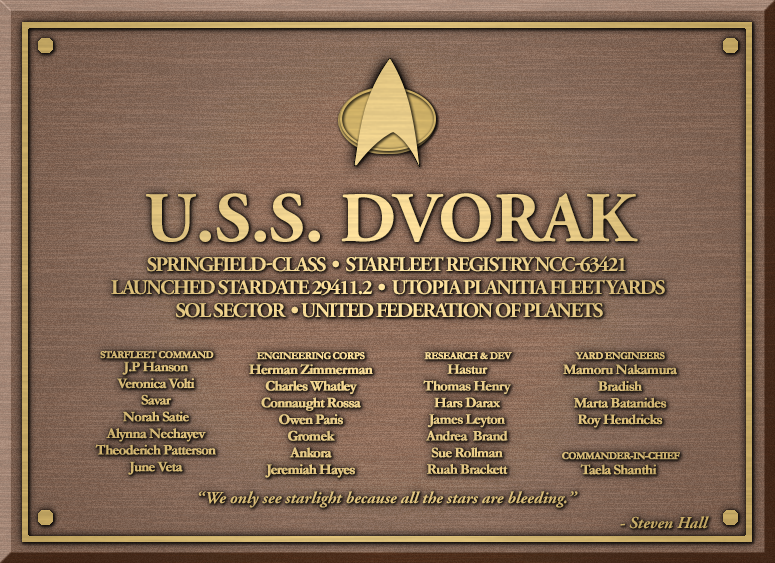 Be it scientific missions of exploration, research or diplomacy, the Dvorak crew seek out the undefined bonds that hold civilizations together.

The Clanging Chimes of Doom

“–reviewed the internal sensor logs from Refinery 04H.  Personally,” said Kecene, the Reman Consul of Vitality.  She spoke slowly, luxuriating in every word.  The elder Reman presented herself as an austere figure, clad in traditional Reman body armour.  Captain Taes [...]

Greatest Gift They'll Get This Year Is

“–did everything in my ability.  Despite every effort to resuscitate her, Priya Susarla is dead,” reported Doctor Pimpinellifolia. Captain Taes felt dizzy.  Standing there in the dimly lit morgue felt oddly absurd, provoking a momentary out-of-body sensation for Taes.  Her [...]

World of Dread and Fear

“You may lie back now, please,” Doctor Pimpinellifolia requested of their patient.  “Make efforts to lay still while the surgical implements are active.”   While they spoke, Nelli watched the Reman on the biobed look them up and down.  Likely, Nelli’s patient was struggling [...]

Spread a Smile of Joy

In the underground depths of Refinery 27C, Lieutenant Kellin Rayco touched an empty metal bracket on the wall. He had observed Lieutenant Nune disassemble every fixture in this room before replacing those fixtures with hydroponic gardening equipment.  Ponderously, Kellin tapped at the bracket [...]