Seeking shelter beyond the reach of the Century Storm, the Archaeology & Anthropology team on the USS Nestus seek to understand the resilience of survivors from the ion storms.

At the close of 2399, Commander Taes was assigned to captain the Raven-class corvette, USS Nestus, while she completed the command training program.  Leveraging her Starfleet career in the social sciences, Commander Taes led specialist teams on archaeology and anthropology missions, until a full-time command became available for her.  Operating out of Starbase 72, small science crews were rotated onto the ship, from the starbase, on a mission-by-mission basis.

To escape the Century Storm raging across the Paulson Nebula in early 2400, survivors from the lunar colony on Eldflaugar have been resettled to the planet Haven by the USS Gheryzan. An anthropology team aboard the science vessel Nestus has been embedded in the resettlement efforts to conduct their own field research. Can Commander Taes’ A&A team uncover ancestral truths to surviving these kinds of disasters? 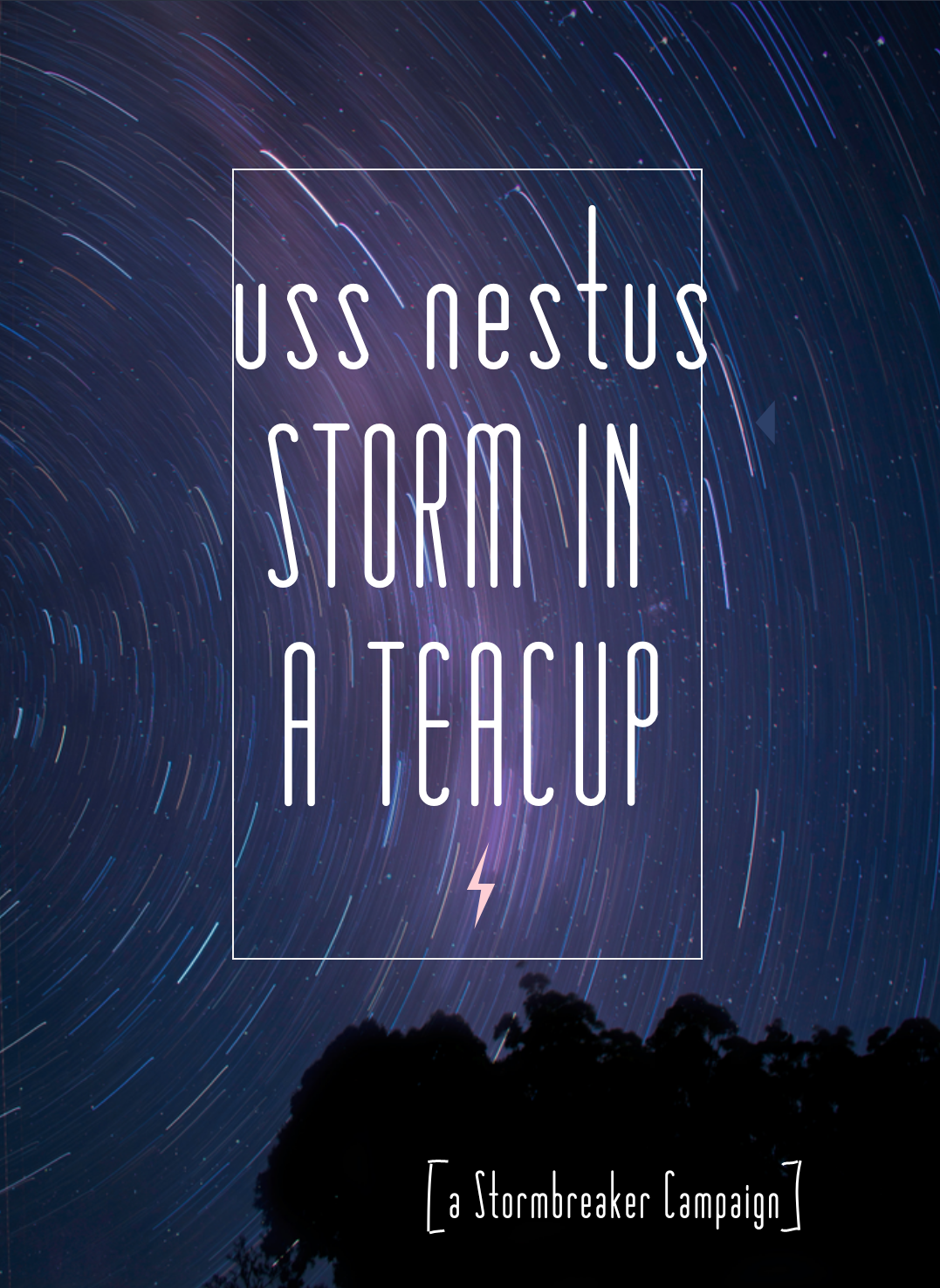 Storm in a Teacup

Standing at parade rest, Security Chief Kellin Rayco was overcome with a feeling like déjà vu.  The face-off between Science Chief Yuulik and Captain Taes reminded him of when his younger sisters would get into fights.  Kellin was nominally considered to be the peacemaker then and now, but he [...]

Seated behind the desk in her briefing room, Commander Taes invited her two senior officers to sit across from her.  Taes had made them wait for her, in silence, while she replicated a pot of strong tea.  She knew Sootrah Yuulik preferred her drinks bitter and Kellin Rayco took it with [...]

Captain’s Personal Log, Supplemental.   Will this be the mission? Will this be enough?   Our anthropology team has made intrepid progress in gathering volunteers to participate in our ethnographic interviews. The survivors have responded well to the completion of short, quantitative [...]

Captain’s Log, Supplemental.   We have arrived at the planet Haven, where the USS Gheryzan has fabricated emergency shelters outside the town of Composure. Nestus has landed in a clearing, just beyond the settlement. While the First Electorine of Haven has made welcome the survivors of [...]