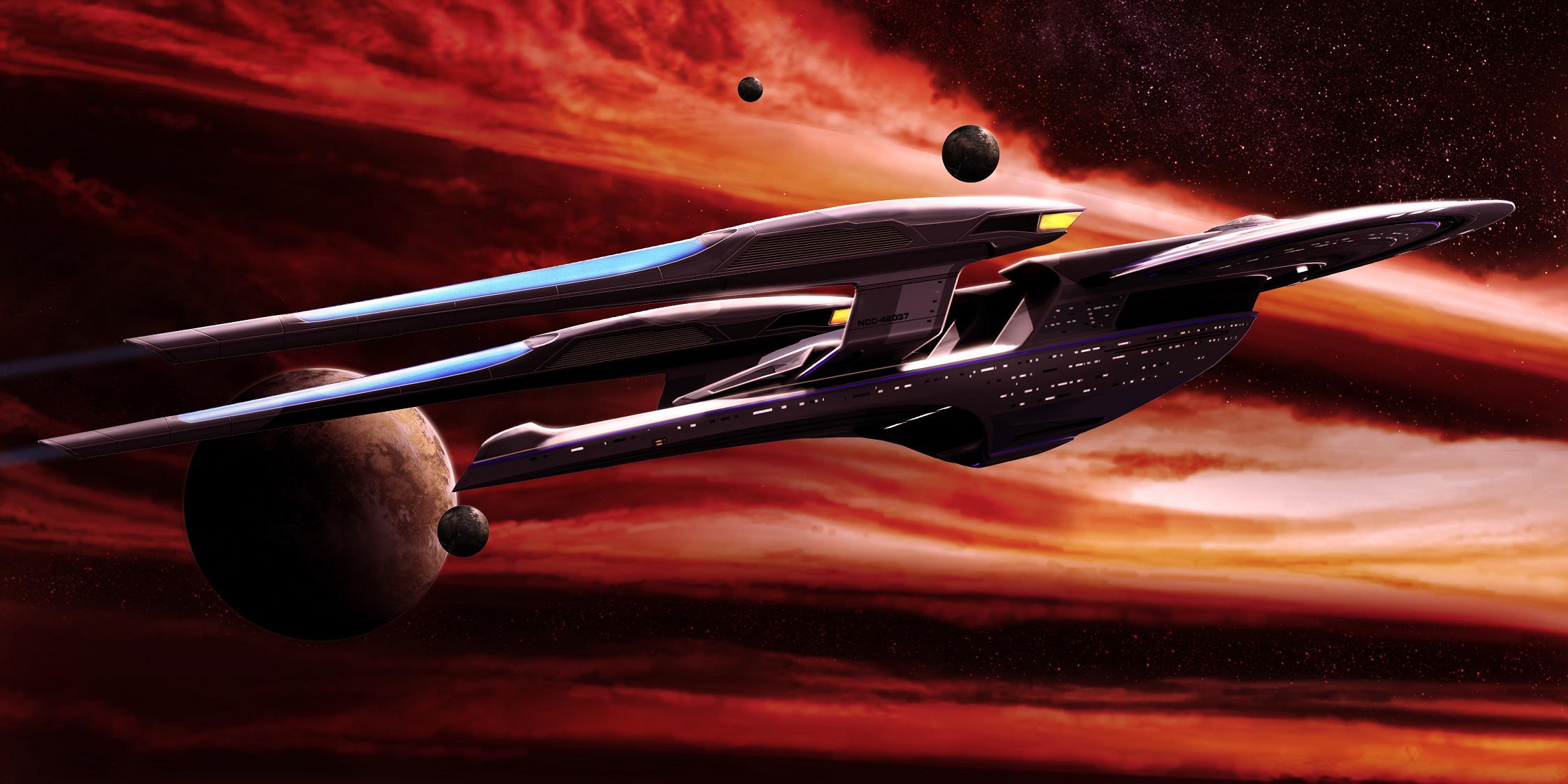 Welcome aboard the USS Aquarius as it begins its adventures in the old Romulan Neutral Zone. Since the attack on Mars and the subsequent withdrawal from evacuations from the impending supernova, many Romulan refugees distrust Starfleet. The Aquarius will face challenges as they attempt to give humanitarian aid to these refugee worlds. Hopefully, over time with diplomacy and patience, they can begin to repair the damage.

The USS Aquarius (NCC-87003) is an Excelsior II-class heavy cruiser that was introduced in the late 2380s as a modern update to the long-serving Excelsior-class cruiser, which had just passed its tenth decade in continuous service. Unlike the similar-looking but much larger Obena-class explorer, the Excelsior II is designed to fill precisely the same niche held by the Excelsior: a medium-sized all-rounder. Working in tandem with her contemporary, the Reliant-class frigate, the Excelsior II is a solid, dependable cruiser that shores up patrol lines and handles generalist duties within and near Federation space. Under the command of Captain Vaelana, Aquarius is operating in the old Romulan Neutral Zone in the Beta Quadrant.

Daniel looked around the transporter room as it slowly became visible during the transporter re-materialization process. Arriving in one piece after a short delay, he nodded to the transporter chief as he was welcomed to the station. Daniel stepped off the pad, repositioning the shoulder strap of [...]

Lt. Elizabeth Kyle sat alone in the officer’s lounge.  It was a quiet night.   Most of the crew were either in bed or on the station enjoying some time away from the ship.  For Elizabeth she had no desire to visit the station, and for some strange and unexplained reason she couldn’t sleep. [...]

=/\= Starbase 874.  One Week Ago. =/\= “So, you’re not convinced?” The Admiral sat at his desk and seemed to reign in his annoyance at being questioned by a doctor, of all things.  “In as much as we believe we know who your attackers were,” he rose from his desk and rounded the [...]

The Best and Only Option

[JP done with Vice-Admiral Bennet] “The communications have been established.” Said the young Antedan ops-technician. “You can step into the room now, Commander.” Vaelana stood up from the waiting bench in the communications hub waiting room and made her way over to the front desk where the [...]