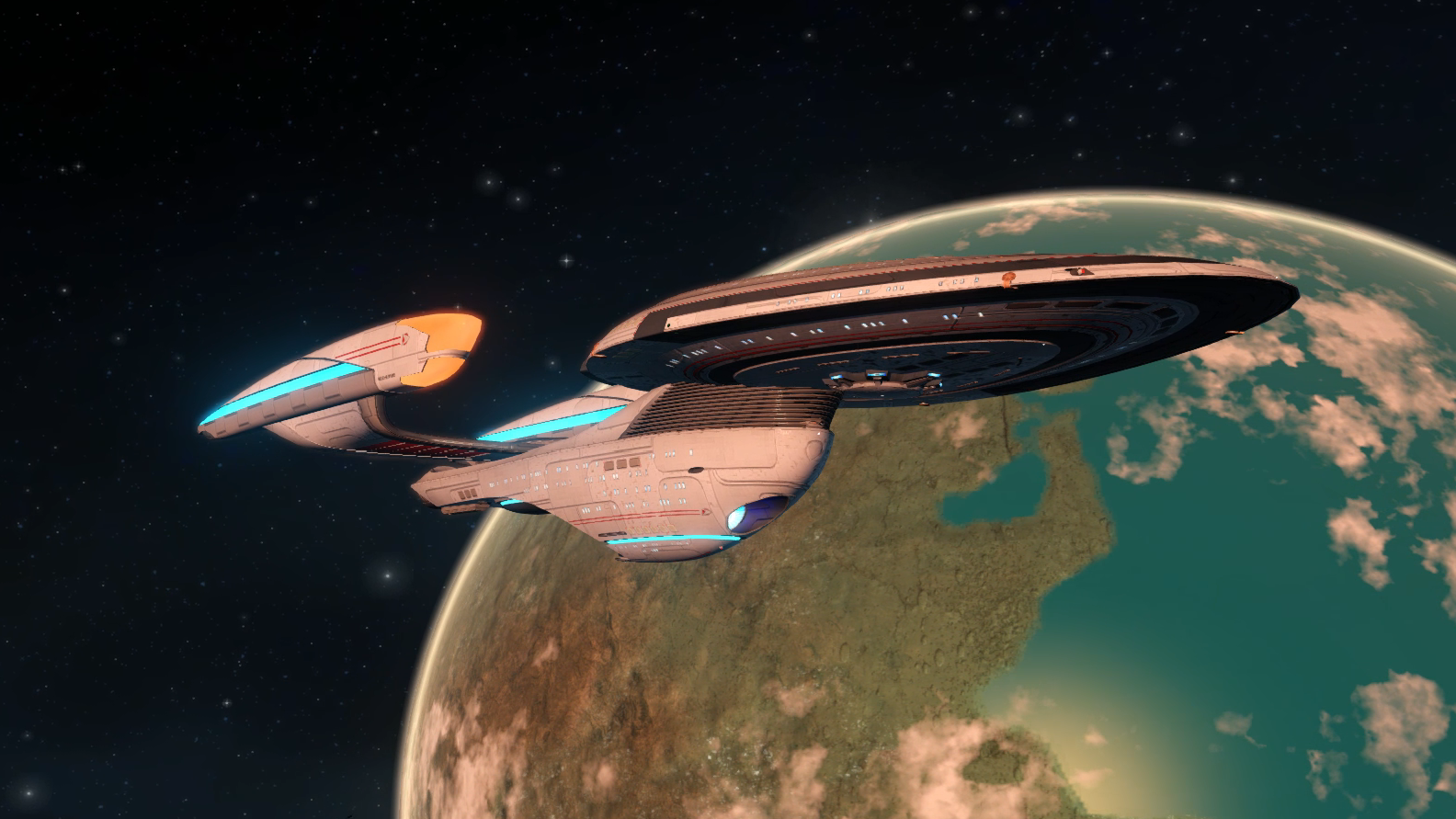 The USS Horizon, is a Resolute-class heavy cruiser, built as a modern replacement for the long-serving Excelsior-class cruiser. Designed with many well-tested technologies, the Horizon and all of it’s sister ships were intended to replace the Excelsior as Starfleet’s standard ship-of-the-line, handling routine duties and patrols alongside the Reliant-class light cruiser that it complements. Under the command of Captain Treylana Hess, she tasked with continued deep space exploration in areas such as the Delta Quadrant as a part of the Fourth Fleet’s Task Force 72, 47th Task Group.

or approximately a 16+ rating 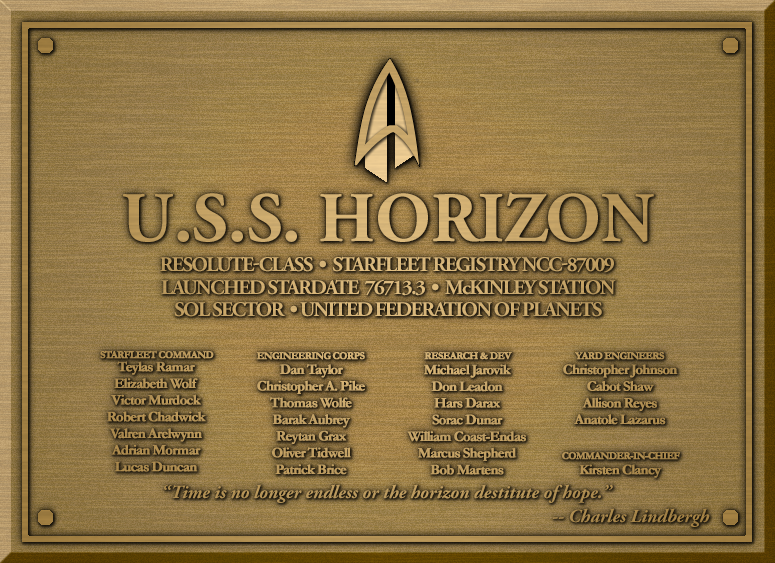 Rocking from side to side, a bead of sweat trickled down the side of Treylana’s right cheek. Her eyes fixated on the small canary yellow ball in the palm of her opponent’s hand as it was thrown once to the clay surface and caught; then again. Her opponent paused and stared her down for a brief [...]

Earth Spacedock Gazing past her reflection on the surface of the transparent aluminum windows of the observation deck overlooking the hangar bay, Treylana watched the workbees and other small maintenance and supply craft moving about the various ships currently berthed at Earth Spacedock. She [...]

It was eleven-hundred hours. Atlantia had been docked for a little more than an hour. When Xenie heard the captain’s address that shore leave had been granted she wasted no time. She hadn’t seen her parents in over three years due to her deep space assignment. With haste, she opened up a [...]

Sumiko wasted no time leaving the hall after the panel had concluded. If she was going to find this Vulcan, Ruvok, she was going to have to get out before anyone else had the chance. Arriving in the main foyer, she looked around trying to see if she could spot him. He probably hasn’t come out [...]