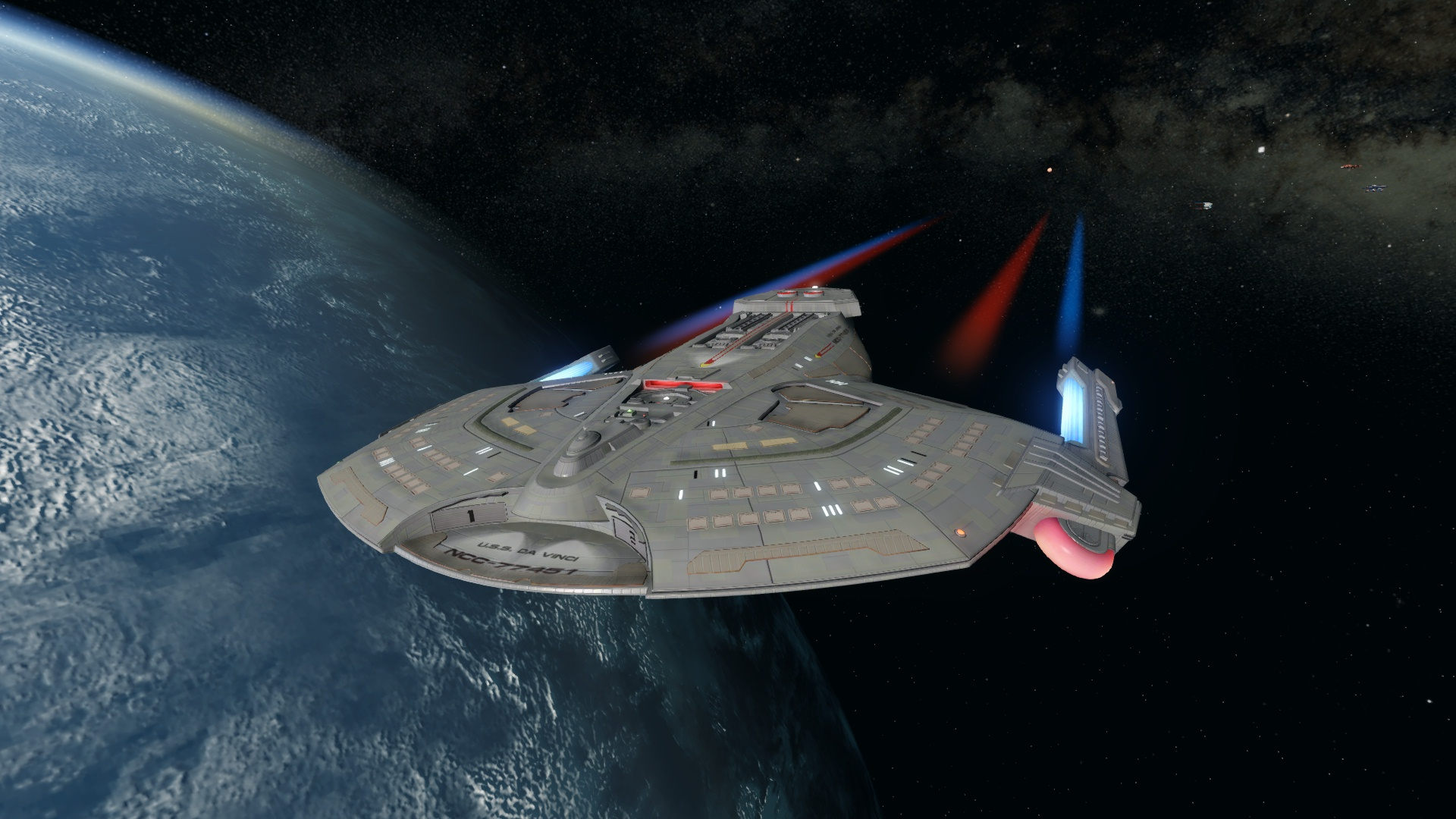 The da Vinci has a long history of service in Starfleet generally and with the Starfleet Corps of Engineers specifically, utilized as a testbed vessel for prototype and experimental technology, as well as carrying a significant compliment of SCE teams to various assignments throughout the Alpha, Beta, and Gamma Quadrants.

In more recent years, many of those prototype systems were stripped from the vessel due to growing concerns over the complexity of interactions between the various components and signs of growing technical complications and glitches across the ship as a whole.

After undergoing a two-year long refit at Devron Fleet Yards to do so, the da Vinci was relaunched in more standardized and integrated systems and placed under the command of former engineer, Commander Francheszka Braxton, and assigned to provide support to renewed humanitarian efforts among the border worlds of the former Romulan Neutral Zone.

The da Vinci was assigned to do this to act as a rapid crisis response vessel, to patrol the area and answer distress calls and respond to disasters where the Corps of Engineers would be able to offer assistance. Should a task require more resources than the Saber-class starship could offer, than the da Vinci would (in theory) be able to at least hold the situation together until a larger or more specialized response could be assembled and sent from Starfleet Command.

In Old Earth philosophy, there was a quandary put forth that used the mythology of Ancient Greece as an allegory: The ship of Theseus. Theseus the Hero acquires a new ship and leaves port to head off on new adventures…as he does, the ship acquires some minor damage and he replaces a few planks in [...]