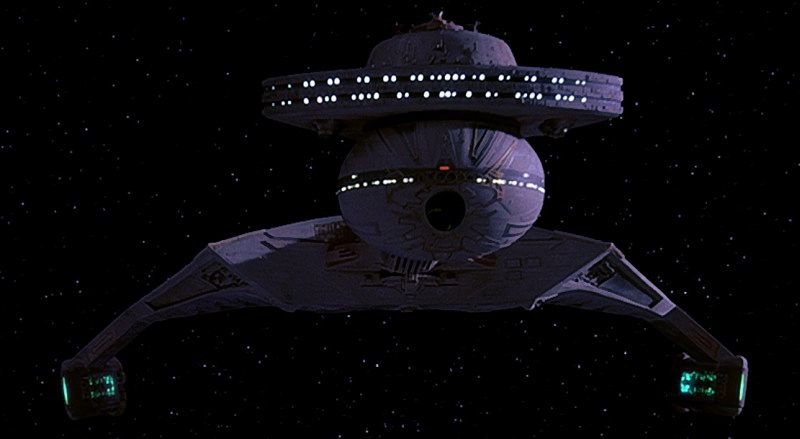 The SS Vondem Rose is a duly registered and certified armed merchant vessel of the United Federation of Planets, owned in part by no less then twelve shareholders. Major shareholders in the vessel are Sidda Sadovu & Gaeda Ruiz, both Federation citizens, as well as a third party that on papers is noted only as Revin.

The SS Vondem Rose serves as the mobile headquarters for Totally Legitimate Salvage Operators LLC, owned by the same shareholders as the vessel itself.

While the vessel bares a striking resemblance to a modern Klingon Defence Force Block 5 K’t’inga class battlecruiser, the Bureau of Ship Registration would like to remind all interested parties that the vessel is merely an armed merchant vessel. Distinguishing marks are the purple paint scheme and the stylised rose emblem on the ship’s hull.

The Vondem Rose was present in the recent Battle of Haydorien, where she played a small but critical role in defending a Starfleet minelayer as well as assisting in the post battle salvage operations, removing an abandoned Klingon bird of prey from being an obstacle in a major shipping lane. This vessel is now the priority courier vessel SS Martian Thorn and is a wholly owned asset of the above mentioned company.

The stories of the Vondem Rose and her crew are rated:

“Why can’t anything ever go according to plan?” Deidrick shouted as he and four others were hunkered down behind a barricade, pinned in place by a continuous stream of particle weapons fire from a dozen Devore soldiers no more than ten meters away. Soldiers with way better firing [...]

There had been no call to surrender, no polite request to stand down, just a vicious surprise attack that was as merciless and efficient as could be achieved. It was the type of attack that could only be pulled off right at the start of a fight, only against an unaware enemy and only if the [...]

“What the hell is going on here?” Orelia barked as she stepped through the main doors into Engineering, summoned by the team she’d sent down to check on the twins after Sidda’s suggestion. T’Ael for her part had been found obsessively reading a Klingon repair guide, barely acknowledging [...]

There was a singular environmental setting that R’tin and T’Ael, in all their exploration of the Vondem Rose’s computer systems, had never been able to find and change. It had a specific set of requirements, but one that both Klingon warships and marauding pirates in a stolen Klingon ship [...]