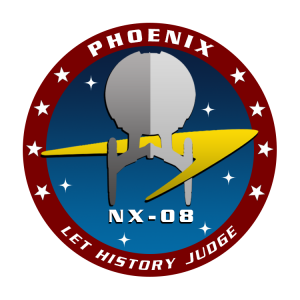 ‘Our foray only caught the attention of two scouts. At that point, Commander Khaldun and I realised we were not drawing enough, if any, enemy presence away from Gliese-47, and suspected the Romulans were up to something.’ Captain Nwadike’s voice was low and measured as he stood by the display [...]

It was early morning, and he was warm in his bed, comfortable in that state of semi-consciousness, all the world a cocoon of darkness and thought. Soon he would have to act, but for the moment he could rest, stay cosy, reflect, even if the alarm was about to go off. Then it went off, and Hawthorne [...]

‘This better work,’ Lopez heard West mumble as she passed his station on her way to the command chair four hours later. ‘It’ll work,’ said keen-eared Takahashi, with all the confidence she knew he couldn’t be feeling. ‘Tharan wouldn’t have agreed otherwise,’ chipped in Black from [...]

‘Tak!’ The office for Communications wasn’t very big, because neither was the department. But Takahashi had hoped he could come in here to get away from the others, and now he realised all he’d done was create a space where he could be cornered as Black burst in. ‘Come on, in, Helena. Sit [...]