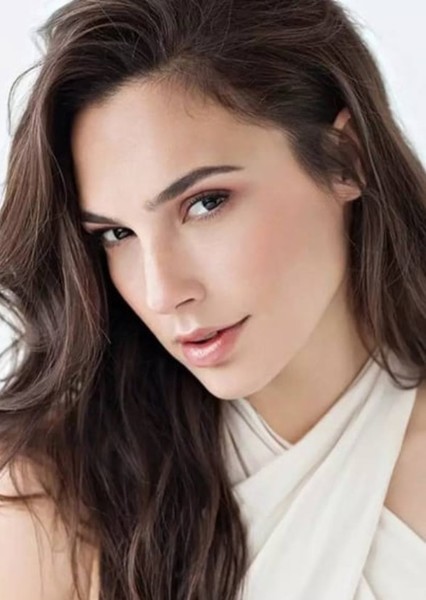 A Vulcan doctor assigned as the Chief Medical Officer to the USS Spartan.

While on imagines Vulcan and Vulcans as being solely intellectuals and scientists, inventing new technologies and standing around solving the universe’s most complex problems no society can exist on pure thought alone. Fer’at for example was tasked with ensuring that his city’s sewage was properly collected, recycled, and repurposed. Living in a desert city where water was scarce it was important to make every drop count and to ensure nothing was lost. While it was unglamorous work, it was logical that someone needed to do it and so he did it. Inefficiencies in the system could lead to drought, sickness, and even deaths.

Growing up N’Vea saw the importance of what her father did, despite him not being as celebrated as her classmate’s parents who tended to be lecturers in universities, scientists, and such. Despite her father’s role being a scientific one, the fact that it dealt with a rather unspoken physical need meant that the family lived a rather quiet and uncelebrated life.

N’Vea’s mother was not around much as she grew up. Her birth had been a result of Pon Farr, and not a legal marriage that was consummated. Mitrani left her daughter to be raised by her one-time mate and moved to a Vulcan colony a few months after N’Vea’s birth. As such N’Vea never had siblings and was not close to any of her family save for her father. Her bond with her father however was strong, and the two seemed to favour each other’s company more than any other. For a long time N’Vea thought that she would follow in her father’s footsteps, becoming a waste engineer and helping to deal with the planet’s biological output.

Seeing how a simple thing like how biological waste is repurposed could affect public health, N’Vea began to study health in school. First with the intention of following her father into his profession and then realizing that she had a fondness for biology and xenobiology towards being a doctor. After being accepted into the Vulcan Science Academy she received a degree in xenobiology. While she had the ability to stay on Vulcan, she was accepted into the Earth University of Harvard’s Medical Program and thus began her eight years on the human world.

As with most non-Starfleet schools on Earth Harvard Medical catered to a predominantly human student body. While a Vulcan was not entirely unheard of, in most classes she was the only one, and her ears and overall Vulcan demeanor marked her as an outsider from the beginning. N’Vea grew her hair longer, covering her ears, and was for the most part less talkative in class than she might have otherwise been. One might have even accused her of being ‘shy’, but she would have countered by suggesting there was no logical reason to mark herself as being different as that only would result in treatment that differed from that of other students.

After becoming a medical doctor N’Vea wanted the chance to practice medicine in a more multi-species environment than if she returned to Vulcan so she extended her stay on Earth and enrolled in Starfleet Academy. While many cadets get their medical degrees after the Academy, or during, N’Vea found that having a Phd was an advantage, even if it meant that she was older than many of her classmates. While she did not fit in exactly, she did her best to be adaptable, trying hard to avoid the cold and standoffish persona that many Vulcans give off when in the company of more expressive races. Her medical training had also taught her the need to show empathy and emotion, something which she practiced on her classmates trying to be empathetic when they were stressed over an upcoming test, or sad about an ended relationship.

Update: Updated for the “Captain On Deck” Dossier Competition – these events have not happened and occur in the future.

Following several years aboard the USS Spartan N’Vea was reassigned to Starbase 44 where she was the station’s Chief Medical Officer rising to the rank of Lieutenant Commander. The post was much more sedate, allowing her to focus on research but the doctor missed the importance of ship side medical work finding being the CMO of a station more a political posting than anything, focused on education and ensuring officers and other personnel followed medical guidelines.

An environmental disaster caused by a sudden and unanticipated increase in volcanic activity on a human colony not far from the Starbase required a mass evacuation of the planet. Starfleet recommissioned the USS Apollo, an Atlantia class starship that had been mothballed a year previously. Assigned as the ship’s Captain N’Vea was sent to the planet to begin the evacuation, as other ships from around the quadrant were called in. During this planet-wide evacuation, the Apollo packed every available foot of the ship with a refugee from the planet and commandeered medical beds from hospitals that had been evacuated to ensure that they had enough spaces for everyone.

Though the crew had been makeshift, tossed together from the unassigned crew, new academy grads, and starbase personnel the Apollo and N’Vea herself were recognized by Starfleet for going above and beyond during the evacuation. The Admiralty made the decision not to once again decommission the ship but instead returned it to active duty under the command of its new CO.