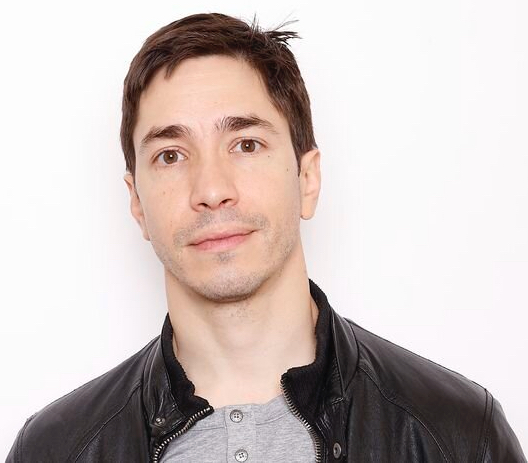 Commander Maxwell Stafford is Executive Officer of the U.S.S. Cygnus.

Maxwell Stafford is the first-born child of Neil and Judith Stafford, civilian lawyers on the Federation’s Proxima Colony.  The family would grow three years later when the couple welcomed their second child, Mallorie, and again eight years after that when their youngest child, Remi, was born.

Max was always close to his siblings and as they grew older, he became ever more protective of them.  He was always particularly protective of his younger brother because of the vast difference in ages.  Most older brothers would become easily annoyed by their younger siblings, but Maxwell loved spending time with them.

He inherited his parents love of music and at the age of nine he began taking cello lessons after school.  He continues to play the cello as a way to relax after a long day on duty.  He has always loved swimming and would often be taken to the local pool by his father and their shared love of swimming allowed them to develop a close bond.

Both Neil and Judith had hoped their eldest son would follow them into the legal profession, but Maxwell was always looking up at the starts, wanting to be out there exploring them and had his mind set on a career in Starfleet from an early age.  The older he got, the more he wanted to fly starships and when it came time to apply to the Academy, that’s what he did.

The journey to Starfleet Academy on Earth was only the third time that he’d ever travelled off of Proxima Colony and the first time that he’d travelled on his own.  Maxwell found the Academy to be a massive change of culture and struggled to adjust to it in the first few weeks.  Eventually he began to find his way and towards the end of his first semester he had integrated into Academy life and was performing better in his classes.

Maxwell loved his time at the Academy.  Once his grades recovered after the first semester, he worked hard to maintain them, though not at the expense of taking part in the social aspects of life at the Academy.  He joined the Academy’s orchestra and yoga and hiking clubs that were run by fellow cadets.

Maxwell graduated with a degree in aerospace engineering, was commissioned an Ensign and assigned to the Galaxy-class U.S.S. Venture as a Shuttle Pilot and relief Flight Control Officer.  This was disappointing to the young Ensign who felt that it was a waste of his considerable piloting skills.  He would spend Gamma shift in the Shuttlebay and Delta shift on the Bridge as the relief Flight Control Officer.  That meant he would usually only spend a few minutes at the Helm while the duty officer was taking a break or using the head.  He made sure to work hard in an attempt to prove himself capable of more.

This continued for two years until Maxwell was promoted to Lieutenant Junior Grade.  At the same time, he moved up to the duty Flight Control Officer position and would now spend entire shifts at the controls of the Venture.  This was a big step up for the young junior Lieutenant and he never allowed himself to become complacent.

His hard work would pay off again two years later when he was promoted to Lieutenant and to the billet of Assistant Chief Flight Control Officer.  This was his first real leadership role and, thanks to being the eldest sibling, his leadership skills were already well developed even before he got to the Academy.  He knew that leadership was as much about looking out for the people under his command as it was about issuing orders and disciplining people.

In mid-2386, Maxwell received orders to report aboard the Nebula-class U.S.S. Endeavour as her new Chief Flight Control Officer.  For the first time he would be responsible for leading a department and this would be only the second class of Starship that he would get to fly in his career.

Max continued to work hard, a work ethic instilled in him by his parents and within two years of arriving on the Endeavour, he was promoted to the rank of Lieutenant Commander.  By this time, Maxwell was eying a career beyond flying; he wanted to command a ship of his own.  He took the Bridge Officer’s Exam as the first stone in his path to starship command.  Four years after his promotion to Lieutenant Commander, he was approached about taking on the role of Second Officer, in addition to his normal duties.  Max jumped at this chance and threw himself into his new role, but careful not to neglect his primary duties.

Maxwell was promoted to full Commander two years later and the Captain recommended him for the next available Executive Officer position.  He would only have to wait until the following year, when he received orders to report to the Diligent-class U.S.S. James Lovell as her new XO.

As someone who always relished a new challenge, taking on the role of Executive Officer provided just that for Maxwell at a time when he was no longer feeling challenged by his role as Chief Flight Control Officer.  The transition was tougher than Maxwell had thought it would be.  He found it difficult not to take the Helm in emergency situations or constantly looking over the shoulder of the Flight Controller during normal operations.  Over the course of the four years he slowly adjusted to his new role and responsibilities and was ready for more.

Maxwell would soon receive a larger challenge when he received orders to report aboard the Nebula-class U.S.S. Cygnus as her new XO.  Taking on the Exec billet onboard a much larger ship would certainly present Maxwell with a whole new set of challenges.