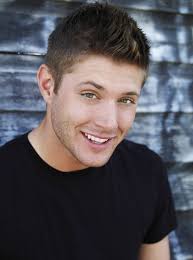 Originally trained as a pilot, Gaudain is cocky and self-assured. He's used to getting his way and isn't particularly a favorite of Starfleet Command for his tendency to skirt regulations--if not ignore them entirely. He is a veteran of the relief efforts surrounding the Hobus disaster and is an aggressive, confident tactician that is primarily concerned with the safety of his ship and crew.

Born on Mars in 2363 during the Golden Age of Starfleet’s exploratory mission before the Alpha Quadrant was thrown into chaos by the Borg, the Dominion, and the Hobus incident, Sean Gaudain grew up in the shadow of the Utopia Planetia Fleet Yards, watching as Starfleet’s massive explorers were built and launched. Life on Mars was a lot different than living on one of the Federation’s M-class planets, so Gaudain was used to a life of pressure masks, gravity compensators, and dust storms rather than perfect weather and tranquil abundance. Never one for school, Gaudain did not thrive in an academic environment. He did not have a positive relationship with his parents, compared to his younger brother who was a child prodigy, which led to fights and conflict. At age 12 he was temporarily detained for scaling a communications relay tower outside of the city. At age 16, he snuck into a Starfleet facility on the edge of the city and managed to steal an unattended Type-9 shuttle, taking it on a joy-ride up through the atmosphere and into space. He’d played with flight simulators at the arcade before, but he was amazed at how natural being at the helm of a spacecraft actually felt.

Gaudain was immediately hailed by the control tower, but he ignored it, focusing on seeing what he could do with the shuttle. Very quickly, he saw a starship approaching his position, an aging Excelsior-class vessel that was clearly unhappy about what he’d done. When he was ordered to surrender, he managed to avoid capture for almost twenty minutes before they finally got a tractor lock on him. He then felt the tell-tale tingle of a transporter beam and found himself in a transporter room facing a serious-looking Vulcan wearing the rank pips of a Starfleet Admiral.  He had inadvertently stolen the personal transport of the 1st Fleet’s commanding officer. He fully expected to be spaced, Admiral S’Tal patiently asked him why he’d stolen the ship.

“I wanted to see if I could fly it,” he responded. S’Tal then pulled up the flight recorder data from the shuttle and showed him that he’d actually done quite well, keeping the ship level and under control for his whole joyride, even managing to avoid capture by a trained Starfleet crew. The Vulcan took him on a tour of his ship and further interrogated him about what he wanted to do with his life. Gaudain honestly did not know how to answer that question–it was hard to see a real future on the frontier other than continuing to work in the mining facilities his parents worked in, but S’Tal saw in his aptitude scores some promise.

He left this interaction with a year of probation and a thousand hours of community service assigned to him, but also a promise that if he could get through the rest of high school and pass the Starfleet Academy Entrance Examination, he’d have a recommendation. It was this unexpected compassion from someone he’d neither met nor ever expected such a gesture from that got him to buckle down and study. A year later at 17, he took the exam to try to enter the Academy early but failed and was crushed, but attempted the next year and passed.

Gaudain loved Starfleet Academy–the population of Mars was sparse, so getting to be around so many other people made him thrive. Coursework was something of a challenge, but he’d learned to simply force himself to study to get good grades. Flight training and physical training were another matter, though. From the outset, he was a natural-born pilot and consistently was at the top of his class in that regard. Discipline was often a problem as he disagreed with his instructors and often saw capabilities in the training craft to increase their performance that were expressly off-limits, but he didn’t get into any major incidents.

Graduating just before the Hobus supernova, Gaudain was posted to the starship Yeager as a flight control officer. He participated in the major rescue and relief efforts underway to help the Romulan Star Empire, and his ship was primarily assigned to defend refugee convoys and hospital ships from hostile forces.  During one mission, they were chasing a pair of Orion vessels through an asteroid field and Gaudain was at the helm. The vessels had stolen valuable technology and had to be stopped before they escaped. Following his order to pursue one of the vessels, Gaudain was faced with a split-second decision: whether to go starboard around a large asteroid or port to take the ship through a channel in the middle of the asteroid. He went port and took the Saber-class ship through the middle of the asteroid and managed to catch up with the Orion vessel.

This action had him reprimanded very severely, as he put the ship in danger to accomplish the mission. He claimed that he was following the captain’s order to pursue the vessel and made a decision that he thought was reasonable, but he still had a demerit put on his service jacket and was confined to quarters for 30 days. During his time in confinement, he ran dozens of simulations with the ship’s computer to prove that his decision had been correct, and, indeed, it was shown that had he taken the ship to starboard it invariably would have collided with the second Orion ship which was on the opposite course–something that wasn’t immediately evident at the moment. Gaudain had his demerit turned into a commendation and was promoted to Lieutenant, J.G. for his quick thinking, even though he’d managed to irritate his superior officers for his inability to express why he’d taken that course.

That same year, he led an away team to a Romulan colony and was praised for his personal leadership abilities. As he advanced through the ranks, he became very popular with his subordinates, even if he was less popular with his superiors, especially those of whom who were aware of his relationship with Admiral S’Tal. Looking for a fresh start, Gaudain transferred to the Defiant-class starship Running Bear after four years on the Yeager, again serving as Chief Flight Control Officer. He was eventually promoted to Lieutenant Commander and served as the small ship’s Executive Officer. It was a struggle for him to adapt to being a command-level officer as he enjoyed socialization, but he eventually learned to toe the line between being friends with the crew and enforcing discipline.

When the Running Bear was laid up for refit, Gaudain was posted to the Galaxy with a promotion to Commander, serving as Executive Officer of one of the most prestigious ships in the fleet. Galaxy was posted along the Romulan Border, putting out diplomatic and humanitarian brushfires while also showing the flag, which put in her in many combat situations during Gaudain’s four years aboard. He distinguished himself as a very competent tactician and became a very obvious candidate for starship command.

In 2399, Gaudain was promoted and assumed command of the newly-refitted USS Apollo, a Rhode Island-class ship assigned to Task Force 38 in the Delta Quadrant.