The ramifications of the temporal paradox from the Paulson Nebula finally hit the crew of the Odyssey.

No-one can turn back the hands of time, so what has happened and what will happen plagues the crew of the USS Odyssey and all they want to do is to return to what they knew before: exploring the galaxy! However the ghosts of the past must not be ignored as the paradox the ship had to endure will still take place again in various timeframes and for it to be successfully broken as it was (and will be) some things will have to change!

For Lieutenant Tomaz, an unexpected promotion to lieutenant commander forces him down a route in his career that he must now begin preparing for.

For Alfie McCallister, the start of his Starfleet career begins but is it truly something he now wants? Or is it something he now feels he must do in honour of his fallen mother and his father that he idolises?

For everyone else, visitors from the Department of Temporal Investigations open up recent wounds as they start to debrief those heavily involved in the Century Storm paradox.  Within days of knowledge being shared, especially for some who have kept it a secret for a long time, a certain agent begins to cause some headaches for the crew as it comes to light  that time is not the only thing that will cause ripples among everyone.

Will the Odyssey crew truly ever recover from another traumatic mission? Will Captain McCallister return to the centre seat? 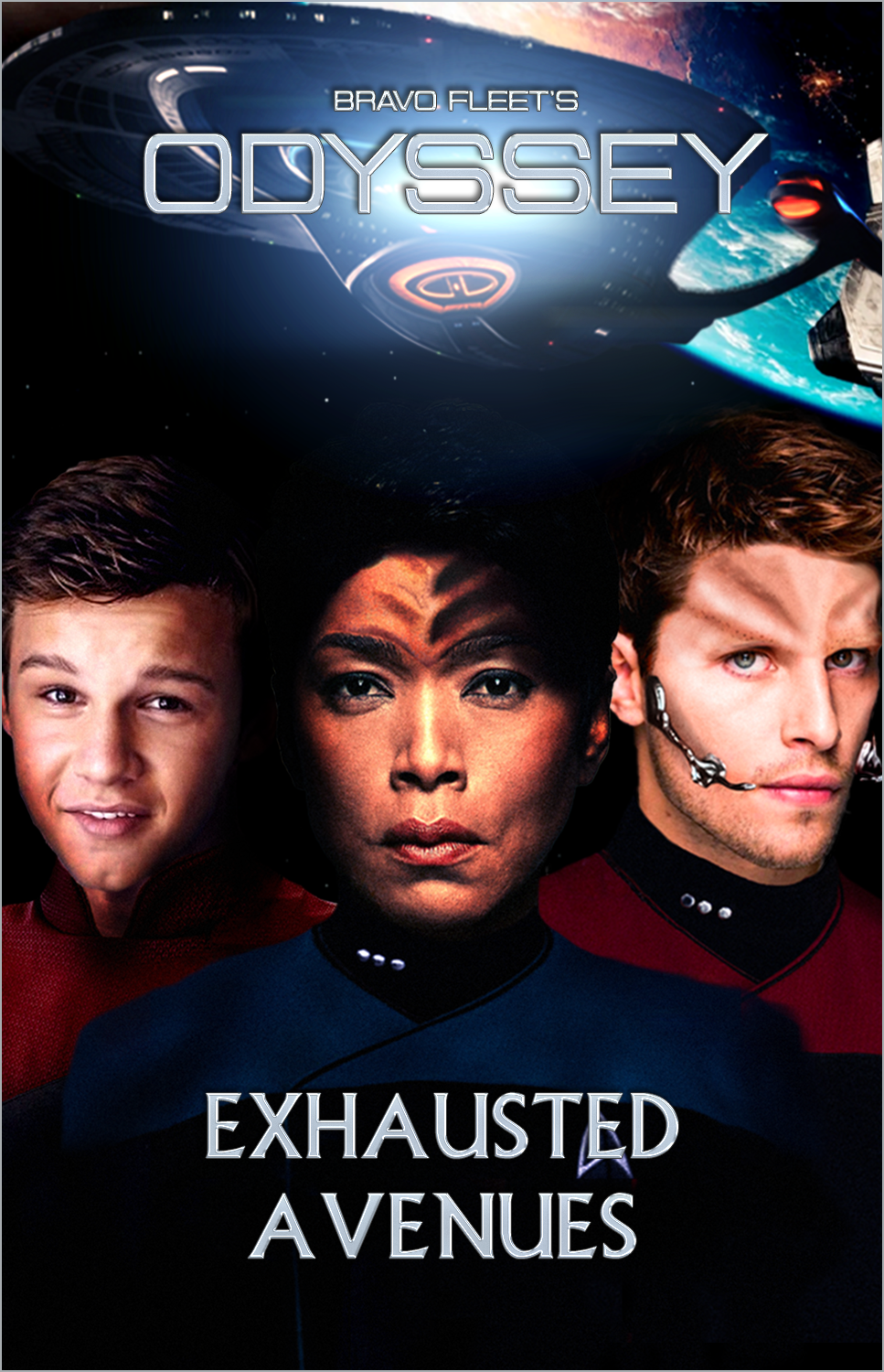 Listening To An Old Friend

“Spring Wine?” Smirking almost instantly at hearing those two words, Captain McCallister nodded the moment he put his head through the doorway after it opened. “Absolutely.” He said with confirmation. “You did promise me a bottle or two.” Pulling a bottle out of the sweet alcohol and [...]

Preparing For What May Happen

Enjoying a quiet evening in and not having to worry about ship’s business for a moment was a welcome change for Commander Max Duncan. No longer in his uniform, wearing just his casual clothes he wore around his new home that he shared with Tobias and their sons, the first officer was starting to [...]

“Thank you Lukiz, I think we’re done here.” Banfield said with an almost sigh of relief. Somewhat surprised to hear that, the Trill operations manager looked at the commander for double assurance. “Are you sure, ma’am?” Jen asked. Nodding, Banfield gestured for him to leave as she took [...]

“Come.” The ready room doors parted from one another with a gentle hiss and Lieutenant Tomaz entered. Noticing the captain sitting on the curved sofa under the large bay windows on the slightly raised level, Tomaz made his way over to him. In a relaxed posture while drinking a mug of tea and [...]