A return home causes more issues for the Odyssey's crew as they deal with the repercussions from their last mission in the Delta Quadrant.

Ordered to take extended R&R, the crew of the USS Odyssey cannot do anything while their ship receives vital repairs and much needed overhaul. This respite follows on from the aftermath of what happened against the Quirennal and the crew’s valiant fight to escape the clutches of the situation they were thrown into deal with for over two months. Relationships are strained, people have changed and the crew now face their toughest challenge ever…one another. This is not the same crew any longer.

Captain McCallister must not only deal with the impact his last mission has had on his crew but also with his family. His marriage is on the rocks and his three sons aren’t quite the same young men he left behind. However McCallister is not the only one dealing with qualms on the homefront, many of his crew are struggling with returning to their old lives in Starfleet. Some had come to accustomed to their lives on the alien ark and readjusting back to their Starfleet lives is having ripples. Even Commander Duncan, Odyssey’s trustworthy and capable executive officer, finds himself having to juggle his career against the sudden thrust of fatherhood upon him while also deciding where he sees his relationship with Senior Chief Court going.

Returning home to Starbase Bravo was meant to bring them the peace they certainly needed before Starfleet sent them out again, but is the crew of the Odyssey truly able to return back to the way things were before? Do they have time to rebuild, repair and recover? 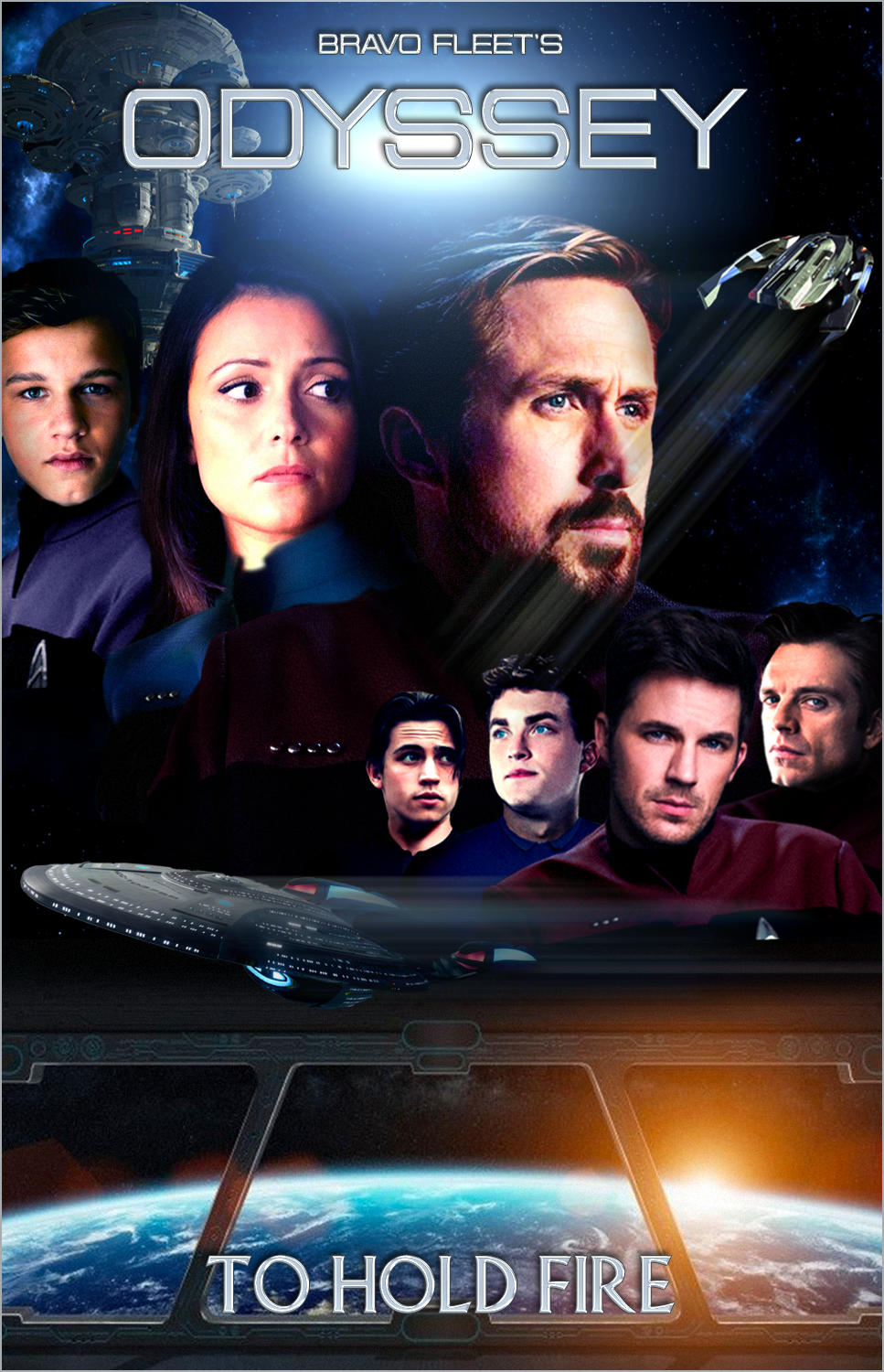 Her meeting with the admiral had started promptly as she had expected. Counsellor Horin was sitting opposite Admiral Bennet’s desk while the admiral himself was in his own chair on the other side. “Louwanna, as always your reports are insightful and helpful.” Bennet stated as he finished [...]

Every Cloud Has A Silver Lining

Sitting on the edge of the large wide river, his feet hanging over the edge and just about touching the racing water below him, Tobias Court lifted the mug of tea he had in his right hand up to his mouth and sipped on it again. It was early morning and the sun was slowly rising in the east. Wearing [...]

“The logical choice of action is to accept that they are gone but to also to accept they were truly never there.” T’Rani said in a deadpan tone. “I do not see the value of reminiscing over the time spent with the isomorphic projections of the children we were instructed to care [...]

Lying on top of the huge king size bed that was in their bedroom, James McCallister was wearing only his lounge bottoms as he prepared for bed. After a few days docked at Starbase Bravo and seeing the amount of repair crews going about their business of fixing his ship, tomorrow he and the rest of [...]