The Centaur is attacked and crippled by a Romulan Bird of Prey, left to float in the vast emptiness of space while only one person was abducted. The First Officer, Commander Vakai. No warning, no demands, zero communication; Vakai was beamed off of the Bridge and the unknown attacker left the Centaur to lick their wounds. The Captain and the Senior Staff have a hard choice to make, to make repairs and return to the Devron Fleet Yards to report the incident, or to go after the Romulan Bird of Prey and rescue their First Officer. But if they so do choose to mount a rescue mission, it would require them to venture deep into Romulan Free States territory, to try and reach where Vakai has been taken undetected and avoid starting a war by not firing a single shot. 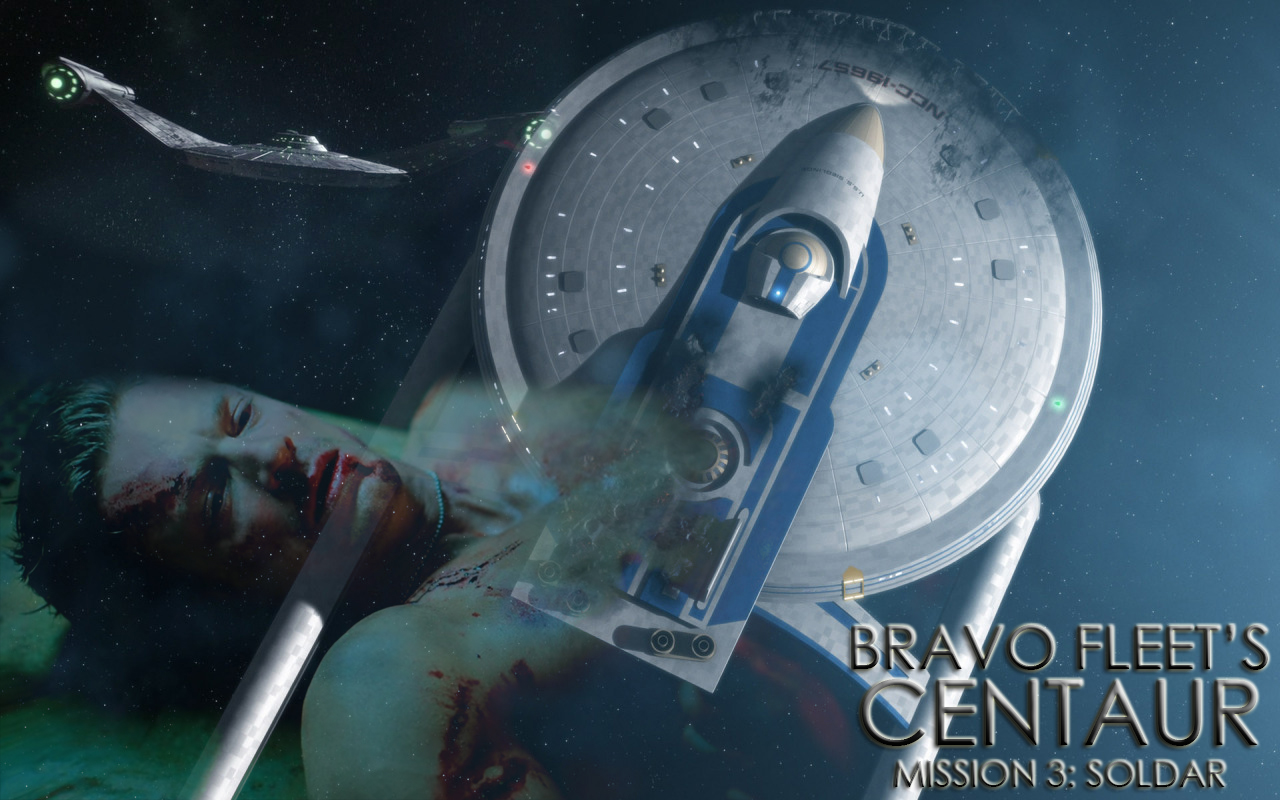 He looked down at his hand and could visually see that it the flesh, muscle, tissue, all of it melting right off of the bone. The pain was beyond intense, he felt himself starting to seize but quickly started to breath heavily. Breaking through the urge to hold his breath, he filled his lungs up [...]

[Guest Character: Captain Gar’rath, TFCO. – Thank you very much, Lord Cur!] Captain Gar’rath stood gazing out at the many dry dock platforms scattered around his field of view. A great many of the vessels were awaiting their initial construction, while others were in for repairs [...]

The Rescue “We dropped out of warp.” Ryker notified Carter. “Evasive maneuvers, Mr. Ryker.” Carter ordered. “Gomo, what do you have?” “It registers as a standard Romulan Research Station, but sensors register powerful shield generators and high energy [...]

It was dark, no matter where you looked, you could not see anything. Just pure blackness. Vakai knew that his eyes were open, at least he could feel the muscles that he were using to open and close his eyelids, so he knew that his eyelids were open. He couldn’t feel any pain, so that also told [...]