It's time to hit the Romulans again, this time harder for those who gave their lives so far in the war. The crew of the Challenger are determined.

With the Romulans no now longer able to use their telepresence capturing devices on allied ships, Starfleet decides to take the fight to the Romulans. They instruct Burton to lead an attack against the Romulan shipyard and supply base in the Rator system. On the eve of their first strike though, the human fleet soon discover one other faction who are interested in their fight the Romulans…the Tholian Assembly.

Dedicated to the members of Bravo Fleet past, present and future. Thanks for being a great place to share my writing and enjoyment of the Star Trek universe.

The story is set in the last quarter of the year 2155 (ACE) after Challenger defeats the Romulans at the Bassen Rift (Star Trek: Challenger – The Romulan War: A Shot In The Dark). 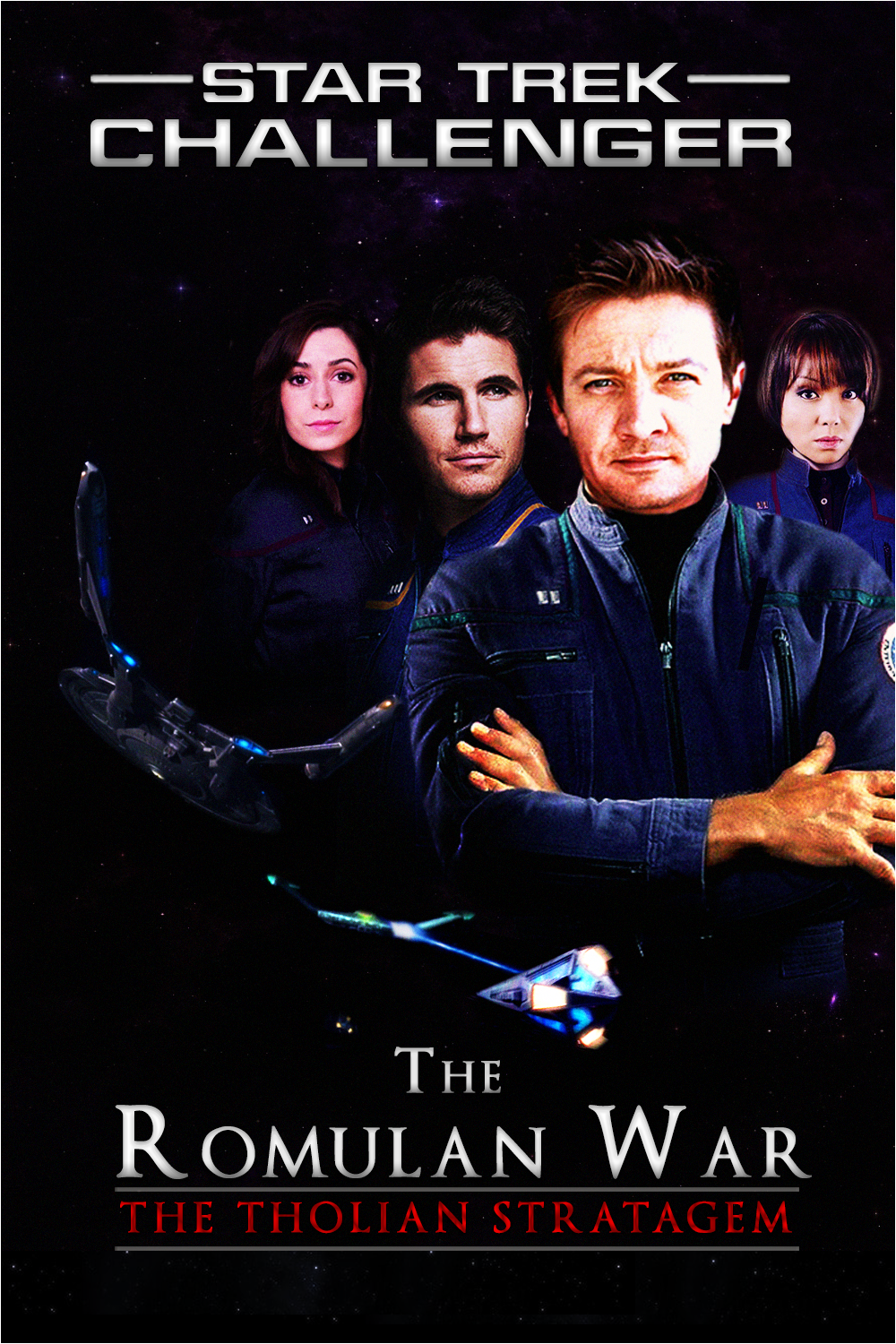 “Dear Mum  So the entire crew is being encouraged to write these letters to their loved ones as we are about to engage in one of the biggest battles since the start of this war. I know this may seem dramatic, especially as we’ve only just seen you but I never got the chance to tell you how [...]

Comfortably sitting in his office, Lloyd Burton was leaning against his desk with his chin resting in his palms while reviewing a number of candidates on who could crew the fleet he was preparing to launch. The door chime went off and he looked up from the screen towards the door. “Come.” He [...]

“Without a doubt he was one of the finest pilots in the fleet and I know Fleet Captain Burton won’t mind me saying that he would have gone out to become a fine officer.” First Lieutenant Trommler spoke with sincerity as he delivered his remarks. “I know from first-hand experience that he [...]

The gun salute followed by the single bugler sounding the Last Post filled the air around the onlookers as the United Earth Commonwealth flag that was draped over the empty casket was taken off by the honour guard and folded neatly. Marching softly towards Yu’s parents who sat on the front row of [...]