Challenger: The Sky’s The Limit

First Contact comes in all shapes and sizes, but Captain Burton never knew it would end up him giving the one order he promised himself he wouldn't issue.

After a few weeks of exploring, Starfleet sends Challenger on another diplomatic mission. This time they must make contact with the Deltan race. Meeting these friendly people seems promising until their old rivals, the Carreons launch an attack that cripples not just the Deltan people but Challenger too. Forced to defend themselves, Challenger and its crew are torn apart across new worlds, with some of them finding themselves on a place where the cities live in the skies.

Dedicated to the players of Star Trek: Challenger, a role-playing forum-based simulation, who rose to the challenge of making it fun! 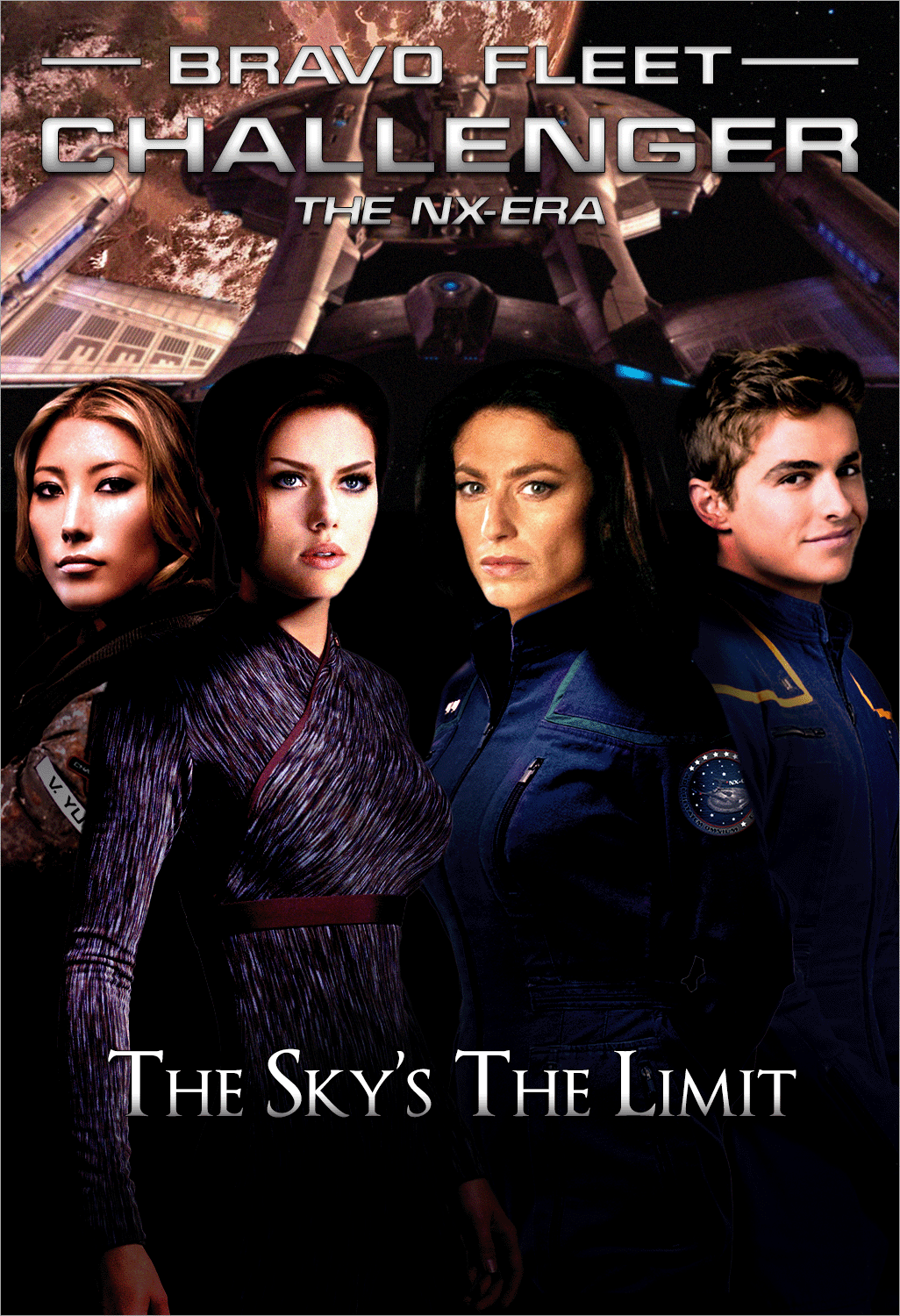 Fleeing exhausted and nauseous, Commander Levesque had to swiftly run out of Shuttlepod Two and empty her stomach for the third time that morning. She hadn’t been feeling well ever since they made orbit and was blaming the Andorian cuisine that wasn’t sitting right on her stomach. She had [...]

“Were there any Survivors?”  Loianna looked down at the report in her hands and then back up at Tonisus, she shook her head briefly. “No sir, our satellites hadn’t detected any lifeforms after the crash. The entire mining settlement was obliterated with it as well.”  Tonisus sighed in [...]

Commander Stanton was replacing the last damaged circuit within the helm. (Inside, however he wished he could be enjoying some R&R on the planet below them, but the ship needed fixing and they weren’t even halfway there yet.) Closing the opened casing, he pulled himself up to kneel on the [...]

Sleeping quietly, Kefira Ben-Ami had learnt over the year that when something unexpected happens it usually occurs during the night when you’re fast asleep.  She felt warm hands carefully shaking her, attempting to grab her attention. One eyelid opened, followed by the other.  “Kefira you [...]