After a successful First Contact, the Arcturus must risk everything to contain an existential threat.

A few days following a successful first contact mission with the Thalruatanians, the Arcturus is in rest and relaxation mode to give her crew some time off from the rigors of such an important task. While Captain Lancaster and Dr. Sheppard were enjoying a day together on the holodeck, the ship was brought to a stop and the unthinkable happened: the Omega Directive was implemented with clear evidence that there was omega present on Thalruatania.

Unlike many other captains, Lancaster is able to consult with Admiral Hayden and Dr. Anjar, the onboard mission commander and a former hospital ship captain respectively, and they hatch a plan: the Arcturus separate and the stardrive would return to the planet while the saucer and the majority of the crew would stay out of range of any additional destabilized omega. 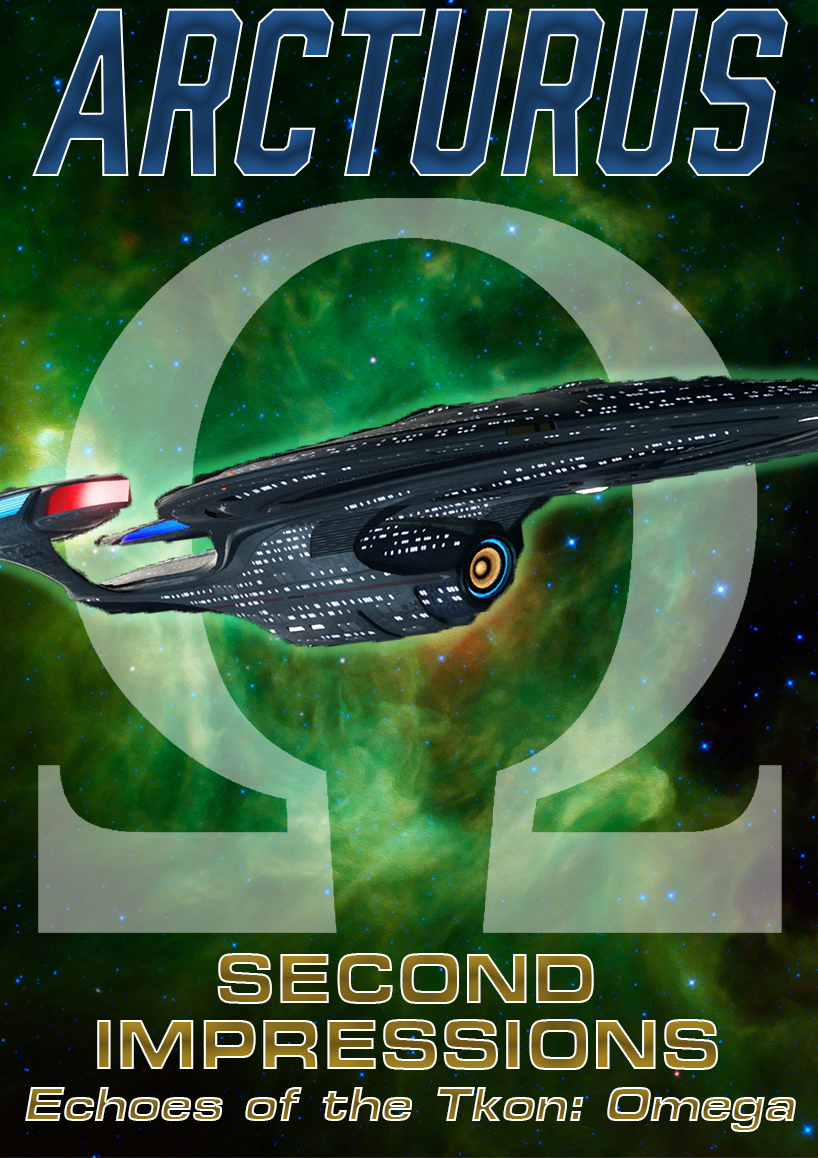 “The Arcturus has engaged the Kazon!” Lieutenant Windsor’s voice echoed over the comm through the Hokule’a’s compact cargo bay, making Lancaster’s blood ran cold. He was hoping he’d have at least a day before the Kazon returned, but they were of course there at exactly the moment that [...]

Hokule’a is the Hawaiian name for the star Arcturus, meaning “star of joy.” In ancient Earth history, the Polynesian people considered it to be one of the most important stars for navigating ocean-going canoes on voyaging expeditions, as it was the zenith star for the Hawaiian island chain, [...]

The Arcturus had to crawl along at impulse speeds for several hours until it could find a sufficiently stable pocket of subspace to re-engage warp drive. They had enough data to successfully plot a return course, assuming the damage to subspace had already reached its maximum extent. Still, they [...]

The battle bridge’s main viewer flickered with static, barely resolving even a fraction of the visual coming in from Thalruatania. Commander Alesser had been working on clearing it up for several minutes, but communications interference was a sure sign that omega had either disrupted subspace in [...]