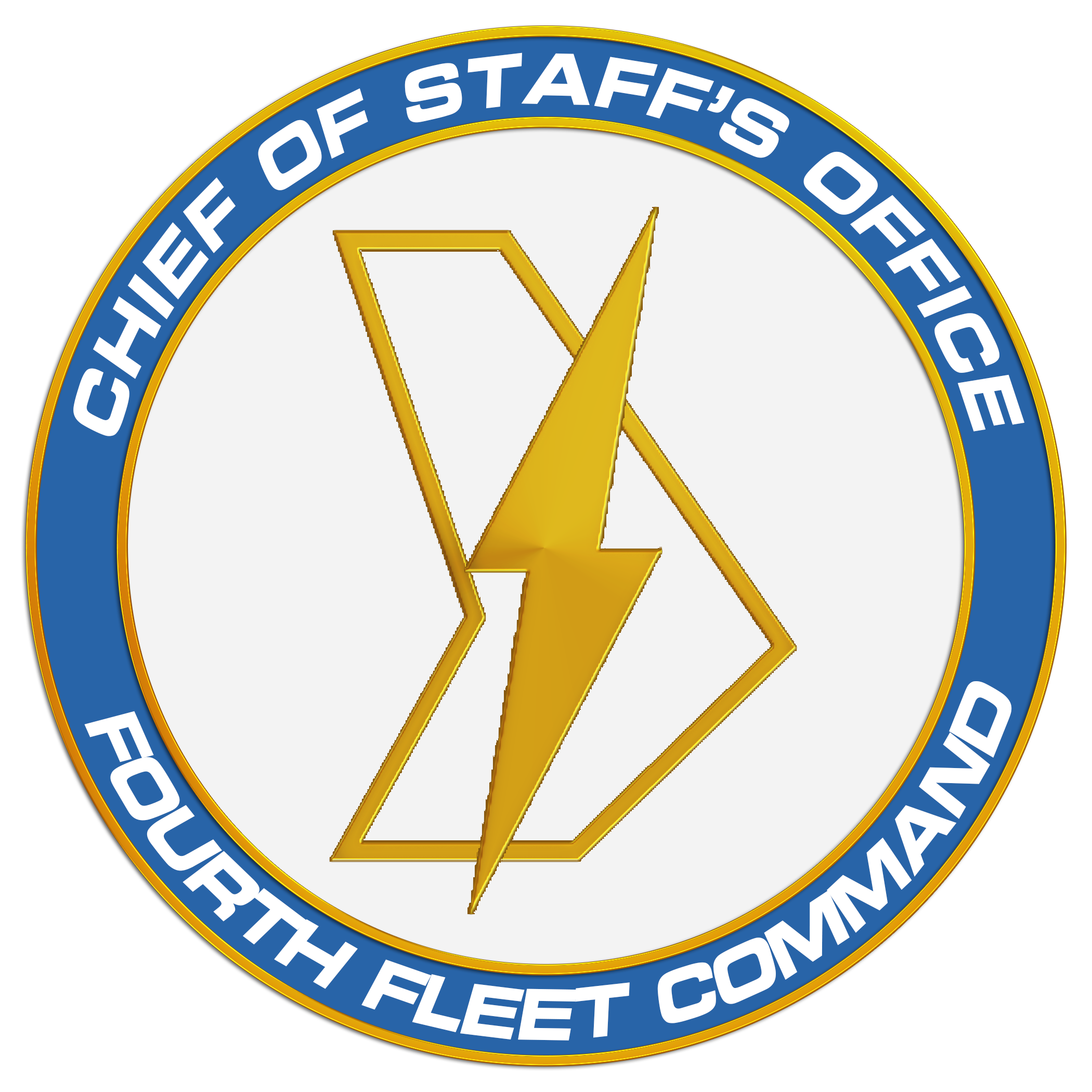 “Ladies and Gentlemen, meet the Rubions.” spoke Commander Trecia Wroht. From the front of her lecture hall, the professor for cultural anthropology on Mellstoxx III shared her enthusiasm as a rotating holographic representation of the Rubion species appeared beside her. A relatively tall and broad shoulder figure appeared. Humanoid in appearance, the Rubion man wore quite an elaborate outfit, one that had several jewels attached to it. His gown was dark navy blue with a huge collar that was almost inline with his ears. Sitting on his head was a silver crown. This man was the leader of his people, but his torso was on show for all to see.

Stepping forward, the Bolian teacher approached her eager cadets. “In this seminar today, we are going to examine one of the more recent species that Starfleet has made contact with and who is currently petitioning for Federation membership.” Wroht said with glee in her tone. “We are going to get to know what brought this race to achieve a huge social change and how their achievement of launching their own warp-capable craft had a significant impact in their political system.” Pausing, she looked over to the man who was sitting at the front near her. “We are very fortunate to have a special guest lecturer. The man who captained the first contact mission with the Rubions. Rear Admiral Zack Marshall-Bennet.”

A round of applause occurred across the hall as Wroht introduced her guest speaker as he stood up and walked over to the podium she had been standing near to. “Thank you, Commander. I’m glad to be here.” Bennet said and as he looked up he noticed a cadet with a hand up. “I’ve not started the lecture yet, cadet. Can it wait until the end?”

The human cadet with blonde hair looked to her friend to the left, giggled and then shook her head. “We were wondering if you could clarify something, sir. If you don’t mind?”

Looking to Wroht, who had taken the seat he had been in, Bennet looked for support and then back to the cadet. “Go ahead, cadet.”

“Sir, the hologram that Professor Wroht has displayed is of Monarch Curted and from what we know the Rubions like to show their strength as a mark of respect.” She stated.

“Yes that is the leader of the Rubions and yes they do like to show off their strength, a bit like Klingons in that sense.” Bennet confirmed. “I thought you wanted something clarified?”

Suppressing her giggle, the cadet smirked and then nodded. “Of course, yes sir. Sorry.” She took a breath. “When you captained the Oberon on this mission to make contact with the Rubions, did you ever envision yourself having to attend an alien state dinner semi-naked? Also how did you convince the rest of your command staff to follow your lead?”

Smirking at the question and having a flashback to the mission on Rubio, Bennet recalled having to meet Monarch Curted for the first time while topless as a sign of respect. “Let’s just say I’ve attended a Betazoid wedding, so it didn’t bother me and being the captain and using the powers that come with it is the best way to ensure your crew do as they’re told to avoid a diplomatic blunder.”

A round of chuckles followed around the room and another cadet put his hand up and stood up quickly. This time it was a fellow Bolian who asked him a question. “Sir, Commander Wroht was your chief science officer on the Oberon. Can you share with us how she performed during the mission with Monarch Curted?”

More laughter followed and Wroht stood up. “It seems some of you have done your reading ahead of class.”

Raising his hand to calm the room down, Bennet continued to smile. “All of these are good questions and I’ll be happy to answer any more questions at the end of the seminar. But why don’t we get down to the lesson at hand?”

Several hours later, Bennet was saying goodbye to the class and walked over to Wroht who was collecting her PADDs and placing them into her satchel. “That was a lot of fun, thank you Trecia.”

“No, thank you sir for agreeing to join us today. I know how busy you must be.” Wroht answered with her usual wide smile. “Can I take you out for a raktajino before you return to Bravo?”

“Sure thing.” Bennet answered as she led the way out of the lecture hall and towards a nearby officer’s lounge.

A few steps later and they were sitting out on the terrace looking over the north parade fields. “Thank you again for coming admiral.” Wroht said as she passed him a mug of steaming raktajino.

It was a sunny day on Mellstoxx Three and the sun was shining hard down on the academy campus. Taking his drink, Bennet sipped on it before answering her. “It’s my pleasure. You’ve got a lively class there Trecia.”

Nodding in agreement, the commander in blue uniform couldn’t deny his statement. “They are and I think they’re one of the finest I’ve had for some time now. Very enthusiastic and eager to know so much. It’s another reason why I’ve altered the curriculum this year and given them other races and cultures to look at. Ones they’re not familiar with.”

“Sensible approach.” Bennet agreed. Looking around the patio they were on, he smiled further. “Mellstoxx is definitely amazing.”

“The Betazoids certainly make it a great place to live in.” She agreed. “Talking of Betazoids, I hear you’re becoming good friends with a certain Betazoid liaison?”

Rolling his eyes and being less formal, something he knew he could do with Wroht as she was an old colleague, Bennet confirmed the gossip. “Unfortunately yes.”

“Being wined and dined at Starbase Bravo’s finest establishment as well?” Wroht teased him with. “I’m certainly jealous.”

“Don’t be.” Bennet returned as he smirked while taking another sip. “Coming down here seemed to be like the only place I can escape to from getting away from him as well as my own staff.”

Knowing Wroht from his days of commanding the Oberon, he was pleased he was able to be open and frank with her. She had been the only one who had not died when the Oberon had been heavily damaged during the Synth attack against Mars. Wroht had been off the ship prior to it being docked at Utopia Planitia and when no-one had survived the attack, Bennet had rushed to find Wroht to inform her of the disaster. She had gone on to join him on the USS Westminster and only a few years ago had left field duty to teach at the academy campus on Mellstoxx.

“That’s one way of describing it.” He answered. “It’s good though to take a break and do some teaching.”

“I certainly enjoy being a mentor to so many. It’s nice to share some wisdom and experience with the next generation.” Wroht claimed. “It certainly makes a difference from having to attend a state dinner and observe my captain conduct a complex ritual while topless.”

“Indeed.” Wroht said as she raised her mug in agreement before sipping on it and enjoying the sunshine from above.

Another OCS Policy update, slight adjustments to our ribbons and news on our mentoring program!

Thanks to our great BFXO and Internet Officer, the way we end competitions has become a bit easier for those who organise it and judge it. Now BFMS is able to show on all competitions how much time is left and when the time is up, submissions will no longer be taken. Do note though this new addition to the system means that it closes people out the second the day begins. So if a competition says it’ll close on November 1, it’ll close at 00:00 UTC on November 1 (not at 11:59PM on November 1) .

Also our Duty and Service ribbons have been slightly adjusted, this is to reflect that our RPGs can now be hosted on BFMS.

A Service Ribbon will be awarded in recognition of every 250 words of Bravo Fleet writing published either in a command or on a RPG based on BFMS.

A Duty Ribbon will be awarded in recognition of every 1 post made on a Bravo Fleet roleplaying game set on NOVA or for every joint piece of writing created between two or more players on the BFMS.

Finally in my last announcement, I shared the news that our mentoring program was developed further. Since then I am happy to announce that we have had five mentors come forward to help junior members move through the ranks and get more involved with our great community. I wish them and their students all of the best. Don’t forget you too can become a mentor if you hold the rank of commander and above.