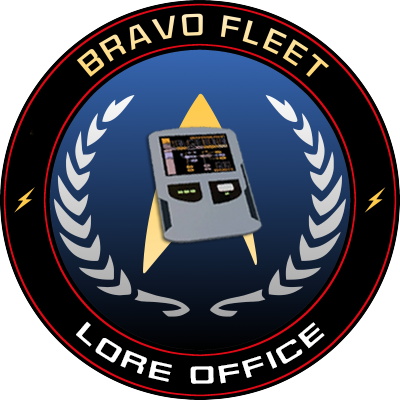 As nearly all of the members of Bravo Fleet are already aware, Bravo Fleet is transitioning into a new model – a new way of doing things – in a few short months. One of the biggest shifts in this model is to accommodate a variety of people who want to join a Star Trek organization and participate in its available activities, but might not have the time to dedicate to joining a traditional sim. Part of this shift is also accessibility to Bravo Fleet’s content as it relates to Star Trek as a whole and especially as it pertains to an ongoing canon.

To align more efficiently with the deep lore that is Star Trek, the BFA has come together and agreed to use the timeline shift to 2399 to align more closely with Star Trek canon so that when new members join they can easily access our canon and jump right in! This will mean that some things will have to become Bravo Fleet “Legends” canon, and some things will just have to shift slightly to accommodate.

One of the hottest topics in Bravo Fleet history will finally have a closing chapter. As of the launch of the new Bravo Fleet model, Federation/Starfleet Marines will officially no longer be canon unless directly referenced in the ongoing Star Trek lore. With the new model, main characters will only get to choose from the traditional maroon, teal, or gold. They will not be allowed for play on any game following fleet canon – any game outside Task Force 99. Since Bravo Fleet currently exists in an alternate universe from Star Trek due to our time passing beyond many of the events established in Picard, those “staying” in the 2389 timeframe will be staying in the alternate universe we’re currently calling “Bravo Fleet Legends”, and will therefore still have Marines available to them.

My first BFA position, almost twenty years ago, was running the Marine chain of command as Bravo Fleet Marine Commanding Officer. Working on the Marines was important to my development as a member and leader in this organization, and I have many fond memories of that work.

There are many reasons for this, but the most important is the simple fact that there is no evidence for their existence in screen canon, and many great stories told on television and in film – most notably, The Siege of AR-558 – simply do not work if Federation Marines exist. Any attempt to justify their existence while explaining their absence from the various ground engagements aboard Deep Space Nine, on AR-558, on Vandros IV, on a dozen other worlds where we see ground combat on screen, is doomed to fail. Given the fleet’s move to a unified canon across ships, the current status quo of “Marines exist in the stories of some sims but not others” is unsustainable, and in that case screen canon simply must win out.

Presently, there are 7 Marine characters across 5 sims in the fleet. Very few players write Marines, and very few GMs use them, because they are not canon and because they create issues by not having much to do on many sorts of missions.

For those interested in playing the best parts of the Marines – those most in-keeping with the ideals of Star Trek and the fun of stories about space service, like the tightly-knit cohesion of a unit that trains and lives and fights and dies together, the willingness to lay down one’s life not only for the Federation but for one’s fellow officer, the simple joy of playing the role of a badass with a rifle and the skills to use it to do exceptional things and exceptional violence – I suggest telling stories about members of Hazard Teams. These are officers and NCOs who, in addition to their standard specialization aboard their ship, engage in weekly intense training for exceptionally hazardous missions, with a focus on teamwork, bonding, and intense combat operations. Hazard Team characters also avoid the common Marine problem of ending up with nothing to do on missions without a serious ground combat component, something I always found very frustrating when I wrote Marines.

One change that will be coming to Bravo Fleet with the introduction of Commodore Oh in Star Trek: Picard is that admiralty characters will now sport the color of the department they work in. Previously all admirals had fallen under red as shown to be primarily true throughout most of TNG, DS9, and VOY with the one exception.

Going to a three-color Starfleet will keep us in line with the iconic look of the television shows since The Next Generation, and help new and existing players alike experience more completely the aesthetic of writing in this universe we have all grown to love.

With these changes, we bring the in-character structure of Starfleet into line with what we have seen on television for decades, offering new members an easier and more intuitive route into participating in our stories.

Thank you all, and happy writing!