Fleet Command
Office of the Chief of Staff 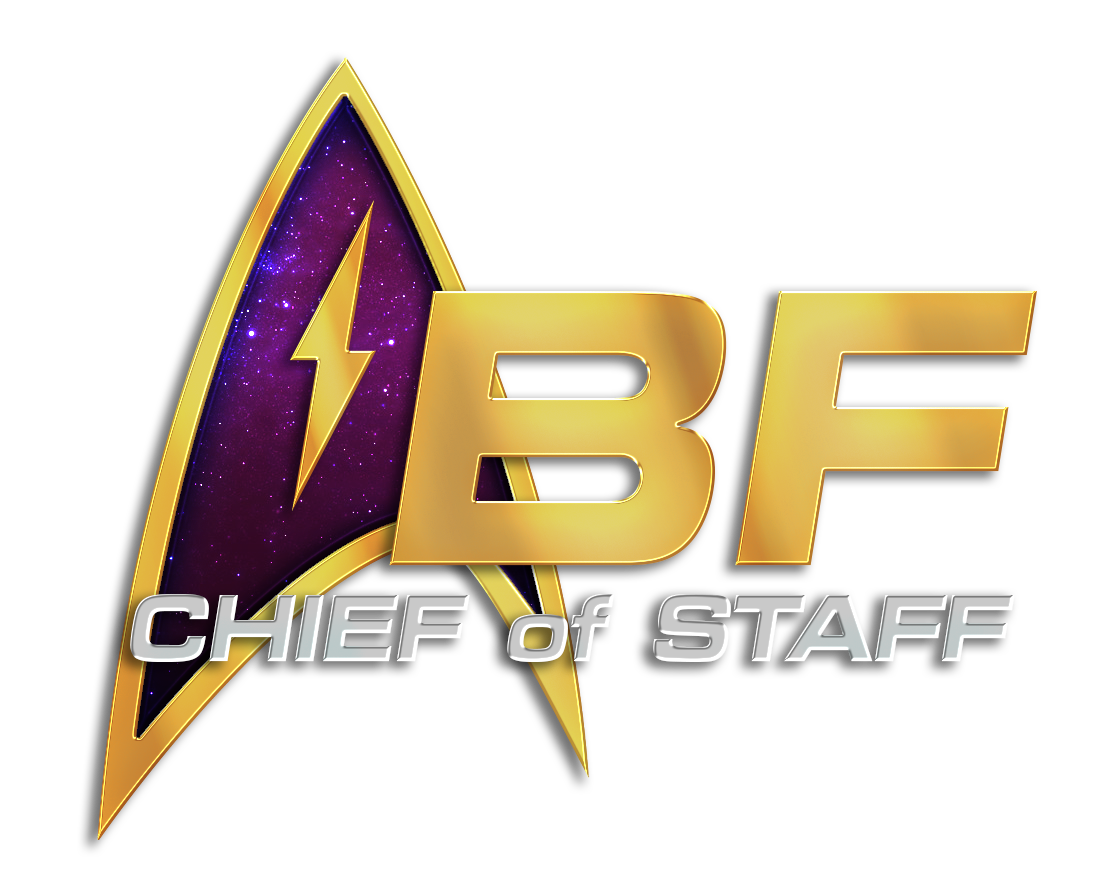 April is going to be an exciting month for Bravo Fleet! In just a few short weeks, on April 25, the new model for the Fleet will be rolling out. We’re excited to be able to reveal more details of how this is going to work. A broad overview has been released already with our Roadmap article, which I recommend you read if you’re still scratching your head. But today we can show the new rank structure for the Fleet.

In the past, ranks have been given out with a blend of what suits the characters and as OOC rewards for the players. The new format is going to better reflect the efforts and contributions of players, and bring codification and consistency. It also better reflects one of the fundamentals of the new hierarchy: rather than the Bravo Fleet member being part of a sim which is a part of a Task Force, the member is now a part of a Task Force in their own right. Whether they also write on a sim has no more bearing on their status in the Fleet than whether they play Star Trek Online. These are all equal activities in the new model, and equal opportunities for progression.

Bear in mind that under the new model, all members of Bravo Fleet will have one Main Character to which their Fleet Rank is connected. None of what is being explained affects or influences characters in fictions or sims, whose rank remains a pure storytelling tool. You can think of this main character as your avatar or protagonist for activities in the Fleet. Whether they’re present in a sim, or a fiction, or occasional stories is up to you. When a new member joins and designates a Main Character, they can begin to advance in rank as they pursue whatever activities of the Fleet takes their interest. The more of these activities they participate in, the quicker they will rise through the ranks!

From the ranks of Cadet to Lieutenant, a character is assumed to have a posting on a starbase assigned to their Task Force. This starbase is not a sim, and there is no assumption the players must write together.

The rank requirement is a practical one: we can only come up with so many worthwhile starship names. As such, we would rather these items of prestige be in the hands of players who have made even a rudimentary commitment to Bravo Fleet; a brand new member can, if they’re prepared to put the effort in, reach Lieutenant Commander in a matter of weeks. But with any organisation there will be people who join and forget, or join and merely dabble. This prioritises committed members in the distribution of this theoretically limited resource.

As ever, these ranks are out of character. If you want to tie your OOC progression to a character for a plucky dramatic arc, go ahead! But if you want to use your main character as the CO of your sim, or in a fiction, and write them as a seasoned starship commander where it doesn’t make much sense for them to be a newly-minted Lieutenant Commander – don’t feel beholden to the rank structure when it comes to just your storytelling.

If you want to run a sim in Bravo Fleet, you need to have reached the rank of Lieutenant Commander and be assigned a ship. At this point you may issue a proposal to your TFCO, similar to what you do now, to run that ship as a sim. But you can write their stories from the moment they’re created. While we think it’s more satisfying if you can connect OOC progression to your IC stories – however that works out for you – when it comes to writing, you still get to choose.

All brand new members of Bravo Fleet will join at the rank of Cadet Freshman Grade, as per the rank structure linked above. But in recognition of your contributions to the Fleet, current members get a starting boost on the ladder:

It’s worth bearing in mind, if this disappoints any of you, that advancing in rank is fun. It gives you goals to aim for, benchmarks to hit, and rewards when you meet them all. We have made these decisions wanting to reflect our group hierarchy and respect past contributions while giving almost everyone, including the BFA, room to progress.

What about my current ship?

Some of you may see you’re going to start out as Lieutenant Commanders, but you’re in charge of, for example, a Sovereign-class. All these issues should be considered grandfathered in; we’re not taking away the ships that you have. If you’re unsure about any particulars, please ask your TFCOs for clarification. The same certainly goes for present character ranks: as ever, we encourage people to move in-line with the OOC progression wherever possible, but this will be easier for future members.

If you have multiple commands, you will need to designate one character your ‘main character’ for the rank structure. That character’s Task Force affiliation is where you belong for purposes of administration, for participation in competitions, and so forth.

This new rank structure will better support and reward the wider range of activities which will make up Bravo Fleet going forward. It’s important to remember that the sim is no longer an object in the hierarchy of Bravo Fleet; you, the member, are an equal part of a Task Force and the fleet whether you GM a sim or write fiction or play Star Trek Online. Participation in these activities will be rewarded, and so we should be seeing a richer, more varied community in the future.

Please, again, take a good look at our 2020 Roadmap and the upcoming rank structure. If you find yourselves with questions about how this works, by all means contact a member of the Bravo Fleet Admiralty for clarification.