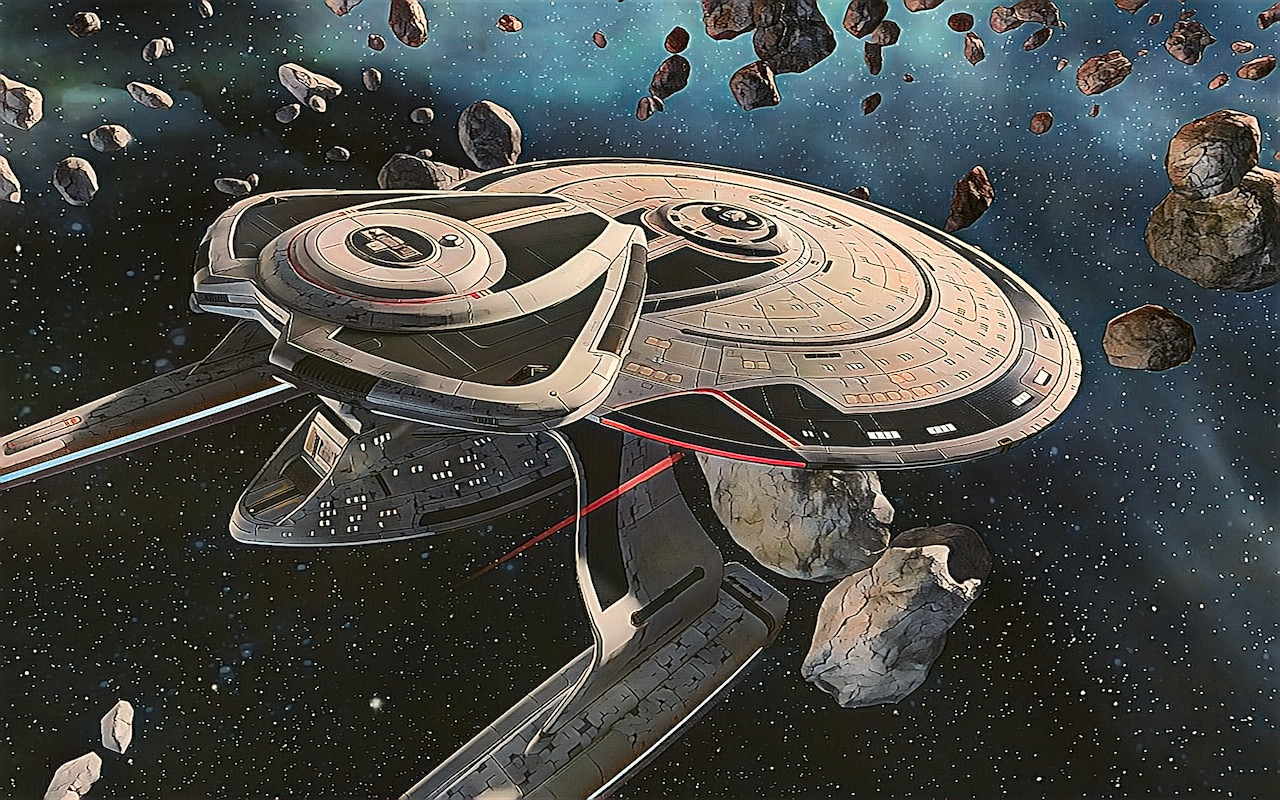 Consummate seekers, the crew of the USS Sarek search for hidden depths of knowledge in the uncharted depths of the Typhon Frontier. In partnership with scientists from the Romulan Free State, the USS Sarek goes boldly to broaden our understanding life and civilizations.

The USS Sarek serves as a science vessel assigned to Task Force 17 of the Fourth Fleet, under the command of Captain Taes.  Like a city in space with its crew of nine hundred, the USS Sarek operates as a mobile research platform for every scientific specialty.  In this capacity, this Sutherland-class starship serves as the flagship of Sarek Squadron.

Further to scientific exploration and research, the USS Sarek‘s mission is one of diplomacy.  A team of seventy-five civilian scientists from the Romulan Free State have been permanently assigned to work in close partnership with the Sarek‘s Starfleet science department.  In the spirit of the Federation and Bajor’s partnership at Deep Space 9 –and in the shadow of the battle at Coppelius and the fall of the Romulan Star Empire— this great experiment has been launched to improve diplomatic relations between the United Federation of Planets and the Romulan Free State. Although the crew of the Sarek were assigned research missions of great import, the real mission was for both crews to learn to work as one. 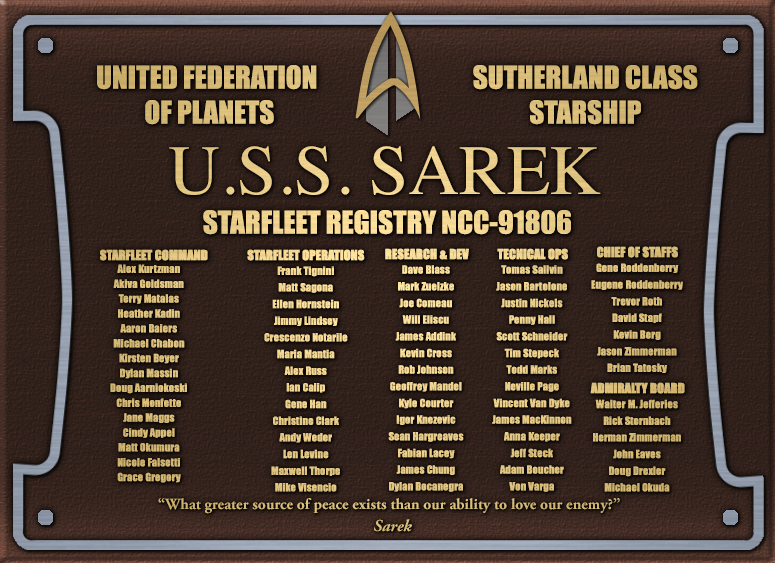 For content which equates to roughly a 16+ rating, these stories are rated 222.

Be it scientific missions of exploration, research or diplomacy, the Sarek crew seek out the undefined bonds that hold civilizations together.

Sootrah Yuulik’s Personal Log, Supplemental:   Do you ever look at yourself in the mirror and don’t recognize the eyes looking back at you?  I don’t know what’s come over me.  Those eyes don’t look like mine.   I can’t decide if the mistake was agreeing to run away [...]

When Yuulik had first stepped out of the shuttlecraft the day before, Brigadoon Security Officer Collins had greeted her with a formal, “Ma’am.”  Later that night, when Collins had delivered a replacement hyperspanner to Yuulik in the Jeffries tubes, he had referred to her as, [...]

The numerical data filled her field of vision –her entire consciousness– to the point the physical world had lost all meaning to her.  The numbers were merely vehicles, of course; it was the anticipation of real world consequences that gripped her attention most fiercely. When Yuulik [...]

Lieutenant Yuulik’s Assistant Chief Science Officer’s Log, Supplemental.   Our crew discovered the USS Brigadoon in the Typhon Expanse, emerging from a temporal vortex in the earliest days of 2401.  I found them exactly where I calculated I would.     According to our [...]