A new commanding officer and a new mission throw the Devastator into the action without a moment to spare. What adventures and stories await them on their journey? 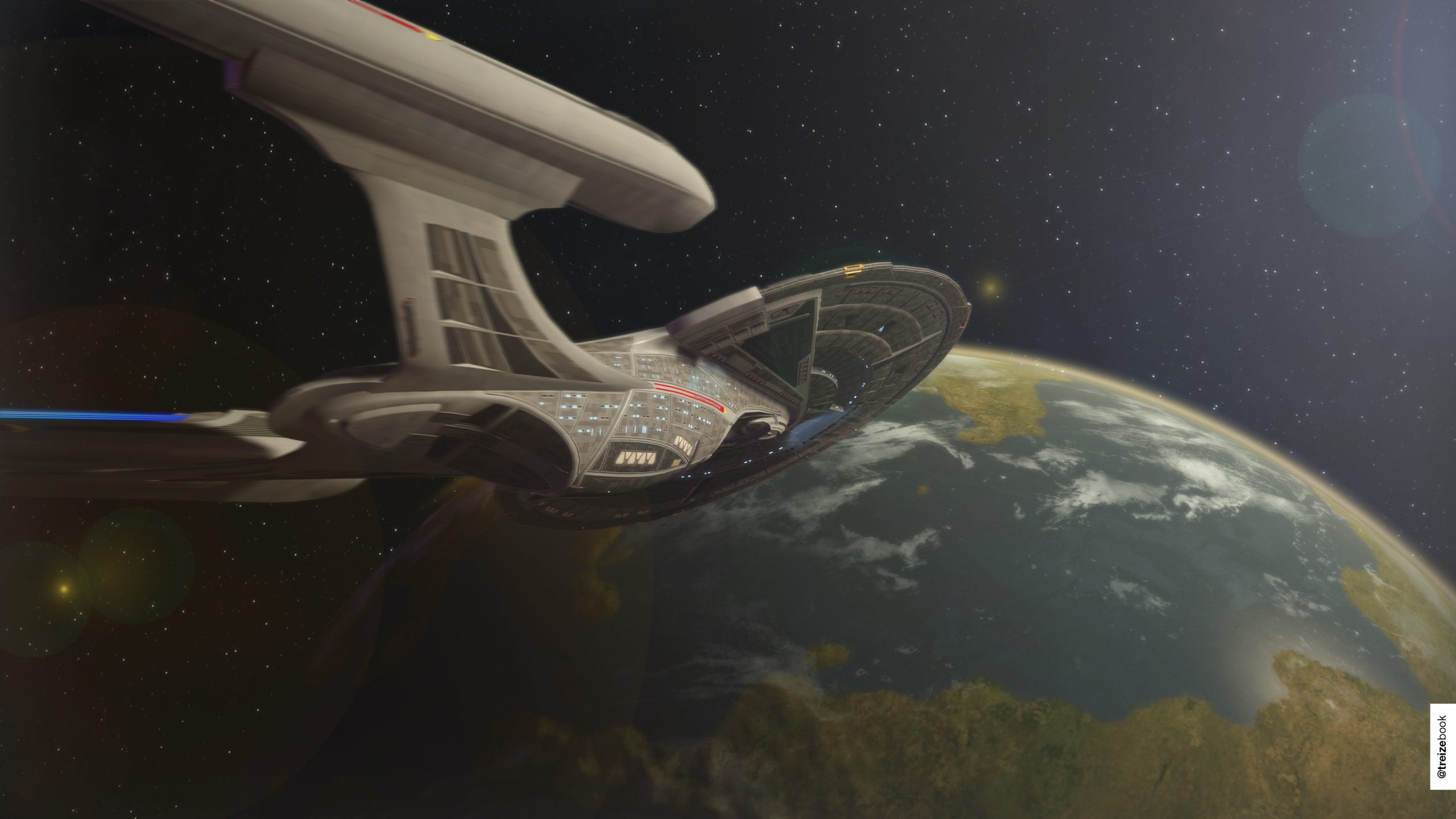 The Sovereign Class USS Devastator-D was commissioned in 2383 under the command of Captain Christopher Johnson. The ship’s motto is “We will do what is hard, we will achieve what is great,” from the 20th Century American President, John F. Kennedy. The previous incarnation, a Nebula Class refit USS Devastator-C was commissioned at the Avalon Fleet Yards, with her commissioning took place exactly one year after she was first launched. She was launched under the command of Lt. Commander Christopher Johnson and all her missions thus far have been great successes. Originally her motto was selected by the young and overzealous Commanding Officer, and read “Walk softy and carry a big stick.”

“Forty-nine percent above tolerance. That’s how much radiation she was exposed to.” Captain Scotto with a flick of his hand produced the images of the scientist they found on Meronia IV, exposed to subspace radiation. He had brought it up to show the Romulan just what kind of [...]

“Ma’am, if you just follow the officer in front of you, I promise you will be taken care just as soon as we can gather enough people for the transporter, we don’t want to waste any room.” Commander Sera was quarterbacking the evacuation of Federation colonists on Meronia IV. [...]

What they don't know, can't hurt them.

“Welcome aboard, commander.” Captain Scotto said as he shook the hand of his new Chief Engineer, fresh off reassignment. The young-ish officer returned the handshake with a firm nod of his head. “My pleasure, captain. I’m grateful that you were willing to take me on with such short [...]

The Devastator-led convoy of Mercy Ships arrived in the Meronia Cluster where several planets throughout the cluster were home to Federation colonies. On the planet that the Federation has classified as Meronia IV, the largest colony was not only dealing with some kind of virus spreading through [...]