Muninn Musgrave was born with a degenerative genetic condition that would have seen her dead before her fifth year. Her parents, well-connected and powerful, got her the genetic augmentations she needed to live a normal life, but being augmented doesn’t mean you’re any less human — and being human will always be hard. Munnin’s story is one of self-discovery, facing up to her considerable privilege, and trying to overcome obstacles of the heart, head, and hands that simply cannot be “technologied” away.

A tall red-haired woman with a sturdy, highly athletic physique, Munnin always stood out in a crowd. As a teen, she was already taller than most of her peers, and she only stopped growing at 185.9 centimeters (about 6’1’’). She was always naturally confident in her body, in control of her movements, and rarely displayed signs of physical distress, even under exertion or pain.

Unrepaired scar tissue visible down her spine always made her self-conscious, but could not be repaired because it sat atop nonviable and impossible-to-remove outdated cybernetic implants. Under imaging, her bones proved riddled with these implants, which were simply deactivated when removal proved impossible.

Known for smiling often and laughing frequently (and loudly), her friends would notice her blue eyes twinkling in moments of good mood. But, when angry, Muninn’s red hair looked like flame over eyes of stormy gray, and her smile could easily become a snarl if provoked. 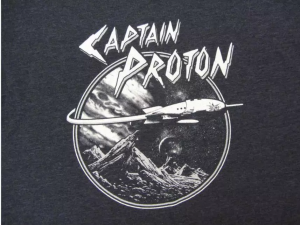 One of Muninn’s favorite T-shirts, featuring a Captain Proton logo.

Her formal clothing style remained consistent throughout her years: neat, polished, and professional. Her casual wear ranged from ratty T-shirts of her favorite holonovels and rock bands, to a range of antique dresses, skirts, and blouses — depending on mood and company.

Muninn could be an extremely controlling and judgmental person, but she was always aware of that, and tried to check this behavior by taking great care in how she related to other people. Only when stressed could her controlling and overbearing personalty turn sour. Yet, even then, she prided herself on being quick to pause and self-reflect.

During her counseling work, Muninn preferred a slow approach, building rapport and listening rather than jumping in with guidance.

She generally opted for an orderly life and orderly surroundings, but also went with the flow more often than not. A rebel, but a cautious rebel; she followed her gut whenever possible, but tried to find the easiest and safest path whenever she could.

Possessing intense moral feelings, however, sometimes got her into trouble. When encountering circumstances that impinged that sense of morality, Muninn would often find it difficult to keep her mouth shut, and was known for getting into heated arguments during her younger years. Her late-twenties and professional life mellowed her somewhat, but she still stood by nobody’s moral and ethical opinions but her own.

She always loved classic antique aesthetics, valued art, and viewed science as a pathway to spiritual growth rather than its impediment. 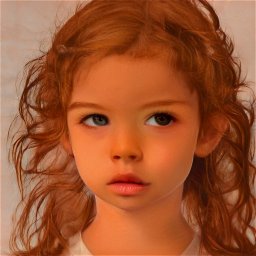 Born with a severe and unexpected genetic disorder, Muninn Musgrave’s first three years of life were ones of extreme pain, loneliness, and fatigue. Cybernetic implants allowed her to walk despite her fragile twisted bones, and pain blockers installed at her brain stem dulled the constant agony of frayed and misfiring nerves. But it seemed likely that she would be destined for a short life, and a miserable one. Her father (a prominent politician) and her mother (a doctor with Starfleet Medical) were unwilling to accept this outcome. 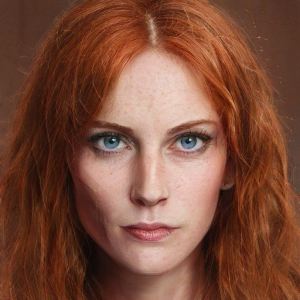 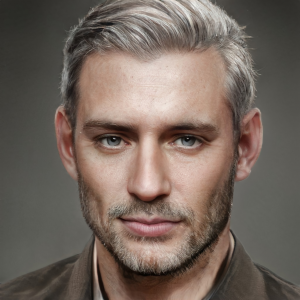 Her parents enrolled Muninn in an Illyrian program for genetic enhancement, well outside Federation law. Shielded by falsified records and her father’s political clout, she would be able to live an ordinary life, free from the restrictions and stigma of an augmented individual.

The 2370s were a tense time for the Federation, with upheaval after upheaval, and this instability, combined increased scrutiny into the strictness of laws surrounding genetic augmentation, conspired to work in the Musgrave family’s favor.

Muninn Musgrave returned from a one-year excursion to a remote Illyrian colony as a different child, though just how different only a handful of the Musgrave’s closest friends actually knew. Officially, she had undergone an experimental therapy, not a complete augmentation, a legal gray area that the Musgrave’s clout and privilege made possible.

For little Muninn, all that mattered was that she could play with friends — or even have friends at all. She attended private schools at her parents’ insistence, always the best for their only child, and found herself naturally adept at the arts. Naturally adept at all things, it seemed, but toward all things art she gravitated. It wasn’t until she neared her teens that her parents pushed her more forcibly toward a different career. 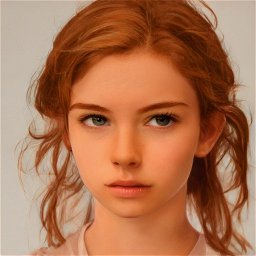 Muninn in her teens.

Throughout her teen years, Muninn underwent a grueling educational regimen with private tutors, and her socialization with others her own age became scant. The pressure exerted by her parents was tremendous and Muninn, always someone who tried to do the right thing, found herself slowly crushed beneath the weight of responsibility. When it finally came time for her to undergo the 2388 Starfleet Academy admissions, she completely cracked, failing the test so badly that she finished in the lowest percentile of the entire class.

Shamed, angry, completely lost, she did all the usual things: shouted at her parents, got depressed, and then decided that since she had hit the lowest of the low, she would throw everything out and do whatever the hell she wanted. And what she wanted to do was live free.

She converted the fluid portion of her trust account into latinum, and grabbed passage on a transport as far away from San Francisco, California, as she possibly could.

At first, Muninn just traveled, and generally tried to enjoy herself. She handled the stress of being on her own better than even she expected, and found that being human, having some latinum to spare, and being sociable gave her an edge almost everywhere.

For about six months, she worked odd-jobs aboard transports to pay her way, then visited various planets and starbases where she got by on her stored funds. Then she met a woman named Neva Adeyemi, and for the first time in her life she felt that she had found someone who could see her for who she was. 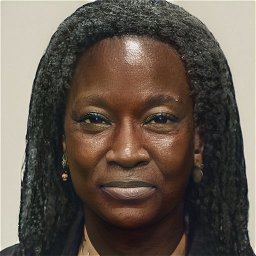 Neva Adeyemi, a neo-zennite, and transhumanist who became Muninn’s mentor.

Adeyemi was a Neo-Zen teacher and staunch pro-transhumanist who saw herself in Muninn’s quest for self-understanding. She would be the first person that Muninn ever told the truth to about her genetic augmentation, indeed, the only person she would tell until much later in her life. Traveling with Adeyemi proved a powerful catalyst for the young woman.

Muninn’s love of art rekindled, as did her appreciation for philosophy and psychology, and she delved into subjects more often considered spiritual than scientific. Yet, it would be Adeyemi who would eventually convince her to return to Earth and make things right with her parents, and to not let herself live with a failure that would haunt her if she let it lay unchallenged.

And so, just two years after leaving Earth, Muninn sent her Academy application via subspace and, after a difficult goodbye to Adeyemi, returned to Earth and the future that awaited her. 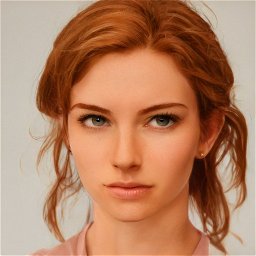 Being out of practice academically proved a hindrance, but not an outright deterrent. With nothing but the three-week warp trip back to Earth as preparation, Muninn still managed to come in with solid test scores, and entered the Academy to her parents’ relief and joy. The hatchet buried, they were mainly just grateful to have their daughter back, and overjoyed that she had returned to follow through with Starfleet after all.

The core Academy classes were difficult at first, requiring a fair amount of remedial reading in her off hours to prepare for. But, Muninn had an advantage none of her peers did (and one that had absolutely nothing to do with genetic augmentation). Her two years away had given her a bird’s-eye view of both her own life and her potential place in the galaxy, and she knew exactly who she wanted to be. Adeyemi had shown her the way, and the high-minded values of Starfleet did the rest. She wanted to help people, in the same way that Adeyemi had helped her. She wanted to act as a guide to other lost souls, and perhaps even (some distant day) as an example to others living beneath the stigma of augmentation.

She opted for a specialized medical route through the Academy, seeking an eight-year term of study that would give her both the qualifications she needed to serve as medical counselor, and serve anywhere… including the bridge of a starship.

She made many friends during these eight years, with both her peers and her instructors, and though her relationship with her parents was always awkward and sometimes tense, it seemed as if any damage done had been repaired. 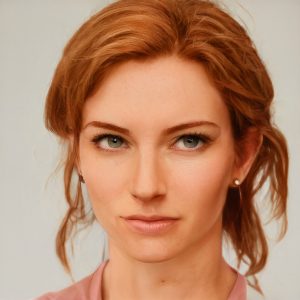 Her love of space exploration stoked during her years of personal exploration, Muninn opted to be posted immediately as bridge crew on a small Grissom-class surveyor, the USS Leakey. While her concentration was psychology, her medical qualification saw her posted as the senior medical officer for the tiny ship.

Captain Corrado Cooper, an elderly officer looking forward to retirement, took a strong liking to the soft-spoken Muninn and helped her get a feel for bridgework. She soon found herself one of a tight-knit crew that had worked together for years. Dinner in the captain’s mess, a genial and relaxed discipline, and very little action probably all conspired to make Muninn’s first experience of true Starfleet life a little idyllic compared to Fleet standard. 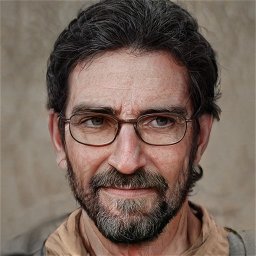 Despite this, she found herself chafing for something more. Her time studying on Earth had given her a hunger for travel, and the USS Leakey wasn’t the most exciting of posts. She did not want to leave the tight-knit community of her first posting, but ultimately, she wanted adventure more.

When she finally completed her rotation on the USS Leakey, Muninn found herself thrust awkwardly into service aboard the USS Hastings, where formal discipline ruled the day. Habits formed in the year prior served her ill aboard the strict ship, and she was slow to adjust, trying to keep her head down whenever possible.

Serving now as full-time ship’s counselor, Muninn found her skills in high demand as tensions rocked the Federation in the wake of the D’Ghor attacks and the continued disintegration of the Romulan Empire. Beyond all the normal crisis faced by people living stress-filled lives, these larger galactic tensions were taking their psychological toll across the Federation, and no place less than the rigid and intense atmosphere of the USS Hastings.

She served well, if not with any particular distinction, and put in for transfer as soon as she could, feeling that she had yet to find a place where she truly belonged.

With her preference for work aboard a deep space exploration vessel temporarily rejected, she was instead assigned to Starbase Bravo and the Fourth Fleet. There, her training would be invaluable as the Fourth Fleet began Operation: Sundered Wings and the tense situation in the Velorum sector started to unfold.