Tateumm Andreus Horin, commonly referred to as Tate, is a Starfleet Cadet currently assigned to Starbase Bravo as part of the Mellstoxx III Campus outreach programme. A Starfleet brat by default, his parents and aunt are all senior officers in the service, alongside this Tate is a eldest grandson of the Betazoid Fourth House. As a majority of the Fourth House live on Mellstoxx III, the system has been known as a home for the young Betazoid. Though he has connections, Tate hates using them to advance his career, as such he is hoping to leave the system once he has graduated from Starfleet Academy. 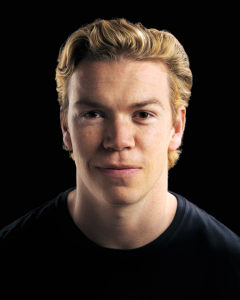 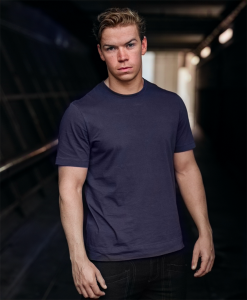 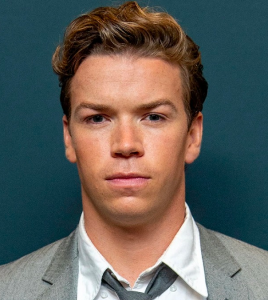 Tate takes after his father with his natural fresh-face handsome looks, however he has inherited his mother’s golden curly locks. Though he has tried to change this since he was eighteen, recently he has instead embraced them.

Tate is an avid fan of keeping his physical appearance at top form, as such if he is not on duty or socialising with his friends or fellow cadets then he is normally found in the gym. Since an early age, Tate has enjoyed participating in sports, especially when it comes to anything in water, from swimming and diving to water polo, surfing or rowing. He is happier when he is pushing his limits in the water.

Another feature he has inherited from his parents are his rosy cheeks (mainly from his mother) and his strong jawline (from his father) that can be complimented well with his boyish grin.

As a child, Tate was always confident in others, a trait he picked up from his paternal grandmother and one that has remained with him into his late teenage years and into early adult childhood. He enjoys socialising with one another and will always take the time to get to know someone he considers would become a good friend. Unlike his grandmother, as he got older he wasn’t attracted to the lavish lifestyle she tried to encourage and instil in his father and aunt (and later Tate). Instead he did follow his parents’ lead in wanting to join Starfleet. The excitement of seeing the stars and exploring the unknown was truly appealing to him. That all said, he has retained his grandmother’s ability to become the life and soul of a party during big events. A bulk of this comes around his passion for playing music and is known for his singing. There are times when he is on duty or in the gym and has been caught to be humming a tune to himself. He has had to stop himself when he starts singing aloud and realises everyone has caught on to what he is in the middle of doing.

Tate is a kind and caring soul, someone who can be trusted to get on with a task and do it well. Though when it comes to things he may find uncomfortable he is known to raise his opinion and this has caused him some issues with his superiors. The Academy has been a strong influence on him and this is something he has changed. As he has got older, he has been known on rare occasions to showe a more calmer and mature approach to life, but his young eagerness to experience everything has made him a bit too green and overshadows this most of the time. This has happened a few times, especially when he wants to impress his professors or instructors.

Though he is sociable and enjoys having many friends around him, he is known to be quite the charmer and will use this to get his way sometimes. Many of his friends refer to him as a flirt and uses his humour to get around others as well.

Being a lone child, he is known to get away with things with his father but isn’t as successful with his mother who is quick to put him in his place. He enjoys the strong relationship he has with his parents and particularly enjoys spending time with his dad. The two have become closer as he has gotten older with his father teaching him how to play Bajoran spring ball. The two are also known to enjoy going fishing together when they want to get away from things.

Tate was raised on Mellstoxx III where his parents had returned to start their family life after both of them having served in Starfleet for over a decade. Initially the young family moved into the Horin family estate and Tate was fortunate enough to live with his grandparents. Eventually his parents found their own property and moved out to have their own place. His parents, both of whom returned to Starfleet part-time once he was six, spend every waking moment with Tate. He adored his parents and everything they provided for him during his childhood was a blessing.

Though not academically gifted, Tate tried hard in every subject he was taught and did well in most of them. He excelled the most in music and his sports, but he knew this would not be good enough if he wanted to join Starfleet. His parents had never pressurised him into this decision, it was in fact a conversation with his grandfather (who was a retired admiral) that eventually made him want to follow in his parents’ footsteps. His grandmother on the other hand tried to stop it, she was keen for him to pursue his interests in music (she thoroughly enjoyed showing off her talented grandson to friends and fellow diplomats at her social gatherings) or even in his sports. Nevertheless, this was not to be and Tate pursued his ambition to pass the entrance exam.

Working hard for it, his father spent a lot of time helping Tate to study and prepare and thanks to the fact they lived on a world with a Starfleet Academy Campus attached to it, Tate was able to take the preparatory program at his school. This intense course helped him prepare for the entrance exam, it made a difference as he passed everything with flying colours. This moment was a proud one for him as well as his parents.

Initially he did not know exactly what field of study he wanted to get into, but after doing extremely well in most of the general studies of being an officer, Tate discovered he was quite the natural when it came to flight school. His instructors in first and second years encouraged him to pursue this further. As a result he decided to major in astrophysics while having a minor in aerospace engineering for his third and fourth years. He enjoyed being able to take things apart, especially small crafts on the holodeck.

While at the academy he participated in many of the extra-curricular activities, including the marathon (he came third in his second year) and joined the academy’s velocity team. In 2400, he was given the opportunity to transfer to Starbase Bravo for his last year after he was invited  to join Bravo Squad, the elite group for cadets at Mellstoxx.