Aoife Heather McKenzie is a NCO aboard the USS Denver serving as an engineer.

Aoife (ee•fuh) Heather McKenzie (b. Sept. 14, 2354) is the eldest daughter of James Rupert McKenzie and Janet Marsali Grant-Cameron.  Aoife was born in Woodland Park, CO. Her mother is from Aberdeen, Scotland,  and her father is of Scottish descent living in Colorado. They met at a Highland festival where her mother was teaching traditional Scottish dancing.   The two hit it off quickly and were married a year later, in 2353. Aoife has a younger sister, Sophie,  and brother Alexander.  Alexander is a doctor aboard the USS Columbia. Sophie runs a vineyard in the Napa Valley with her wife Denise.

Aoife was taught to play the bagpipes at a young age.  While this didn’t create a passion for this instrument, she gained a lifelong passion for music as a whole.  She is an accomplished cellist, guitarist, and plays various other brass and string instruments.  She was offered a scholarship to Juilliard for the cello, but she opted to go to Starfleet instead. 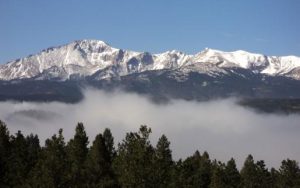 Aoife joined Starfleet Academy right out of high school at 18. It was in her first class she met the Ferengi, Nog.  Both on the same career track they shared many of the same classes, and soon became friends due to the long study sessions in the library, or at Sisko’s in New Orleans.  She became rather fond of the jambalaya, but despite Nog’s best efforts, she refused to eat the tube grubs.  It took a few times for her to convince him that she wasn’t going to chew his food for him either.

That same year she was deployed to Los Angeles during Admiral Layton’s failed coup.  Stationed in the Santa Monica sector she spent a week sitting outside a small coffee shop with another cadet and fellow Scot,  James Fraser MacDonald.  They had a short-lived romantic relationship following this but realized that they were better off just friends.

Aoife joined the Academy’s orchestra as a first seat in the trumpet section. In Jazz Band, she played both the trumpet and the double bass.

Her second year was mostly uneventful.  She studied hard, sacrificing her social life, and did very well in her classes earning her a place on the Dean’s List.  As the war with the Dominion started to go from cold war to a hot war Starfleet was in desperate need of people to crew the ships.  Wanting to help defend the Federation, she applied and received an extended leave to enlist and join the war. 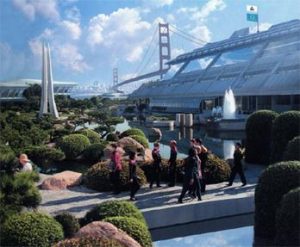 With her two years at the Academy, she enlisted into Starfleet as an E-3. She did her basic training at the Federation training facility on Vulcan and then went on to Mars for the engineering training school. Her first assignment was to the USS Denver under the command of Captain Micha Fitzpatrick.

Aboard the Denver she joined an experienced engineering team, and she learned a great deal from the crew around her, and she rose quickly through the enlisted ranks making Petty Officer 2nd Class.  At the Battle of Tyra the engineering team was decimated when a plasma conduit blew out killing all of the officers except for the Chief Engineer who was leading damage control efforts elsewhere.

Aoife had distinguished herself during this time and earned the respect of the Chief Engineer.  After limping back to Starbase 75 Starfeet didn’t have any replacement officers, and Commander Lovecroft put in for her field promotion to ensign and it was approved by Admiral Dailey.

She served on the Denver to the end of the war as the ship’s assistant chief engineer. At the Second Battle of Chin’toka the Denver was disabled and nearly destroyed.  This ship would eventually be salvaged, but that occurred well after the end of hostilities with the Dominion. 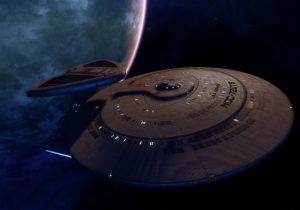