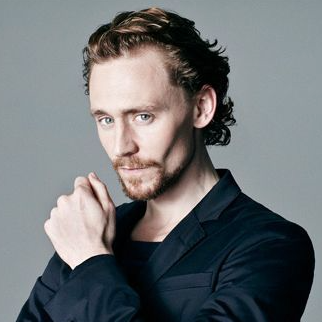 Commander Luke Lockwood, Ph.D. is the current Chief Science Officer of the USS Polaris. A former endowed chair in astrophysics at the Daystrom Institute, Lockwood was unexpectedly stranded in the Delta Quadrant when the Borg attacked Starbase 900, where he'd been giving a master class on superluminal transit. With his way home cut off, the professor turned refugee reluctantly accepted a commission with Task Force 38 searching for new ways to communicate with or return home. By the time they'd found their way home, he'd found his footing as a Starfleet officer and decided to continue his tenure with Starfleet.

The youngest child of Duncan and Elisabeth Lockwood, Lucas “Luke” Lockwood grew up with wealth and privilege in Berkshire County on Earth. His family, proudly tracing their lineage back to the royal families of ancient European nobility, owned the Lockwood Yachting Company, a luxury yacht brand started on the seas before the turn of the millennia and moved to the stars a century past. If he’d been like his older brother James or sister Allison, this would have meant equestrian lessons, weekend sailing expeditions, and summer camp on Risa, while preparing to take over the family business someday. Luke had no interest in any of that. Instead, from a young age, he fixated on numbers, gadgets and theories.

Luke’s siblings found him eccentric and embarrassing, while his parents lamented that he’d never make a worthy heir. Nonetheless, their wealth and privilege had benefits. Chief among them was access for Luke to the best education the Federation had to offer. Luke attended elite preparatory academies, first in Paris and then on Betazed, where his fixation was turned to passion and honed with knowledge. Luke’s academic pursuits were bolstered by his intellect, and, while he graduated his Betazed boarding school with few friends, he had already published several papers on topics ranging from cosmology to anthropology.

The Lockwood family had never ventured from the corporate side of the Federation before, but Starfleet Academy was the next logical step for Luke in his pursuit of knowledge. There, he found a universe of mysteries waiting to be solved and peers he viewed as underperforming goof-offs too worried about how cool they were or who they were dating. For courses Luke found worthy of his attention, mostly in the sciences, he shined as a star pupil, going above and beyond to do original research and publish papers. Meanwhile, in classes he found beneath him, such as operations, flight control, tactical and even engineering, he barely scraped by. His instructor reviews were consequently all over the place, but a common theme among them was that Cadet Lockwood was brilliant and creative but arrogant and impractical.

When Lockwood graduated, although he had few friends, no one disagreed that he was one of the year’s top science graduates. While his classmates shipped out to vessels on the front-line of the Dominion War, he got a cushy science posting on the USS Newton researching the remains of supernovae, false vacuum fluctuations and metaphasic radiation in the Briar Patch. That work lasted the better part of a year until even the research ship was brought in to support the war effort.

Lockwood hated the idea of war. He was fine with others fighting for him, but he didn’t like the idea of risking his own life. The only grace he got was that the Newton was ill-equipped for combat and thus stayed relatively far from the front-lines. Instead, their mandate was to develop defensive technology to counter Breen energy dampening weapons. Working on new and previously unknown technology was right up Lockwood’s alley, and he made several important contributions to the war effort through his work there. Still, even though he never saw the lance of a phaser or the detonation of a torpedo, Lockwood never got the trauma of war out of his head.

After the war, Lieutenant J.G. Lockwood took some time off at home to recenter; however, as soon as he got to the Lockwood Estate, he was reminded just how much he didn’t belong. To his family, he was this strange creature they’d somehow produced, while to him, they were just mundanes obsessed with building a brand and making money. He spent most of his time at home alone, thinking about the universe and researching whatever looked interesting. Between developing a coherence model for flattening trinimbic interference and writing up a proposal for a new approach to temporal RNA sequencing, he stumbled upon the Pathfinder Project, an attempt to re-establish contact with the USS Voyager, a ship lost in the far reaches of the Delta Quadrant. While Voyager had captured the communal imaginations of the Federation, all Lockwood wanted was to know all of the strange things they’d discovered on the far side of the galaxy. Their plight also made a fascinating science project.

From his familial home in Berkshire County, Lockwood started scribbling equations. The folks at the Starfleet Communications Research Center had hypothesized a way to use a micro-wormhole to achieve hyper-subspace communication with Voyager, but they were stuck on one key problem: a micro-wormhole was a point-to-point construct and they had no idea of knowing where Voyager would be located at exactly the moment they opened the micro-wormhole. Over three weeks, Luke Lockwood developed a theoretical model for solving this piece of the puzzle with the logically pernicious self-inhibitor paradox, one of the causality-breaking issues that made tachyons difficult to work with. Without a thought to the proper process, he fired it off to Commander Peter Harkins, the lead of the project.

Two weeks after sending his model off to the Pathfinder Project, he got a surprising response: a job offer. Not hot to return to a starship and growing tired of the Lockwood Estate, he accepted in a heartbeat. For the next two years, Lieutenant Lockwood worked on the MIDAS array. While the staff were an eclectic bunch, they appreciated his talents and dealt with his intricacies. For the first time, he truly hit his stride. He felt appreciated and made a number of major breakthroughs that supported communication with the long-lost ship. As the communiques came in from Voyager, he followed along with interest, his mind constantly wandering between the ways to cheat the constraints of superluminality and the awe-inspiring discoveries Voyager had made.

With the return of Voyager in 2378, the MIDAS array’s purpose came to an unexpected conclusion. Lieutenant Lockwood, still traumatized from the idea of being shot at, had no interest in serving on another starship. Instead, he applied for and was accepted to the Science Institute of Bilana III. Initially, his work was in superluminal communications, but over time, it shifted to superluminal transit in general. This culminated with a thesis providing a model for stabilizing soliton waves. He pushed for an opportunity to put this model to the test, but after the soliton disaster of 2368, the faculty were unwilling to approve a real-world test. In a fit of frustration, Lockwood applied out.

Lockwood received a number of offers to complete his doctoral work. While none had the stomach for his soliton wave research, the Stern Institute for Astrophysics had just formed a new research lab looking at several propulsion innovations discovered by the USS Voyager. The opportunity to do greenfield research on topics that had enamored him ever since the MIDAS array was enough to draw Lockwood. There, he worked on a dissertation related to the mechanics of Vaadwuar Underspace, developing the first mathematical model that described how Underspace related to and interacted with traditional subspace.

In 2382, Lockwood received his Ph.D. from the Stern Institute. Heralded as one of the great science minds of the decade, he ran a research lab at Stern, published articles in over a dozen journals from astrophysics to genetics, and spoke everywhere from the Vulcan Science Academy and the Tanaline Propulsion Laboratory to even an interstellar conference hosted by the Romulan Astrophysical Academy. This culminated in late 2387 with an endowed chair in subspace physics at the Daystrom Institute and an appointment to the Federation Science Council.

For a year, Dr. Lockwood rode as high as a scientist could ride. He advised the Federation on matters of science, ran multiple research labs at the Daystrom Institute, and toured the galaxy giving post-doctoral seminars, imparting, as he saw it, his genius on those lucky enough to hear it. While giving one such seminar though, this all came to a tragic end. He was in the midst of a lecture on Starbase 900 when the Borg attack began. Frustration at the interruption turned to fear when he realized what was happening. Before he knew it, he was just another refugee lost in the far reaches of the Delta Quadrant.

In the aftermath, the region was a mess. Task Force 38 sought to re-establish what order and organization they could. As part of this, Helios Station was ordered to revive the Pathfinder Project, and Dr. Lockwood’s first-hand knowledge of the project was considered invaluable. He information dumped as quickly as he could but was frustrated with the incompetence of the shoddy team. While he had what they needed, they were as frustrated to deal with him as he was to be in the situation in the first place.

Lockwood’s time in the Delta Quadrant was long and bumpy, but by the time they finally found a way back to the Alpha Quadrant in the late 2390’s, the crucible he’d been through had molded him into at least some semblance of a Starfleet officer. The Federation he returned to was not the same one he left. His endowed chair at Daystrom was now inhabited by someone else, and his membership on the Federation Science Council had passed on. He’d become all but forgotten, a new wave of rising stars coming into their own. Uncertain what his next step would be, when Fleet Admiral Allison Reyes approached him with the idea of joining as Chief Science Officer of the Advanced Science, Technology and Research Activity, he didn’t really have a lot of other options, and so he accepted – and with it, renewed his commission with a promotion to Commander.