Tali Levy is the current MACO Assistant Detachment Commander on the starship Endeavour NX-06. A former roughneck in the Alaskan Oilfield who wanted to find more than just the life she had been raised on. An avid marksman with the nickname of Alpha Wolf Tali has never been beaten in a marksman competition. Tali decided to join MACO and see just what she was made of. Though her skills are intimidating she is a person with tough skin, but a soft side if the person can be trusted. Tali made her living hearing every insult that was known to man and because of it nothing anyone says to hear bothers her. She can be commanding and in a demeanor that would make others get a tough skin.

Tali was born in Prudhoe Bay Alaska on the North Slope and the edge of Alaska. Tali’s parents who were from Tel Aviv, Israel. Her parents moved to Alaska to work in the vast oil processing facilities, as Prudhoe had the highest concentration of oil in that part of the world. Her parents didn’t have much in Israel so to change that they decided to move to where they had always heard things were easier.

Tali could never understand through her childhood why she had to live in such a miserable place. The summer months made it a Tundra and the winter months were colder than she could ever imagine. It was during wintertime that any work could be done and Tali’s parents worked more than she saw them. Her education was well taken care of and she was smart, but she found an infinity for marksmanship at a young age. She enjoyed shooting long distances across the tundra. Tali was loved by her parents and treated to whatever she wanted, but she always

felt there was more she could do. After graduating from school she became a roughneck in the oil fields, which gave her tough skin. Though a tragic event happened shortly after due to an explosion that took her moms life. 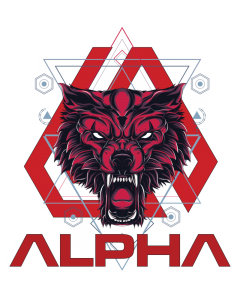 The Image That Was On Tali’s Hardhat and Rifle

As she continued to work she worked to refine her skills in marksmanship and made friends with her co-workers who respected her more than most of their male counterparts. Tali was promoted to a crew chief and worked in the oil fields for a few more years before starting to hear the information regarding Earth Military and their need for able soldiers to join the Military Assault Command Operations. Tali finally made the decision and talked to her parents telling them what she was going to do though she did not live with them anymore. They as always were proud of her regardless of the path she took. Tali had spent years working in the oil fields and the escape was harder than she had ever wanted to admit. Her co-workers were excited for her, but also did not want to see her go. Somehow they had gotten her a going away gift, one that was hard to find as the gun had not been around for many years. A Barrett 50 Caliber Rifle, with a message engraved on the body of the weapon and a small image beside it “Go get ’em as you always have! Let them know The Wolf”

Tali had not used the nickname and usually refrained from admitting to having it, but the crew had named her that after seeing her skills with a rifle and it stuck, though they called her Alpha because she was the boss so though the name was Alpha Wolf she stuck with Wolf. The name would be used in her training as well.

Tali tackled the first task to becoming part of MACO, which was the easiest for her. As she had excelled in school the educational exam was an easy ace for her. She also did exceptionally well due to her time in the oil fields for most of the physical areas though one or two she didn’t do as great as she would have liked, though she pushed herself to always do better, improving on the mistakes she had made.

The training officers didn’t go easy on her, just because she was a girl though she usually impressed them even though they wouldn’t want to ever admit it.

Tali was always a people person and made many friends during her time in training though the one that she would always cherish was John Patterson. John was from Alaska though not near Prudhoe Bay. John was drawn to Tali when he saw her shooting at the range in her free time. She had never thought about a relationship with anyone and even though she couldn’t admit it to John she cared for him on a level higher than anyone else she had met. They spent a lot of time together when training wasn’t kicking their butts. John learned of Tali’s nickname and got to shoot her prized gun, which threw him back to the ground, an event Tali would never let him live down.

In the isolation that Tali had lived in she had no idea just what had been going on around Earth. She realized why her work had been so busy as the demand for oil was higher than she could have ever imagined. She was shocked with the state of Earth and the fighting they were constantly being a part of. Tali learned of the Romulans and had a deep hatred for them, comparing them to the enemies of her parents’ home, which she had heard many stories about during her childhood into her teen years.

Tali was also placed in advanced training due to her exceptional skill with a rifle. She was marked as one of the highest to come through the program and due to her skills she was promoted to corporal on a quicker ladder than she had expected. Tali was humble about her successes and never bragged because of the life she came from she had learned to be grateful about anything no matter what it was. Tali pushed through her training making sure to do her best even if she didn’t know what she was doing she learned. Tali was a Sergeant when she had completed MACO training, and her trainers were impressed with the way she commanded the squad under her for the short time she had them. Her CO recommended she go to become an officer. Tali realized this would be a chance like no other and she was going to take the opportunity and run with it.

Before Tali began her next step by going for training she returned to visit her dad who she had heard was not doing so well. She returned to Prudhoe Bay only a day before her dad passed from an unknown virus. Tali was devastated she had left home, but she never wanted this day to come. She was alone and that made her feel like she couldn’t go on, but she had to stay strong. The final words she had heard from her parents were “We will always be proud of you Tali. We love you.”

Tali quickly notified her contact in officer school she had a small family matter. Tali was surprised when John arrived for the funeral. In tears and stricken from grief Tali admitted she loved John. John admitted he had always wanted to tell her the same. Tali asked John to stay with her during the next few days. After which he asked her to marry him before they both went in different ways.Tali accepted the proposal, but stipulated she would not change her last name. John understood and did something most men wouldn’t and told her he would take her name. Tali and John were married three months later on leave from their respective areas.

Tali, still stricken from the family grief, pushed through her training harder than before trying to keep her mind off of the event. Tali excelled in her classes and finished her classes just before a pivotal event that would change everything for her.

The Battle of Sol gave Tali her first encounter of battle and though she was not used to it her training helped her to overcome the shock of what she saw. As a sniper, Tali saw the worst and did some of the worst deeds of anyone in MACO or the UE. The battle though a decisive win was the factor that decided she would stay in this career till it killed her or she died. John was injured during the battle gaining him a Purple Heart, but not ending his career. John was stationed on Earth.

Tali worked as an officer on Earth commanding certain strike teams to areas that had been invaded. Working “wetwork” gained her a reputation and her call sign of wolf was discovered. Tali helped to progress her team and recommended many of them for certain missions. Tali had already gained a reputation going on some of the deadliest missions that MACO had. Tali had spent time on many ships but never was asked to join a ship of her own.