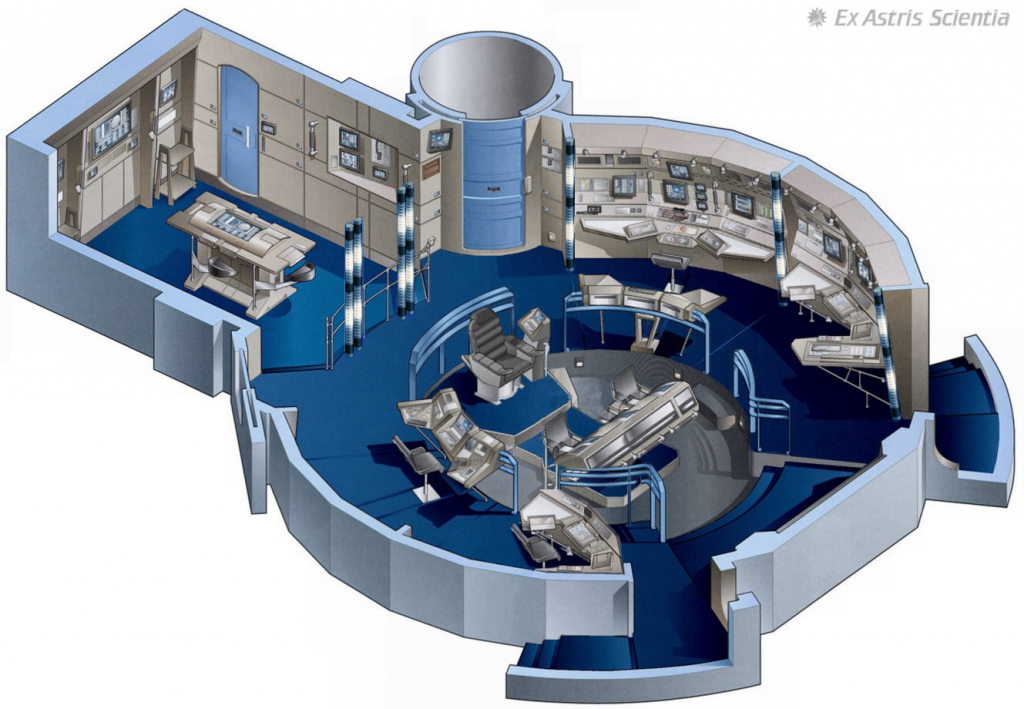 Located on Deck 1 (originally A deck), the Endeavour's bridge shares the same layout like her sister ships. At the centre, on the highest elevated section is the captain's chair. To the left of it is the captain's own personal command console, giving the captain (or officer on watch) the ability to access the ship's computer systems in an instant. Around the edge, following on to the left of the captain's chair is the science station. Here the science officer on duty can access the ship's sensors and other scientific equipment as well as the ship's database. The communications console sits before the science station. Access to the subspace radio and the ship's universal translator allows for smoother discussions between the ship and outsiders. Almost parallel to it is the engineering and operations stations. If the Chief Engineer is not present on the bridge, then another engineering officer is present and is able to rely to the captain any issues with any of the ship's systems. Behind it is the armoury station, from here weapon's control and internal sensors for security purposes can be found. In the centre of the bridge is flight control. Originally just one officer manned this but after developing countermeasure against Romulan technology that could override a ship's systems, especially the conn, Starfleet separated this station into two: navigation and helm. By separating the two it meant that one person would have to input the ship's navigation points and direction heading while the helm officer piloted the ship to its destination. Aft the bridge is the ship's situation room, which allows for some of the crew to discuss any mission specific issues. One lift serves the bridge while access to the bridge can also take place via the various access hatches and crawl-ways between Decks 1 and 2. 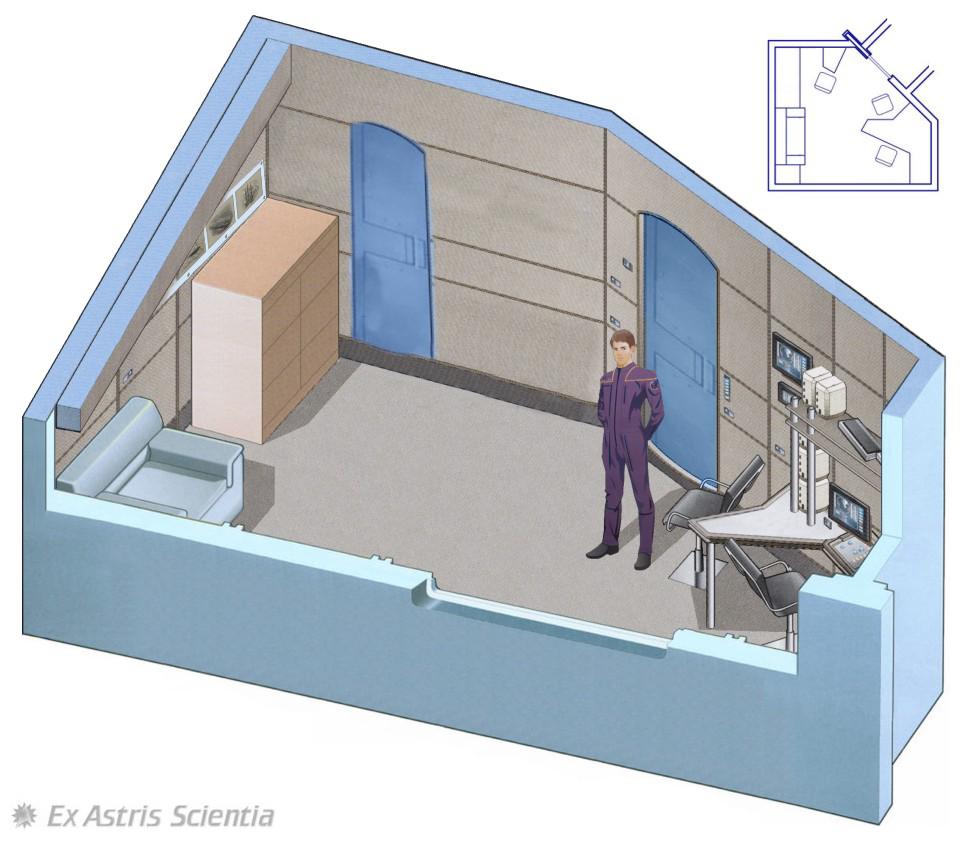 The captain's private sanctuary located on the starboard side of the bridge. The refit to the ship provided the captain with a much wider and bigger ready room. It gives the captain the opportunity to host smaller meetings with two or three officers/visitors. The captain also has access to a private bathroom which includes a toilet and a sink to freshen up with. Captain Campbell's dog, Paddington, can sometimes be found resting in here while the captain is on duty.