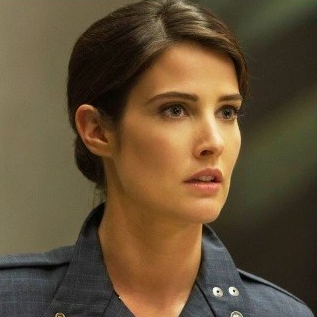 Lieutenant Lisa Hall, Ph.D. is the Chief Counselor aboard the USS Polaris. Given the ship's role on the frontier, beyond the psychological well-being of the ship's crew out on the frontier, she also advises on psychological profiles, negotiations, interrogations and psychiatry. Before joining Starfleet, Hall worked as a private contractor, with three of her largest clients being Starfleet Intelligence, the Fenris Rangers, and the Romulan Free State. While Hall's education qualifies her as a counselor, her background makes her particularly suited for her current assignment.

Lisa Anne Hall was born on Turkana IV in 2364, twelve years after the colony broke away from the Federation. Growing up, she knew nothing but the grotesque conflict that had subsumed her world and invaded her home. Her father served in the militia of the Alliance, one of the two major factions vying for control of the planet, and when he’d come home at night, he’d take his anger and aggression out against his wife and daughter. When she was seven, her mother was killed in a terrorist bombing by the other major faction in the civil war. This served only served to accentuate his abusive pattern, now turned completely towards his daughter. Over the next five years, emotional and physical abuse turned into extreme sexual abuse, and at twelve, Lisa Hall ran away from home. Her freedom did not last long on the lawless planet. In trying to avoid the two warring factions, the twelve year old runaway fell into the lawless underbelly of the broken society, quickly becoming a victim of drugs and rape gangs before being sold off to an interstellar slave trading ring that used Turkana IV as a source of human sex slaves. For two years, she endured horrid conditions as she was ferried from world to world.

In 2379, at age fifteen, she finally found an escape. During a gathering of human traffickers in Meja’s Nebula, two of the parties got in disagreement that turned into an all out battle across Kodis Base. Along with six fellow captors, they stole a shuttle while the traffickers were too busy shooting each other to notice, and the complex gaseous composition of Meja’s Nebula cloaked their escape. The shuttle did not have the fuel to travel far, and they ended up stranded near Draken. Fortunately, a Starfleet patrol ship just happened to stumble upon them, and all seven were taken to the Starfleet base on Draken IV. There, Starfleet Security questioned them about the traffickers and then, while the four of age were released to their own devices, the three underage escapees were each put into the foster system. Hall was placed with Toshiyuki and Akane Ito, a kind couple with three young children living on Earth and working for the Federation Department of Ecology.

The Ito family extended every grace to young runaway Lisa Hall. They enrolled her in a local private school, included her in their family activities, shared their cultural values with her, and tried as best they could to give her the warm home she never had. For her part, Hall remained cold and distant, participating in but never fully integrating with her new family or peers at school. Her experiences were simply too jarring to get past, and she found no one who could truly relate. But the Itos did do two things that had a lasting impact on her: first, for as far behind as she was in her education, she dove headlong into the books at school and, with a quick wit, street smarts and a sharp mind, she was scoring marks equivalent to her peers by the end of high school; and second, they had her see a psychologist to work through some of her trauma, which, while she never fully got past it, got her interested in psychology, specifically, as she saw it, the practice of manipulating other’s minds.

In 2382, as Hall came of age, she and her peers applied for their next steps. For many, they laid their hopes on Starfleet Academy, or at least on enlisting the the Fleet, but Hall had no interest in Starfleet. The way she saw it, Starfleet had abandoned her world twelve years before she was borne, and in some way, she held them responsible for her fate. Instead, she sought out an education in psychology, and, while many universities turned her down due to her unconventional background and limited education, the Vulcan Institute of Cultural Affairs (VICA) accepted her likely for much the same reason. At VICA, she learned both the art of psychology, as practiced on others, and the art of inward control, as considered by Vulcans to be the first step to Kohlinar. By the time she graduated, she’d become controlled, focused and calculated. While a decent counselor, her true interest was in the art of manipulation, and she did her doctorate in psychological and psychiatric interrogation techniques.

While Dr. Hall’s dissertation may have unsettled many in the academic community, skirting the boundary of professional ethics closely, it also created a career path for her. In 2390, Dr. Hall began work as a freelancer for those who would pay her fee with as wide ranging of services as counseling Romulan refugees and former Borg (XBs) to supporting Starfleet Intelligence and the Fenris Rangers with interrogations. Her work culminated in 2398 when she was brought in to advise on the investigation and interrogation of a number of criminal conspirators within the ranks of the Fourth Fleet. After this investigation, as the Fourth Fleet pivoted in a new direction and prepared for the Osiris Initiative, Dr. Hall was accepted into a fast track direct commission training program at Starfleet Academy geared for older professionals transitioning into the Fleet proper. She mastered material quickly and her Ph.D. put her counseling skills far beyond the regular Academy equivalent, even if some of her instructors found themselves unnerved by her cold, calculating approach that, outside of the counseling sessions themselves, seemed to be completely lacking of any compassion or care for her patients.

Following her graduation from the program, Fleet Admiral Reyes offered Lieutenant Hall, who she’d worked with during the corruption probe, a position aboard the USS Polaris as Chief Counselor. Hall’s role would be split between traditional counseling duties and advising the staff during investigations and negotiations.