Born on Penthara IV, Nate Windsor is entering his fourth year as a fully-commissioned Starfleet Officer. Prior to being posted to the Venture, Windsor spent the early part of his career flying shuttles and then at the helm of a Saber-class patrol ship in the interior of Federation space, so he has little experience as an explorer.

Once the site of a major ecological disaster, Penthara IV is a sleepy agricultural colony in the Alpha Quadrant, home to some 23 million Human settlers and anchored by the New Seattle colony. It provides vast amounts of grains, cereals, and fruits to other colonies in the sector and mixes agrarian life with an ethos of laid-back intellectualism. Nathaniel Windsor was born at the very beginning of the Dominion War, in the suburbs of New Seattle. His parents had both spent ten years as medical officers in Starfleet before retiring to live a slower-paced life, though his father had his commission reactivated and served as the Chief Medical Officer aboard the USS Hephaestion during the conflict. The events of the war were over before Windsor could be fully conscious of what was going on, so he spent his childhood enjoying life on the verge between the vast fields outside the city and the towering vertical vegetable gardens inside of it.

As a Federation citizen, he received a robust primary and secondary education, an environment that nurtured his curious and inquisitive personality to the point that he enjoyed all of his classes. Popular even from a young age, he was athletic and outgoing, enjoying any chance he came across to make new friends or try new experiences. One of the things that he especially gravitated towards was acting; he participated in every school play from kindergarten on, even though he was never particularly good at it, as his own naturally-positive personality tended to turn any more serious roles that he attempted into something that at best looked like an attempt at tragicomedy and generally limited his range to simply playing himself. This would foreshadow an earnestness that he would carry with him going forward; it is impossible for Nate Windsor to be anything other than completely honest and forthright, something that people often ascribe to being from a rural planet, but which seems to be something in his nature more than his nurture.

In high school, Windsor surprised all concerned parties when he took a shine to his mathematics courses, having a natural affinity for numbers that was rare even in a society that valued such thinking. Other than in physical education, his highest grades in high school were in his calculus classes, and he quietly enjoyed defying expectations by leading both the Mathletes and the Parises Squares team. There was little doubt that he would end up applying to Starfleet Academy, not merely because it was what his parents had done, but because of his natural joie de vivre and desire to leave the fields of Penthara IV behind to see the rest of the universe. 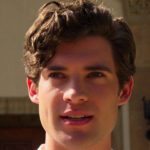 Coming from Penthara IV to the cosmopolitan capital of the entire Federation should have been a culture shock for Windsor, but he reveled in the opportunity to meet people of all different species and races. That being said, his relatively limited experience in communicating with people from backgrounds different than his own led to him putting his foot in his mouth more than a few times (“Is it true that non-Deltans go insane from sex with a Deltan?! That’s so cool!”), but after a few months he learned to temper his excitement and enthusiasm.  Due to his natural aptitude with advanced mathematics and his outgoing personality, his career counselors pushed him towards flight control, which was as perfect a fit as there could possibly be between a cadet and a course of study. The first time he got behind the controls of a shuttle on the holodeck, he knew that flying was what he wanted to do. There was an exhilaration even with just photons and forcefields that came with moving through space that he’d never experienced before.

Windsor continued to excel athletically while at the academy, and his outgoing personality led him to be selected for additional leadership training, alongside his flight control training. While his aspiration was Red Squadron, he was selected for Green Squadron in his junior year at the academy, a training squadron that was specially trained for humanitarian missions. His role in the squadron was as a pilot, so he became adept with the recently-introduced New Atlantic-class runabout. The squadron was sent on several training missions around the Federation, which gave him his first taste of  life outside of the only two planets he’d ever visited. In particular, he found a mission to Betazed to participate in a mass casualty drill to be particularly enlightening, both professionally as it was the longest flight he’d ever completed, but also personally, as it was his first time being immersed in a truly alien culture.

For his cadet cruise, Windsor was embarked along with the rest of Green Squadron aboard the USS Hope, a medical ship, where he flew dozens of ambulance missions from the ship to vessels in distress and to smaller colonies without robust hospitals, work which he found very rewarding, but being around so many doctors and nurses was a little too close to home for him. It was noted on his performance evaluations that he had the fewest number of technical errors of any cadet of his rank, as despite his enthusiasm he’d developed a risk-averse piloting style that stayed very much within the rulebook. 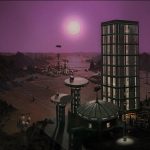 Following graduation, Windsor was disappointed that he’d been posted to Starbase 11 as a small craft pilot, rather than to a starship, but his aptitude and evaluation scores with runabouts had pigeon-holed him into that niche. He was posted aboard the starbase for about eighteen months, during which time he flew any number of small craft on missions all over the sector, something that turned out to be more exciting than he had imagined, but still relatively tedious on a day-to-day basis. On several occasions, he was given the assignment to take the ‘milk train’ between Starbase 11 and one of the minor science outposts in the sector, a weekly mission to transport minor technical components and other shipments to the other base that took several days at warp, a run that he often did alone. He took the opportunity on these runs to explore a new hobby: poetry, though that’s something that he’s never felt confident enough to show to anyone else. As soon as he was eligible for promotion to Lieutenant, Junior Grade, he put in for a transfer to a starship posting.

Windsor’s second posting was to the Saber-class USS Chaffee, a ship assigned to the Beta Quadrant on patrol and customs duties in the Federation’s core. The ship’s primary responsibility was ensuring that traffic along the space lanes was safe and followed Federation laws. Apart from occasional inspections of alien freighters for contraband, the ship never went past green alert during his time aboard. As Chief Flight Control Officer, however, Windsor was able to get in a lot of time at the helm, confirming to himself that it was the place he most wanted to be in the galaxy.

After two years on the Chaffee, Windsor was selected for a transfer to the much more prestigious USS Venture for its long-distance exploratory mission in the Alpha Quadrant.