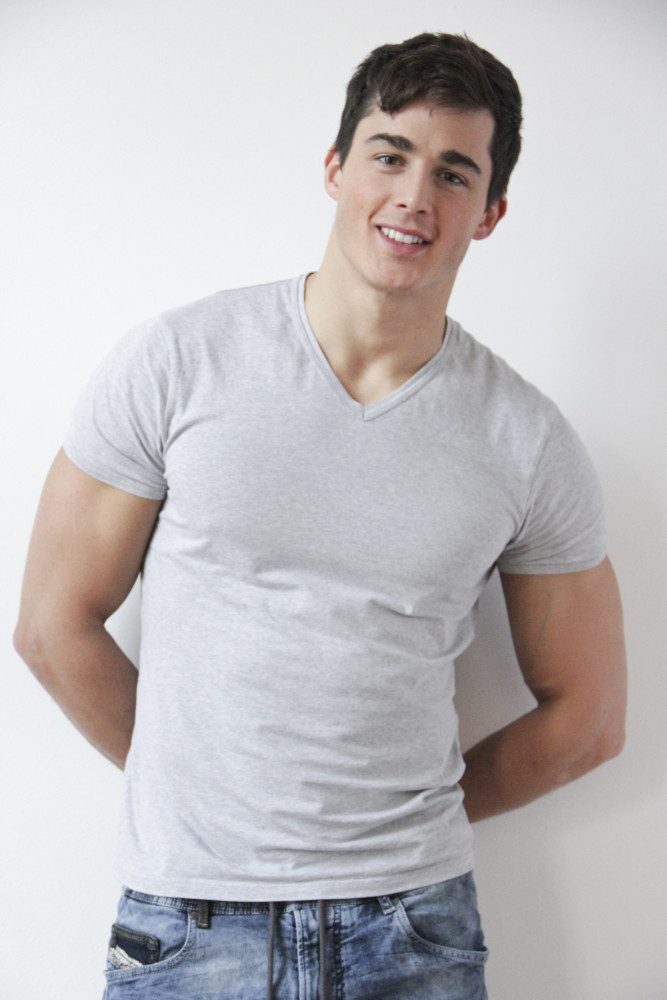 A former nurse, Sheppard completed his medical degree and residency shortly before the Arcturus left on her mission. Personable and popular, Sheppard has a way of disarming difficult situations and making everyone around him feel comfortable and appreciated. His strength as a doctor is his bedside manner, and he is adept at general medicine, though he has yet to acquire a formal specialization in a particular medical field.

Jacob Sheppard was born in a rural part of Kansas in 2369. His parents were farmers and were socially conservative compared to most other Humans in the 24th century. He was baptized as a Catholic and attended mass for his entire childhood. He was the oldest, but he ended up having nine siblings, due to his parents’ views on contraception. Growing up on the farm was enjoyable–they also kept horses, so he learned to ride when he was young and enjoyed spending time out on the rolling plains and in the wheat fields. When he was six in 2375, Earth was attacked by the Breen. While San Francisco was the main target on Earth, there were numerous secondary targets including a weather control station in Kansas City, which was less than 90 miles away. An incomplete Defiant-class ship had taken off from the Riverside Shipyards in Iowa and was deployed to defend that station, taking on two Breen fighters in an atmospheric dogfight, on a wide ranging path that took them within sight of the family farm, where Sheppard saw them exchanging fire, until eventually the ship destroyed the two Breen attackers and then rushed off to join the battle in orbit.

That was the moment that Sheppard became interested in space flight, much to his parents’ chagrin. He was both fascinated by seeing the aerial ballet of the three ships fighting one another, and also impressed by the bravery of the Starfleet officers who had rushed to defend the planet. He knew he wanted to be part of that.

Even as early as grade school, Sheppard was a talented athlete, playing every sport he could sign himself up for, something that was still very important in rural parts of the United States. In High School he was captain of both the football and wrestling teams. Academics came less naturally to him, but he did enjoy his science classes. As a teenager, he began to chafe against his parents’ social conservatism, especially when he started dating. Girlfriends were begrudgingly accepted, but he was nearly disowned when he wanted to take a boy to one of the school dances. Since he dated members of both genders, his parents labeled it as an adolescent phase, which deeply hurt him for many years after that.

What severely damaged their relationship, though, was that Sheppard wanted to join Starfleet after high school, rather than staying on the farm. As the eldest child, he was expected to take it over from his parents, but he couldn’t see himself staying on the plains for his entire life. Against their wishes, he took the Starfleet Academy Entrance Exam and passed–though not with a score as high as he would have liked. Catching the shuttle to the academy was the last time that he saw them for several years.

Sheppard entered Starfleet Academy in 2387 intending to complete the security curriculum, but within two months he realized that it wasn’t for him. He did not like using weapons and hand-to-hand combat was something that didn’t really come naturally to him–wrestling was one thing, but actually trying to hurt someone else was anathema to his sensibilities. What he had really enjoyed, though, was the first aid training that all first-semester cadets went through. That led him to the decision that he wanted to go into healthcare, but he didn’t relish the idea of spending eight years in school to be a doctor, so he enrolled in the Nursing program, one of the most rigorous programs at Starfleet Academy.

Though he was very popular and continued to excel in athletics and other physical endeavors, it was a real adjustment for Sheppard to buckle down and apply himself to his academics, but he was determined to succeed if only to prove to his parents that he didn’t belong back on the farm. In his sophomore year, he failed organic chemistry and had to repeat it over the summer to avoid being expelled, but that experience just motivated him to work even harder. After his junior year and his cadet cruise aboard Comfort, a hospital ship, he made it a point to reconnect with his parents, getting to the point where they weren’t talking all that often but at least had a chilly connection and that he wasn’t going to go off into space without ever having spoken to them again.

Following graduation, Sheppard’s first assignment was to Deep Space Six, a station relatively close to the Romulan Border. Though he was very disappointed not to get a starship assignment right out of the gate, he was still excited to be in space. He had a rotating set of assignments around the stations, sometimes working in the ICU, sometimes in the general ward, and every other Friday manning the intake desk in the counseling center, where he met then-Lieutenant Michael Lancaster at the start of his second year on the station. There was an immediate attraction and they went on a date the same day they met. Posted to the Lancelot, Lancaster started corresponding with him on subspace for several months after his ship had left DS6.

Late in 2392, Sheppard was promoted to Lieutenant, Junior Grade and was given a choice of several starship postings. Luckily, the Lancelot was among those choices and he joined her in December of that year. He figured that there was definitely a risk of things not working out with Lancaster, but that it was a big ship and it wouldn’t be that big of a deal if things did get awkward, but he also wanted to see if something might come of it.

Unfortunately for their early relationship, Sheppard was shanghaied into accompanying some of the senior staff on a classified mission that Lancaster had objected strenuously to and had refused to participate in. After that mission, Sheppard asked Lancaster if it had changed his opinion about him, and they both agreed that if they were going to try to have a relationship, they had to set aside their work lives completely. In a lot of ways they were opposites, Sheppard was boisterous and had the tendency to leave his clothes around his quarters, while Lancaster was reserved and fastidious, but they found that their differences actually worked well together.

After they’d been dating for about a year, the Lancelot was ordered to intercept and defeat a group of rogue changeling which was intent on sabotaging Federation-Romulan relations by forcing the two powers into an armed conflict. Sheppard was posted on a temporary assignment Defender a Defiant-class ship to supplement their small medical team. Meanwhile, Lancaster was captured and interrogated by the Tal Shiar.

The emotional and physical recovery from this ordeal took quite a while. Lancaster withdrew and began pushing people away again, including Sheppard, until Sheppard managed to convince him that he wasn’t going to rest until Lancaster let him back into his life. It was after that episode that they decided to move into shared quarters.

Two years later, Sheppard was called away with the captain, first officers, and a few others from the Lancelot, leaving Lancaster in command of the ship once again, with orders to maintain her patrol station along the Romulan neutral zone. During this period, the transport they were on had accidentally passed into a star system that had been cloaked by the Preservers to conceal a planet containing Bronze Age Mycenean Greeks. The ship had crashed when it was fired on by a Preserver obelisk. Sheppard suffered a broken leg in the crash and the team had to work to avoid making their presence known to the natives until the Lancelot could rescue them.

Following this, Lancaster realized that he couldn’t cope without Sheppard in his life and proposed to him, an offer he accepted on the spot, though it would be a long engagement. Sheppard was offered a spot at the Starfleet Medical Academy shortly after this, but without telling Lancaster, he declined it in favor of long-distance learning, so that they could stay together, so In 2395, when Lancaster was promoted to the rank of Commander but declined promotion in role to Executive Officer in favor of being able to spend more time with Sheppard, as a sort of revenge, though they quickly got past the small rift that caused.

After two more years serving together aboard the ship, the Lancelot was recalled for a major refit, which allowed Sheppard to begin his residency at Starfleet Medical. Lancaster was posted to the Starfleet Communications Research Facility in San Francisco, assigned to lead Project Smoke Signal, which was working on finalizing the design of a special communication system for use on the new Odyssey-class starships.

Living in San Francisco only served to strengthen their relationship, and they were able to develop a circle of friends and regular activities around the city. In the over two years they ended up living there, they also managed to travel to a different place on Earth every other weekend together. In mid-2398, they finally married in a small, private ceremony with their two families.

In late 2399, however, they were both offered positions aboard the brand-new USS Arcturus for her seven-year mission exploring the Delta Quadrant, Lancaster as Executive Officer and the newly-promoted Sheppard as one of the ship’s medical officers. It was the sort of dream assignment that both of them had always hoped for, but they weren’t sure if they were ready to give up their shorebound life. In the end, both of them agreed that they didn’t want to be the impetus for holding each other’s careers back and that if they were ever going to go on that kind of adventure, they wanted to do it together.