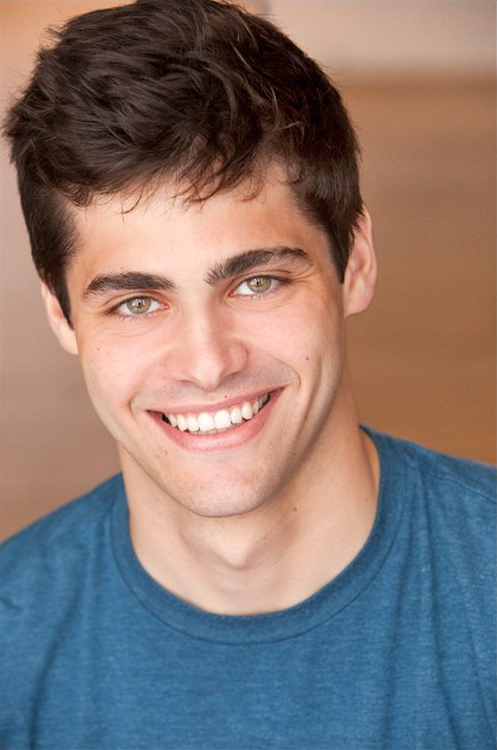 Lieutenant Alexander Mitchell is a Starfleet Officer in the late 24th Century. Declared dead in 2390, it transpires that Mitchell and the crew of the Hypatia spent a few days in the mirror universe. When they returned to our universe, it was discovered that they had also travelled forward in time by 10 years. As a result, Alexander has a chronological age of 43 and a biological age of 33.

Alexander James Mitchell, AJ to his family and Xander to his friends, was born on September 14, 2356 in Baltimore.  The first child of Nathan and Judith Mitchell, Alexander was always the apple of his mother’s eye.  He was six when his first sibling, his younger sister Pippa, was born and two years later his younger brother, James, rounded out the family.  The Mitchell’s lived in Ilchester, a suburb of Baltimore, while both parents served at Starfleet Medical in San Francisco.  Alexander’s parents always made time for their young family despite busy and demanding work schedules.

A love of music was instilled in Alexander from an early age, his mother played the Cello.  When Alexander was old enough, he also began taking cello lessons when his father gifted him with his first cello.  He loved this time he spent with his mother and music would also allow him to grow close to his sister.  When she was eight, Pippa began piano lessons and within a year they were playing duets together.  Alexander continues to play the cello as a way to relax and during his teenage years, he also began teaching himself to play the guitar.

Alexander was taught to swim at an early age and it has remained one of the greatest passions of his life.  His father would take him to the local swimming pool once a week and taught Alexander to swim, something that he would do with his younger brother years later.  That brought the two brothers closer together in spite of the age difference between them.

As Alexander developed into a teenager, he became very aware of how he looked and the result of years of almost daily swims.  He was good looking and he knew it.  This made him confident bordering on arrogant.  Most of his friends would call him cocky.  He was popular with both the male and female population of his high school, but it was only the boys he was interested in, having a number of boyfriends during his teenage years.

Alexander began at the Academy in the fall of 2374, with the Dominion War raging.  He’d known for several years that he wanted to be a pilot and had applied himself in High School accordingly.  He took to the Starfleet way of life very easily and thoroughly enjoyed the social aspects of life at the Academy.  When he wasn’t chasing guys, he was in the pool taking part in swimming competitions.  With the war so far away, it was easy to forget it was happening at all.

That changed in late 2375 when the Breen launched a direct attack on Starfleet Headquarters.  Despite his limited training, Alexander was assigned to co-pilot shuttles in the immediate aftermath of the attack before being re-assigned to help search for survivors.  It was horrific and Alexander’s first encounter with death.  He learned as much about how to stay cool under pressure as he did about flying shuttles on that day.  While he would still take part in swimming competitions once life began to return to normal, it took many months before he returned to his guy chasing ways.

Despite enjoying the social aspects of the Academy, Alexander never allowed them to get in the way of his academic studies.  He wanted to be the best pilot Starfleet had and to pilot the biggest and fastest vessels the Fleet had, and he wouldn’t allow swimming or guys to endanger that.  Alexander would regularly be near the top of his class and graduated 6th overall in 2378.

Commissioned an Ensign when he graduated from the Academy, Alexander was assigned to the Nova-class U.S.S. Aurora as a relief Flight Controller and Shuttle Pilot.  He would spend Gamma Shift in the Shuttlebay checking and rechecking the shuttles while Delta shift was spent on the Bridge, waiting to relieve the duty Flight Controller if and when it was necessary.  Usually this meant spending a few minutes at the controls of the Aurora while the duty officer was having a toilet break.

He learned to relish these fleeting moments at the Helm and vowed that he would work hard to prove himself capable of being placed on the duty officer rotation for Flight Controllers.  Promoted to Lieutenant Junior Grade in the summer of 2380, that hard work paid off; he was also promoted to Duty Flight Controller and would regularly stand a shift on the Bridge, usually Gamma or Delta shift.

Having made a duty officer roster, Alexander next set his sights on the Assistant Chief billet.  He continued to work hard and attempt to distinguish himself from the other duty officers.  It was during an ambush by some Orion pirates that he really set himself apart.  The Captain ordered the Aurora into an asteroid field to escape them and Alexander managed to keep the Nova-class vessel tight to the asteroids, coming within tens of meters on a few occasions.  In the end the Orions got too close to a particularly large asteroid and rammed into it, allowing the Aurora to escape.  Captain Stevenson recommended Alexander for a commendation and when the Assistant Chief billet became available, Alexander was promoted to fill the role in 2382.

In 2384, Alexander was promoted to full Lieutenant and transferred to the Nebula-class U.S.S. Endeavour.  He relished the challenge of being part of the leadership team of a much bigger staff and, more importantly, of getting behind the controls of a much larger ship.  The Endeavour was about to begin a long-term deep space exploration mission, which only made Alexander more excited for his new posting.

Two years into the mission, the Endeavour encountered a xenophobic race who policed their territory severely.  When the Endeavour strayed into their space accidentally, they quickly came under attack.  The Chief Flight Control Officer was killed in the ensuing battle, forcing Alexander to take the Helm and he managed to deploy a few combat manoeuvres of his own devising that allowed the Nebula-class starship to retreat.

With the Chief Flight Control Officer dead, Alexander was promoted to replace her.  While he’d seen death first-hand at the Academy and he’d lost a friend in combat during his time on the Aurora, this was the first time that he’d been promoted to replace a dead colleague and friend.  It didn’t sit well with him, but he made sure that he worked hard to try and be as good a leader as she had been.

The Endeavour returned from her deep-space mission in 2389 and put into the Antares Fleet Yards, Utopia Planitia having been destroyed during the first year of their five-year mission.  There, she would undergo a six-month refit.  As a result, Alexander received new orders to report aboard the Vesta-class U.S.S. Hypatia as her Chief Flight Control Officer.

What was originally supposed to have been a milk run, the Hypatia came under attack from a group of Cardassian ships.  Two assault teams boarded, one on the Bridge and the other in Engineering.  Alexander had to watch while the XO was murdered in cold blood.  The crew managed to repel the borders and set course for Deep Space Station K-17.

During the journey to K-17, the Hypatia traversed an area of space prone to ion storms.  Starfleet lost all contact with the Hypatia soon thereafter and spent the next few months conducting an extensive search of the region around her last known location.  Eventually, Starfleet declared the Hypatia mission, presumed destroyed by an ion storm.

In reality, the Hypatia was caught up between two converging ion storms, which resulted in an anomaly that the Vesta-class starship got pulled into.  She emerged from the other side of the anomaly to find a distorted reflection staring back; the I.S.S. Hypatia.  They had emerged in the same mirror universe previously visited by James T. Kirk over a century earlier.

The Hypatia returned to the prime universe but found that they had jumped forward in time to 2399.  For the previous 10 years, Starfleet had considered the Hypatia missing, presumed destroyed.  The Hypatia was ordered to the Avalon Fleet Yards for refit while the crew would receive new assignments.