With the recent Fleet Action; Echoes of the Tkon, now in the recent past. The Heracles and its crew find themselves back in the Alpha Quadrant; with a new friend amongst them. Who knows what is going to happen.

Until further notice, all Fourth Fleet assets are directed to immediately commence appropriate actions to benefit general fleet morale, relations with allies, and scientific priorities, as per the earlier communique from Fleet Command. Where appropriate, this should include repair, resupply, rest, and recuperation at Fourth Fleet starbases and space stations.

Local priorities including engineering and medical support, scientific surveys, and other bread-and-butter exploratory functions have been re-tasked from the 1st, 2nd, and 3rd fleets. You’ve done well, Fourth Fleet. Focus on the home front for a while.

Vausees having received the orders from VADM Aubrey to return home has turned her crew and the Heracles back toward the Alpha Quadrant. However, they did not leave Angelikós empty-handed; the Prothypourgós of the Angelikós Zilotís, Thý’ella had returned with them.

This could spell disaster for the crew or a furthering of future peace between the descendants of the Tkon. Only time will tell the ending of this adventure. 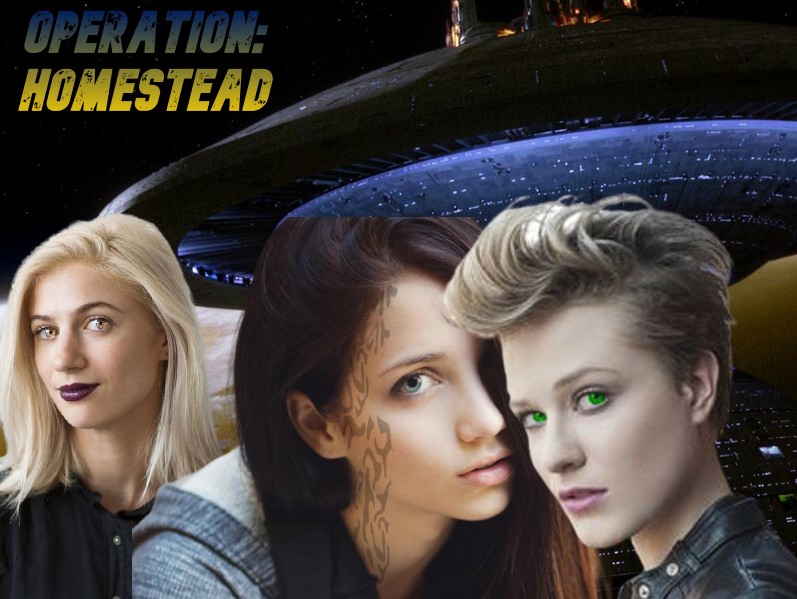 The Turkey and The Diamond Rose

Stardate: 74736.98 Time: 0830 hours Location: Alpha Quadrant – Starbase 72   —Captain Vausees and Commander Debrah’s Living Quarters – Living Room—   It had been nearly a month since the Heracles and its crew had returned from the Gamma Quadrant. The majority of the [...]

Stardate: 74577.35 Time: 2137 hours Location: Alpha Quadrant – Starbase 72 Vausees sat in the center command seat as the Heracles moved through space smoothly. It had taken the ship nearly a week to return from the Gamma Quadrant to the Alpha Quadrant. After only a few days, the crew and the [...]