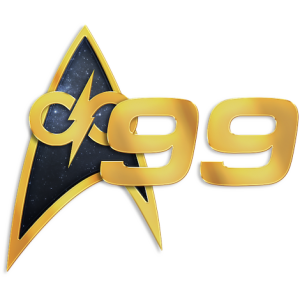 Starbase 400: It’s the year 2396, and a time of war for the Alpha and Beta Quadrants. The Cardassians are allied with the Federation/Klingon Alliance in their war against the Typhon Pact. There’s peace with the Dominion It’s a time of change for the Federation and the rest of the Galaxy…

USS New Hampshire: The USS New Hampshire has left starbase and is en-route to the Triangle to investigate a lead related to the assassin known only as Mörderin following his recent attack on a Starfleet Admiral and an Ambassador.

Vidal Fleet Yards: The year is 2399 in the Kriss Alternate Universe and with hostilities beginning to resurface along the Federation and Cardassian Borders, the Federation has tasked Rear Admiral Domingo Martinez and his crew, with the task of ensuring the peace, and addressing any concerns the New Maquis, Cardassian Detapa Coucil and the True Way Alliance may have.

USS North Star: a Vesta Class Star Ship under the command of Captain Samantha Rosso. Are you ready for adventure, if so look over our pages and come along with us as we seek out new lives and adventures.

USS Pegasus: A Constitution Class Refit vessel, the Pegasus has just completed a year long overhaul and systems upgrade and is preparing to go back into harm’s way, exploring the final frontier, with a new CO and Crew in 2295.

Sim Focus: Mirror Universe of the Kelvin Universe in 2360’s

ISS Yamato: At the edge of the Universe lies fear, anger and hate! In a mirror of humanity lies the Terran Empire. ISS Yamato is an Imperial Battleship that is tasked with maintaining order and control through the Empire! Join today and help to control the rebellion that fights the glory of the empire!

Futility’s End: It has been ten years since the end of the Borg War, and the galaxy still stands shattered. In the last, fallen remnant of the Federation, a struggle to return to the ideals that built Starfleet has begun in earnest. But against enemies both within and without, can such idealism stand?

Sim Focus: Scientific Exploration and Discovery in the Beta Quadrant

USS Atlantis: The Atlantis is a science vessel at its core. While various forces threaten the stability of the Beta Quadrant, the Atlantis’s goal is to continue the original mission of the Federation: scientific discovery and cultural exchange.

USS Ascension: The USS Ascension was sent through a spatial rift while fighting the Voth. It ended up in a new place and a new time. The Voth are gone. The crew is just waking up. There is no one around to help. What will become of the crew and ship?

SGU Discovery: It has been over four years since Stargate Command has heard from the Destiny Expedition, join Colonel Byron Ross and his team, as they discover the fate of the Destiny crew.

BSG Artemis: With the 12 Colonies of Kobol under attack, a hastily thrown together crew of Colonial Militia members must make a hard decision about how to move forward. A decision which could change the destiny of mankind for all time.

Legacy of Shadows: The Cold War between the Galactic Republic and the Sith Empire is in danger of thawing. Amidst rising tensions, both factions have assembled skilled teams of soldiers, Jedi, Sith, mercenaries, and agents to secure the advantages that will grant them victory in the oncoming conflict…

Task Force 99 had an interesting month. We welcomed 1 new sim and 3 sims that transferred from other BF TFs. We also lost 1 sim due to time constraints of the CO. There are currently 81 characters writing, across 14 sims. We had a total of 229 posts cumulative, across the task force.

9 out of 14 sims posted there monthly reports (1 was exempt as a brand new sim).

Pat AKA the Crew of the Easy Mark from Legacy of Shadows won, Player of the Month.
Vidal Fleet Yards won, Sim of the Month.
USS Ascension’s “Brave New World” won, Post of the Month.

This was a good month for the Task Force, despite the loss of a sim. We’ve welcoming some great sims and a lot of great writers!

I am happy with the posting count for the task force. Even though it is below our record the quality was high. If all sims had submitted reports, the totals may have been higher so hopefully that’ll change next month.

I’m proud of you all for all you do in and for Bravo Fleet. Thank you!