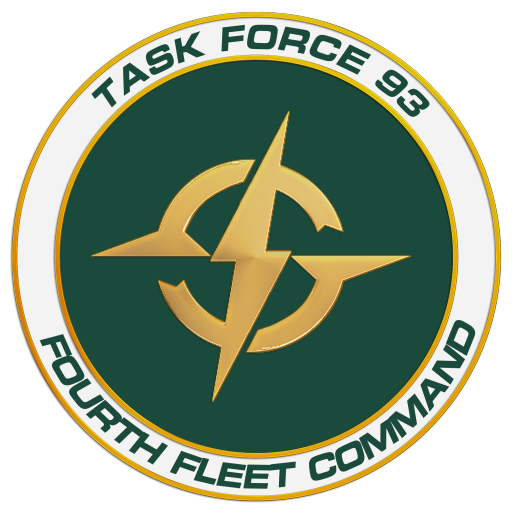 As the Defiant Class starship cruised along the Federations border with the Romulan Republic, on what was a routine ‘ferry’ mission between Deep Space Six and Devron Fleet Yards, her temporary commander; Lieutenant Commander Thrue’Nn, a young and inexperienced Andorian officer, had retired for the evening and left the small, quiet bridge under the command of a junior science officer; Lieutenant Jacobs. The Avenger had recently completed a major year long refit at Devron Fleet Yards but had not as yet, been assigned a new Commanding Officer. Lt.Cmdr Thrue’Nn had applied however Kara had rejected his application as she felt he hadn’t had enough field duty, having spent the last 4 years working in an office from Devron. Field experience and the fact that the young Andorian was extremely nervous around superior officers, particularly Kara, a situation she was planning on taking advantage of.

Kara had been reading through the report from Captain Sterling of the Armstrong one of the first vessels in TG58 going back into deep space.

TO: VADM Kara Thrace
RE: USS Armstrong Sitrep
All is well with ship and crew. We had an early departure from Niveq II due to storms, we were knocked around a bit, slight damage to the Starfleet facility planet-side.
We are on our way towards the edge of Federation space. So far, we have encountered no issues, however we remain at Yellow Alert as we approach the Romulan and Klingon borders.
Long range scans are clear, however, I don’t want to be caught by surprise from either side.
As you know, our mission is to travel beyond Romulan space and truly see what’s out there. The Armstrong has been retrofitted with additional science and defensive elements as we carry out our mission to bring the Federation’s presence into these previously uncharted areas of space. Through the use of stationary bouy-probes, we should be able to keep in contact with you and the rest of the fleet through subspace channels at the very least.
Signed,
CAPT Richard Sterling
USS Armstrong, Commanding

After sending a quick reply to Sterling, she had a glance at her chronometer on the bulkhead just above her workstation told her that Thrue’Nn was due to ‘stop by’ and check in on her any second now. The door chimed before she could finish her though, knowing it would be Thrue’Nn, Kara leaned forward over her workstation and tapped the comm panel “No Thrue’Nn, I don’t need anything” Kara could picture the nervous Andorians facial expression as her voice came over the comm system too him “And yes, everything is working perfectly” Kara gently tapped the panel again to close the chanel and sat back in her chair re-reading the letter she had composed to send to Roman on Devron.

Finally happy with her well thought out and carefully worded out she signed off the workstation, had one more glance of the chronometer and rose from her chair “Computer, encrypt letter using personal algorithm Valdez 4 and transmit to Captain Roman Valdez on Devron Fleet Yards in one hour” Kara grabbed her uniform jacket from the back of her chair and her satchel from her bedside.

As she stepped onto the bridge of the Avenger, as expected she found 3 junior officers and no-one in the command chair. A startled Ensign at the engineering station caught her entry and started to announce her presence on the bridge “Admiral on the” before Kara raised a hand to cut him off, she stepped up to the command chair and punched a few command to display the chronometer, giving it a glance and closing the console back down again. “Lieutenant Jacobs” she called out, hoping she had recalled the correct name from the duty roster. Jacobs turned  round from his console to face the Admiral and acknowledged her with a ‘sir’ as he met her.

“Drop out of warp and bring us to all stop, maintain our current position and implement shipwide communication blackout” Kara ordered as she took the command chair. A slightly confused and puzzled Jacobs asked if Thrue’Nn should be informed before politely but firmly being put in his place by Kara at the same time as the Bajoran helm officer called out in a panic “Admiral, Romulan Warbird decloacking off the port bow” her hands frantically scrambling over her consoles sensor readings “Its an old B-Type, transponder is reading as the Decius” Lieutenant Jacobs, still chastised from his suggestion of contacting the ships Commanding Officer nervously asked Kara if they should be raising shields. “No need Lieutenant, stand by” Kara ordered standing from the command chair to grab her satchel.
As the Avenger sat dead in space almost engulfed by the huge warbird, in the blink of an eye, their cloak re-engaged and they were gone. All three junior officers on the bridge of the Avenger turned to the command chair in disbelief to find that Kara was no longer there “someone better let Commander Thrue’Nn we’ve lost the Admiral” Jacobs sighed

With the recent announcement that Task Force 86 (now opened) spinning off from elements of TF93 and TF25, we will be moving to solely focus on three specific area of operations that applies to both games and member fictions;

We are looking for a Chief of Staff to join us as advertised on Discord we are very eager to find the right person to join the Task Force and help us grow and full on from our recent success in The Raptors Wing competition. You can apply here to get started

Devron Fleet Yards can be found here and is for use for any member in 93 – go on and give it a try for any and all of your writing desires.

Star Trek Corsairs / The Qu’anr is a pirate based game which has just opened up in TF93.

“The Qu’Anr – Star Trek Corsairs – Will ye Serve? The House of Mo’Kai & the remnants of the Sovereignty of Kahless pose a grave threat to the safety and security of the Federation and the Klingon Empire. But in these turbulent times there is not the political will to openly send Starfleet or the KDF into combat against these threats. In the shadows powerful figures, “The Consortium”, do not believe in standing idly by. If the Federation and Starfleet will not act, then they will. They have the means, the resources and the determination to take action… A ship has been acquired, a mission is planned and now a crew is being assembled. A team of modern day Corsairs, who will take the battle to the enemy in their own backyard! The Qu’Anr – Star Trek Corsairs is recruiting personnel for a mission deep behind enemy lines, operating without official knowledge, sanction or protection in the no man’s land that lies beyond treaties, borders and rule of the law.”

As announced recently  we have new options for aspiring new GM’s to open up their own game with zero of the setup hassle. The Defiant Class, USS Avenger will shortly be open for command in 93 for just that very reason. All set up and ready to go for the right person