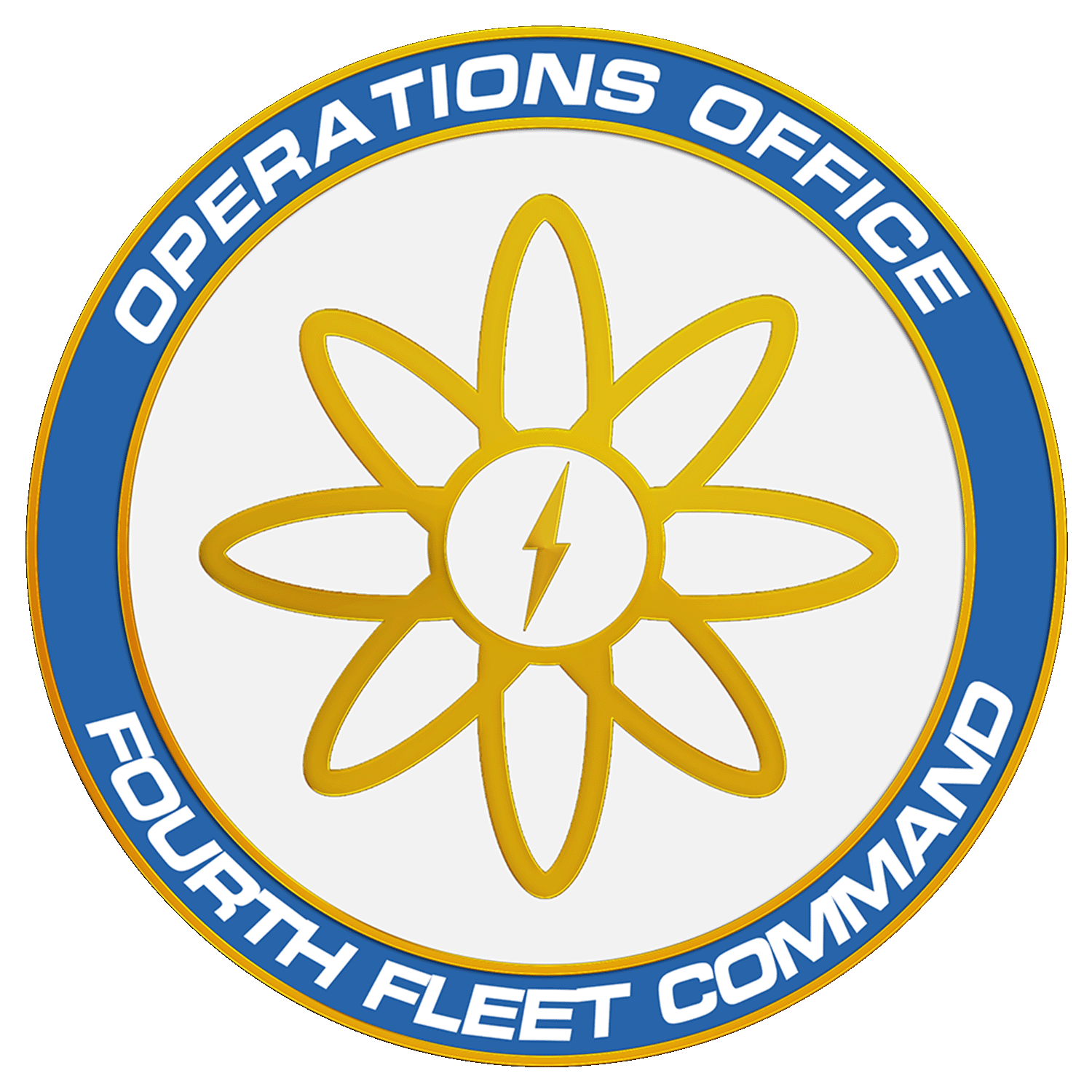 Operation Back To Basics 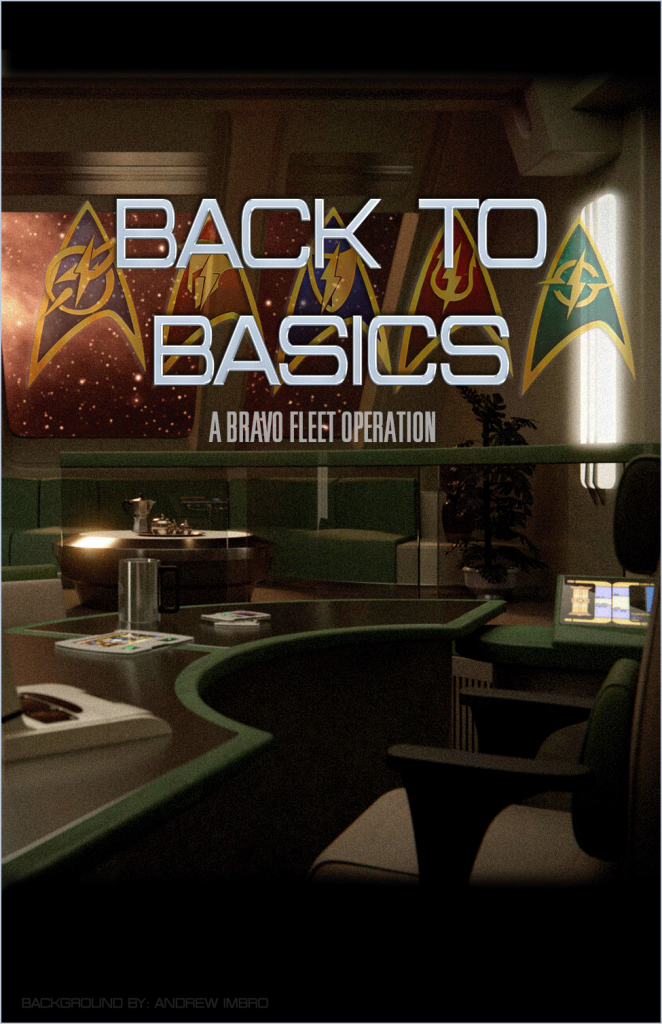 Walking down one of the corridors of Starbase Bravo, Rear Admiral Zack Marshall Bennet was minding his own business as headed back to Fleet Operations after his lunch when,his name was called out by a familiar voice. Looking over his right shoulder, he saw the arrival of his senior assistant, Lieutenant Commander Marjaret Careign.

“Careign,” Bennet said to the Bajoran woman in response, “is everything okay?”

She nodded at him as she greeted him with a sweet smile before she answered her superior. “You are needed in fleet operations straight away.”

“I’m on my way there now. Don’t tell me; Species Eight-Four-Seven-Two has invaded the Beta Quadrant?” Bennet asked dryly.

Not really responding to her boss’ sarcasm, she bypassed that comment with an update. “I’m afraid, admiral, you’ve got a stack of reports and requests to review immediately.”

Bennet sighed, “Very well, but what’s so urgent now?” He started to say to her.

Marjaret anticipated what he was going to ask and had her answer ready. “One of the immediate requests is from Admiral Beckett, he is wanting further updates on ships who are still in the Velorum Sector.”

“Beckett is a demanding son of a-”

“He is the Director of Intelligence for the Fourth Fleet; he does need to know things.” Marjaret reminded her superior, interrupting him. “Also, Commodore Stafford has sent in updates on the latest repair schedules for the fleet.”

Almost half an hour later, Bennet was sitting in his office. It was huge. Showing off the entirety of Mellstoxx III behind him through vast curved bay windows, the admiral was sitting on one of the five sofas in the middle of the room. In front of him, a pile of PADDs sat on the glass coffee table while others were scattered across the charcoal and dark red settee he occupied. Cross-referencing the latest mission reports from their field commanders, he was trying to compile the information for Beckett while ensuring that those ships that needed maintenance weren’t missed, so Crawford knew the whole picture.

One of the doors to his office opened, and Marjaret stepped in with more PADDS in her hands. “Sorry, admiral, but there’s a few more of those after-action reports you requested.”

“Are they complete?” Bennet asked as he watched her place them on his desk.

Sighing heavily, Bennet slumped back into the sofa as he hit his head with the PADD he was reading. He grumbled under his breath. Realising he had to do something more, Bennet picked up a spare, empty PADD and started to write across it. Once he was finished, he passed it over to his assistant. “Careign, get this out to every commanding officer, fleet-wide; I know I ordered everyone to return to their previous assignments, but I want the latest updates and complete reports on what they’ve just concluded. I don’t want half-hearted responses; we need to know everything, from the events after the Century Storm to supporting those in the Velorum Sector; the entire fleet has been busy enough that a holo-series could be made from it all.” He paused to take a breath. “We seem to have moved from one crisis to the next, and now it’s time to catch up with the paperwork.”

“Understood, sir,” She replied as she took the PADD from him. “Anything else I can get for you?”

“Just more raktajino to help me get through this reading, then a Klingon Honour Guard would be good as I’m sure I’m not going to be the most popular admiral in the fleet shortly,” He answered with a smirk as he picked up the next report and tried to get comfortable to finish off his work.

What is an Operation?

An operation is a coordinated effort led by the Operations Office during which Task Forces prepare competitions fitting a unified theme over the course of several individual event weeks to bridge between the stories of Fleet Actions and Campaigns. These are lower-intensity events designed to make sure that there are consistent opportunities for people to enter competitions. They are also opportunities to provide guided ways for members to interact directly with the canon surrounding their home task force, both in their fiction and world-building challenges. Unlike a Fleet Action, task forces are not in competition with one another, and unlike a Campaign, there are no regular lore updates with story beats, as it is intended to be free-form and at the members’ discretion. Also, unlike a Fleet Action, members are not prohibited from proposing their own unrelated competitions during this time, and, indeed, Task Force staff are encouraged to seek out members of their TFs willing to put on competitions.

OOC Premise of Back To Basics

We hope to encourage additional world-building and character biography development during this Back To Basics Operation, with members focusing on the administration and engineering sides of their fiction primary commands. During the Operation, members will look at developing the following areas on their ship:

While they will expand/create further background on the following characters on their commands:

IC Premise of Operation Back To Basic

Rear Admiral Bennet has ordered all Fourth Fleet assets that have completed their assignments with rescue and relief efforts to return to previous assignments; however, reports and updates are needed to be filed away for the admiralty. Alongside this, some of the ships in the fleet require routine maintenance and upgrades. Chief Engineers across the fleet must undertake these while continuing with their current assignments unless their ships are docked at a nearby starbase, repair station or shipyard.

The Operations Office will host and grade ongoing competitions during the operation. Watch out for these to be released on Monday 29th August 2022; all of them are based on the character creation and area development shared above.

Just like before, we will have weekly events run by our Task Force Senior Staff. They run from Monday to Saturday and include at least two competitions from each TF staff member and any other competitions to which TF members wish to contribute. So get your thinking caps on now and speak to your Task Force staff with your ideas.

This will be an excellent time for everyone to take a moment to reflect on their primary commands and add that bit more exciting detail. If you’ve not had a chance to use our BF Wiki before, then use this chance to find out more and get your ship’s article written with a great few examples of what specific areas are like. Or, consider revamping those characters you’ve been meaning to do for some time now.

If you have any questions, please contact your Task Force Senior Staff.