Several colonies near the Paulson Nebula are in need of assistance and it’s Starfleet’s duty to come to their aid. Unfortunately communications in the area are badly garbled and we need to sort out the information regarding a handful of colonies to make sure the correct resources are made available.

Sort through the garbled data below to figure out the distance from the nebula, population and primary species for each colony world so that resources and ships can be allocated appropriately. 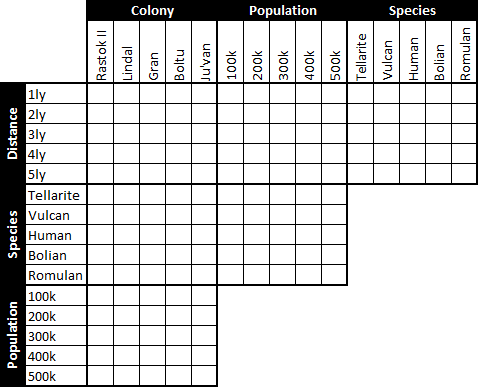