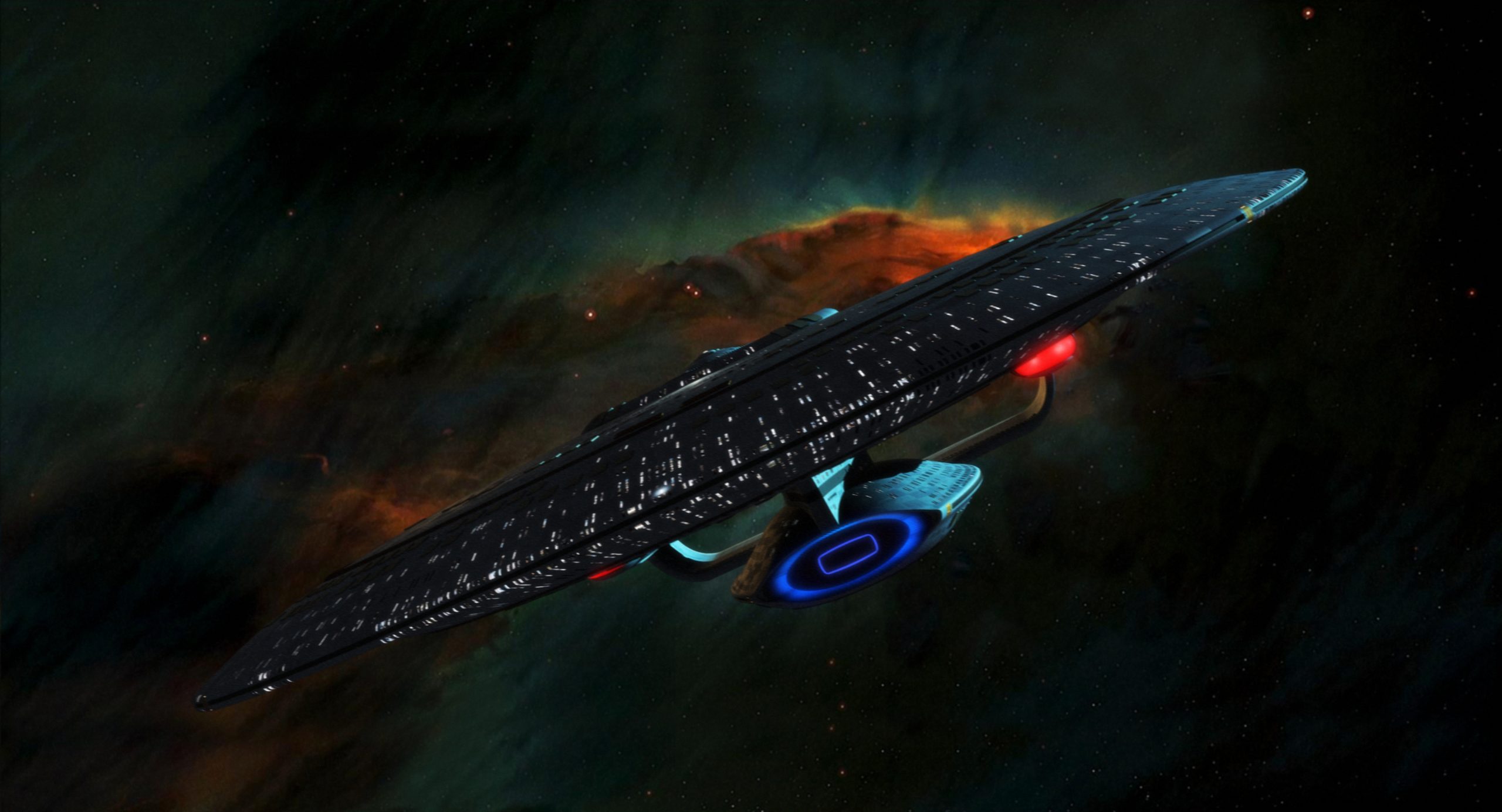 "She may be old, and she may have her quirks, but she's a ship of legend. And I want you to take her out into the galaxy one last time..."

A symbol of elegance from an age of peaceful exploration and scientific endeavour, a presence never to be scoffed at or underestimated, and a vessel of legend. Wherever she goes, stories are sure to follow. Her kin have made first contact with hundreds, if not thousands of species. Treaties have been forged between implacable enemies on her decks. Whilst age now limits her to less than forty sisters travelling the stars, their space frame no longer under construction and the final of their scheduled refits having been concluded, she remains a posting of prestige, of desire. Captains and crew members alike plead for a chance to walk her hallowed halls and to sit at the heart of her bridge.

She glides through the heavens with the poise of a princess, a symbol of all that is good in the universe, flying the flag of peace, as the sister of the former flagship of the fleet. Klingon warriors sing songs in her honor; Cardassian cruisers flee at the very mention of her name; Dominion attack ships had to pay the ultimate sacrifice to eliminate her brethren; and even the very best ships the Romulans could once call upon were no match for her prowess.

A sight these days rarer than a Ferengi donating latinum to the Bajoran war orphans fund. A sight to behold. A guardian of the galaxy, an angel of mercy.

A Galaxy-class starship in all of her glory, the USS Ulysses serves the newly established Task Force 72 of the Fourth Fleet, operating out of Starbase 72 in the Minos Korva system of the Alpha Quadrant. Despite her age, recent tactical advancements mean Ulysses is more than suited for a return to Starfleet’s mandate of peaceful, scientific exploration. What she will find along her journey will test the crew to their limits…

Swearing, sexual content and violence are permitted, with some limitations.
Avatars on this command are personal commissions, or located at Sci-Fi Avatars or Free Use from STPMA.

‘The prettiest of mirror images, as transient as any moment, shows the eternal beauty of your soul.’ On that particular morning, whilst sitting at the dresser in her quarters and staring into the mirror somewhat blankly, Prida felt anything but pretty, and felt her soul had been cracked in two. [...]

CH3: A tragic end to a promising beginning

Without question, the third vessel she had now served upon in as many months was beyond impressive. Forty-two decks housing everything from an arboretum to the Bridge, engineering to a formidable medical department, and everything in between. Designed for deep space exploration, Starfleet had [...]

CH2: Problems at Home and Abroad

Overlooking the beautiful cliffs and waterfalls of Bajor’s capital, the Starfleet Command Annex was the headquarters for all of the Starfleet operations on the planet, including Starfleet Tactical. The ornate and ancient building, often the ending point for traditional grand parades during [...]

Across the stars, wherever one may find themselves, it is common knowledge that one’s fears can be triggered by real threats or by memories of threats once experienced. Terrans in particular find it challenging to unlearn fears. Thus, when one eventually realises that they are scared, they ask [...]