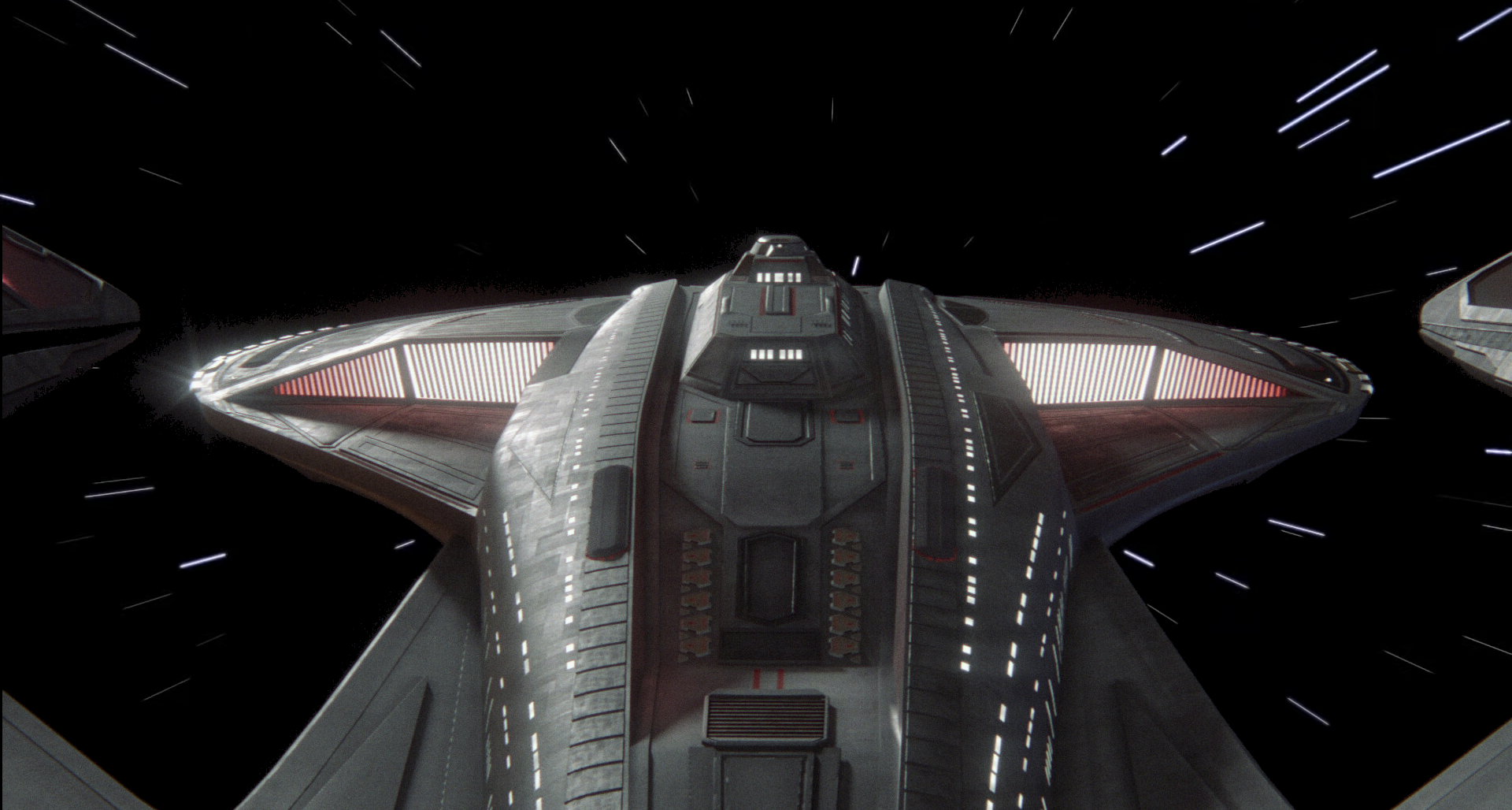 A merging of two crews sees the Temeraire undergo seismic changes, with a new commander and a new mission beyond the borders of the Federation...

A merging of two crews sees the Temeraire undergo seismic changes, with a new commander and a new mission beyond the borders of the Federation…

After an inquiry into the disastrous testing of the MARS stealth system aboard the Inquiry-class starship Thesis, Starfleet Command relieves the the captain of her command, opting to merge the crew with that of their aging counterpart, the USS Santa Fe. Whilst undergoing an overhaul, the ship has all traces of the controversial system removed, and is recommissioned with a new name and a new commanding officer. Redesignated as the USS Temeraire, pronounced Tem-uh-rare, the ship’s technological advancements and experienced personnel make her a perfect candidate for a new mission.

Her new mission sees the Temeraire join the newly established Task Force 47 of the Fourth Fleet, operating out of Deep Space 47 at the gateway to the Thomar Expanse. Despite her tactical advancements and status as a heavy cruiser, Temeraire is more than suited for a return to Starfleet’s mandate of peaceful, scientific exploration. What they find in the wasteland beyond the gateway will test the crew to their limits.

Swearing, sexual content and violence are permitted, with some limitations.
Avatars on this command are personal commissions, or located at Sci-Fi Avatars or Free Use from STPMA.

Traipsing along the corridor of deck seven, steaming mug of Vulcan tea in her hand, the executive officer of the Santa Fe was sure she must have been hallucinating when she had received the summons to report to the mess hall at zero-four-hundred. Still, upon entering the mess facility, she was [...]

“The only things that can save me from the demons of my tomorrow is sleep. A rested mind will have the sharpness to make the kind of decisions that could be the difference between promotion and being fired. In my youth, I was the kind of person who slept all night and well into the morning, [...]

Sebastian nodded to several people he crossed paths with on his march along deck 6 until he reached the entrance to sickbay. As he crossed the threshold and entered the medical facility, he noted the somewhat unusual presence of two security officers keeping a beady eye on events as they [...]

“Dropping us out of warp… now.” Stars that had previously streamed past their runabout at magnificent speeds suddenly slowed to a stand still as the craft came to a halt in orbit of the planet Ohnia III. What had, by all reports, been a lush, green world covered with all manner of flora and [...]