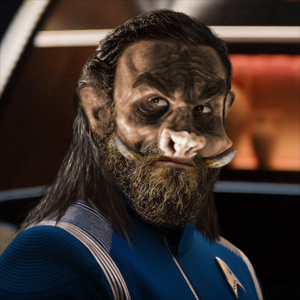 Vin lek Sholorn was born on June 5th, 2220 as part of a litter of seven. The Sholorns were a generational family, with multiple generations living under the same roof. For as long as the elders could remember, the Sholorns had always been one with the wilds of Tellar. They trapped, hunted and even bred animals. This was the main source of income for the Sholorns for decades as they traded food, furs, and wares to the nearby villages and towns.

As a boy, Vin was very hardworking and always eager to learn from his father. Seeing as he was bigger and stronger than his siblings, he was often chosen above everyone else to go canine hunting. From these expeditions into the wild, Vin learned the skills required to survive with as little as possible. It became apparent as he was getting older though, that he was losing the desire to kill his prey. He began to question the need to hunt, when technology was available that could give them all that they ever needed. His father replied to him by saying “Nothing worth having comes easy”.

Aside from his duties at home, Vin attended school as well. He wasn’t an exceptional student but he always did well enough to continue on from year to year. It was when Vin was nearing adulthood that he began to question his future. Did he really want to spend the rest of his life being a hunter? It was quickly becoming something he didn’t necessarily agree with. While he did not dislike his life at home, he simply felt as if he was capable of doing more. And Vin wasn’t the only one. It just so happened that a few members of his family had felt the same way at one time. In fact three of them left home to join Starfleet. It was kind of like a curse in the family. Having ‘space-legs’ was extremely frowned upon.

Following in the footsteps of his banished relatives, Vin decided to apply to Starfleet Academy. Although he did so in secret. As a result, Vin had to juggle the time he spent studying with his regular duties at home so that no one would find out what he was planning. It wasn’t easy. Nor was it easy for him to come up with a reason to give to his parents that would allow him to go to Agora, where the learning centre for the Academy entrance competition exams took place. In the end he managed to convince them to let him go. Unfortunately, when it came to the exam, Vin did not score the highest so he was not permitted to progress to the next stage. He would have to reapply the following year which is exactly what he did. The extra year of studying and an increase in maturity helped Vin pass his exam this time around.

The next step was the Starfleet Academy Preparatory Program. At this point, Vin had no choice but to tell his family of his desire to be in Starfleet as the Program required him to move to Agora to take the six weeks worth of summer classes. Given his family’s feelings on the three banished Sholorns, it came as no surprise that his parents were displeased about his decision, to say the least. Fortunately for Vin, a number of his siblings were supportive of him. It was enough to reinforce his future plans. At thirteen years old, he moved to Agora to attend the Preparatory Program.

The Program was just another hurdle in Vin’s journey to become a Starfleet Officer. He would successfully complete it and was admitted the following year into the Academy. One would have expected that Vin would have signed up to security as his major. He did have the skill set that would have seen him excel at it. But like his three relatives who’d previously joined Starfleet, Vin decided to major in helm and navigation. He’d learned, much to his amazement, that the Sholorns were renowned for their piloting. Vin wanted to be counted among them.

Four years later, Vin graduated from the academy. He was promoted to the rank of Ensign and assigned to the U.S.S. Hawking. It was his first real taste of what life in space was all about. In the years that followed, Vin would climb the ranks. He served on the Hawking for five years as a Helm Officer. In 2245 he was reassigned to the U.S.S. Herodotus. His stay there was short lived as three years later he was once again reassigned, this time to the U.S.S. Edison as its Chief Helm Officer. While on the Edison, Vin continued to climb the ranks, and at his Commanding Officer’s suggestion, he started command training. Seven years into his tour on the Edison, Vin was promoted to Commander and became the ship’s new First Officer.

The Battle of the Binary Stars in 2256 changed everything. The Edison was ordered by Admiral Brett Anderson of the U.S.S. Europa to join the Starfleet task force on the outskirts of Federation territory where the U.S.S. Shenzhou was being confronted by a fleet of Klingon warships. Hostilities between the Federation and the Klingons came to a head. The drums of war sounded. Starfleet lost the initial battle. Vin’s ship, the Edison, was destroyed but not before he and a handful of his crew were able to abandon ship aboard one its shuttles. They were able to escape the battle and return home.

It took some time, but Vin did eventually get assigned to a new starship. With his experience and heroics against the Klingons at the Binary Stars, Starfleet Command gave him command of the newly completed U.S.S. Mercury.