Henry Longfellow is a doctor/physician.  He is 40 years old.  He previously worked as a doctor in the Montana Physician Network and decided to explore the Starfleet Medical track.

Henry is 6’1 and wiry.  He walks fast, moves quickly, and isn’t one to stand around.  He wears glasses due to his allergies to most treatments for vision issues. 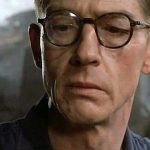 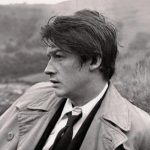 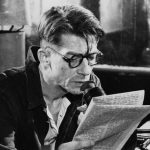 Kind but cantankerous.  Gentle but abrupt.  Thoughtful but annoyed.

Henry Longfellow was born to Otto and Jenimae Longfellow in Opheim, MT on 06.1.2360.  A small town just ten miles from the Canadian border it features a bustling transport hub for the surrounding region,  In danger of becoming a ghost town in the late 2000’s, it won a contract with Boeing to take over the runways from the old Airforce base and begin testing experimental flight operations.  Over the years the station grew with time and technology to what is now.  Henry graduated from Ophiem School at 18 and went to medical school in pursuit of his dreams of healing others.  He graduated and was accepted to residency in Glasgow, MT in 2382.

He quickly became a star doctor in Glasgow and met Thea Paulson, a nurse on his trauma floor.  They married within a year.  Henry finished his residency   In 2386, he completed his residency and was accepted to Great Falls Clinic Hospital where he was placed in charge of their emergency department.  Thea followed him and became a nurse in intensive care.  The ER department was awarded Best ER in Montana each year from 2387 to 2390.  In 2390, he transferred to Bozeman Health Deaconess Hospital in Bozman, MT where became he became Chief of Emergency Medicine.  He served with distinction until 2398 when Henry decided to change careers and apply for Starfleet.  Thea was part of this desire as she wanted to seek out space and explore beyond Earth.  She followed him in applying.  They were both accepted in 2398.

At 37, he attended Starfleet Academy and due to his previous education and experience graduated in two years.  He graduated in 2400.  His wife followed a similar path and was assigned to a medical frigate.

Assigned as a physician to Starbase Bravo.