Edward Alan Clark was raised on a small ranch in Montana. As a  independent and plainspoken youngster, he grew up riding horses, skiing and hiking in the mountains. He enjoyed exploring and going on little adventures. He believed the spirit of exploration came from his heritage, as one of his ancestors was Willam Clark, an American explorer who led the Lewis and Clark Expedition of 1804–1806 across the Louisiana Purchase to the Pacific Ocean. He always heard stories about the different relatives who were pioneers,  astronauts, and even members of Starfleet, including his father.

His father, Alan Clark, taught him from an early age how to fly shuttle crafts.  When his father was assigned short trips between Earth and the Moon, Edward would accompany him. By the time he became a teenager, Edward was a proficient pilot.

He showed an interest in joining Starfleet at an early age, but his grades were not the best. He first attempt was at the age of sixteen.  It would take him several more tries, along with dogged determination and attending preparatory classes to finally pass and be admitted to Starfleet Academy.

During his first year, he would transport home on weekends to visit his family and share all that he was learning. Edward joined Cadet Squadron Nine, and instead of having to use the transporter, would shuttle his team to the mountains near his home for ski trips.

In 2382 near the end of his sophomore year, Edward encountered R’Tor a Caitian upper clansman who was struggling with a flight simulator. With Edward’s help, R’Tor became proficient enough to complete the course with passing marks. The soon became fast friends. R’Tor would go on to graduate the next year.

During his third year he met Joanna, a young un-joined Trill. They were enamored with each other and soon became inseparable. During one of their skiing trip, she fell and broke her leg. He tended to her wounds and flew her to a medical facility.  He remained with her throughout her week of recovery. Their budding romance was cut short, when they both realized that maintaining high marks and a relationship untenable. However, the attraction for both of them remained.

As a senior cadet, Edward had more time to focus on his career options and applied for Command School. By the time he graduated in 2384 with a degree in Astronautical Tactics, he was accepted into Command School where he focused on Advanced Starship Operations.

By the middle of 2387 Alan was assigned to USS Typhon as part of Beta wing fighter group. The ship was sent to patrol the areas of instability, including the Romulan / Klingon Boarder.

As a fighter group they would protect the ship and conduct escort missions to fend off pirates and rouge elements. During one encounter, his wingman’s became disabled. Rather than return to the carrier, Alan stayed and protected his friend. Although outnumbered, he destroyed two attackers, and fend off a third. This gave valuable time for a light cruiser to enter the engagement and chase off the raiders. Alan’s ship was heavily damaged,  but operational. Due to his actions, he received a commendation.

In 2394 Assigned to the USS Shackleton (NCC-79321) where he served as Helm officer and pilot of  the Dorman a Waverider-class support craft.

In the middle of 2397, the captain had beamed down to conduct diplomatic negotiations when the Shackleton was attacked by a warship in a coordinated effort to take the officers on the planet hostage. During the attack the first officer and other bridge officers was severely injured.

After disagreement with the remaining bridge officer, Clark took it upon himself to fly the Dorman into the atmosphere and save the captain and his team.

2398 Edward reported  to Starbase 260 for his court martial hearing.  His old friend R’Tor served as  his defense team. 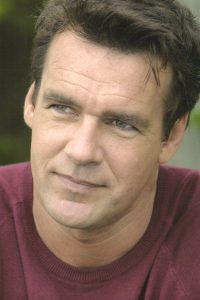 Clark is a born flyer - he is reserved, but well respected and considered a brave and decisive leader. He is holds a strong sense of Justice and has a pioneering spirit. He loves history and is a top rated pilot.