Xiao was born in the sprawling cityscape of Shanghai China. He was born into a family that took the traditions of the land to their fullest. Xiao was brought up deeply rooted in his heritage. Xiao was active even as a young child roaming the streets amongst the many skyscrapers in between his schooling. Xiao also loved running and would take a run along The Bund. His parents Xiao Shuxian and Qiu Yuyan were always working to build a water system built through the landscape outside of Shanghai. Xiao’s parents were head engineers and the designers of 麻雀桥号中 (Máquè qiáo hào zhōng) “Sparrow Bridge” due to the nature of their work Xiao learned geo-engineering at a young age and was picked on at school about it.

Xiao struggled making friends due to always traveling back and forth with his parents to their many work sites. Xiao loved the culture he lived in and though his parents were always busy they made sure to teach him the tradition of his ancestors. He even went on trips to see the wonders of China including walking the Great Wall of China. He didn’t stop till he finished the journey and was able to please his own determination. He also visited the Forbidden City and Emperor Qin Shi Huang’s Mausoleum Site Museum or as most know it “The Terracotta Army” The travel had given him a new appreciation to being home. As he continued to grow older his parents seemed to be gone more and more.

Xiao decided he needed some kind of friendship and developed a friendship with Zhou Zhi, a local shopkeepers daughter. 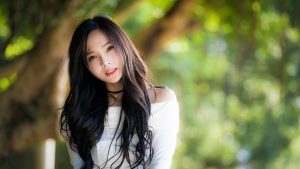 The friendship started as any other just spending time with each other. On many occasions Zhou would go running with Xiao. This was when the two seemed to bond the most. They would get some Boba after the run and sit along the waterfront sometimes till dark just talking to each other about everything.

After talking with Zhou on multiple occasions about Starfleet he decided when the time came he would apply as well. He just wasn’t sure what route he wanted to take, even with the knowledge he had learned about engineering from his parents. The decision was one he had to decide. His love for nature was apparent and Zhou suggested he apply as a planetary geoscientist. Xiao had studied regarding planets and the different types that were in the galaxy. He began to devote more time to learning about the science of all planets. If he wasn’t running or spending time with Zhou this was his past time.

Xiao became very proficient in the subject and when Zhou was ready they both applied for the Academy. They were both accepted and began the toughest four years of their young adult life. The two spent little time together due to studies, but Xiao made as much time as he could for her.

Xiao studied hard and applied himself to make sure he did his best in every subject he learned. If he didn’t know the subject he found someone who could help him. He found himself fascinated with all branches of science and realized there was so much more for him to learn.

As graduation neared he knew that he had to show Zhou what she meant to him. He decided to propose after talking to her family he took her for a nice evening and proposed. Zhou said yes, but the lingering question was what if they were assigned to different ships. Xiao promised Zhou no matter what his love for her would not change.

Graduation came and both of them were assigned to different ships. Xiao was assigned to the USS Progenitor, a Sovereign class cruiser, to his great surprise. The ship was fairly new and sent on an exploratory mission. Xiao was tasked with learning more about the planet they were heading for. He was excited to be put into the thick of it.

Xiao proved himself in that mission and was immediately respected by the crew. Xiao showed his ties to his heritage occasionally wearing traditional garb on duty, with the permission of the Captain.

Xiao’s first few years on the Progenitor went by fast and he was promoted to Lieutenant JG at the beginning of his third year on the ship. He didn’t mind the slow progress it gave him time to get better. He stayed in contact with Zhou as often as he could. She was assigned to a Galaxy class the USS Columbia. She was a Security officer and doing well from all indications.

Xiao was part of multiple scientific exploration mission learning more and adding the experience that was needed. After another two years he was promoted to Lieutenant due to exceptional service to the ship. He was made the Assistant Chief Science Officer and began teaching others what he knew. He was offered multiple positions on different ships, but he refused and stayed on the Progenitor.

The next four years were like any other constant unknown situations. Xiao had come to enjoy his position and really settled in. Zhou had progressed to the Assistant Chief of Security. The two of them still planned to get married always working on the plans, but knowing the time would have to be right for the wedding to take place. At the start of his fifth year Xiao was promoted to Lieutenant Commander and made the Chief Science Officer.

His experience was respected and the hard work he had put into every mission was noted in the logs of the Captain. He had progressed into something he had never dreamed. Hard work and dedication paid off. He was asked by the Captain if he wanted to learn command and he began learning the command track. The experience was humbling and showed him just what the people in command had to do for the crew. Over the next four and a half years he worked in his capacity as the CSO, but also as the ships second officer. He and Zhou married in this time and she was able to transfer to the Progenitor. The two were finally able to settle down or so they thought.

Xiao was shocked when he was offered the Second Officer position and Chief Science Officer of the newly christened USS Neptune a Vesta class. He was to be promoted to Commander upon acceptance. After many hours of discussion Xiao decided to accept the position hoping that Zhou could also get stationed on the ship as well.