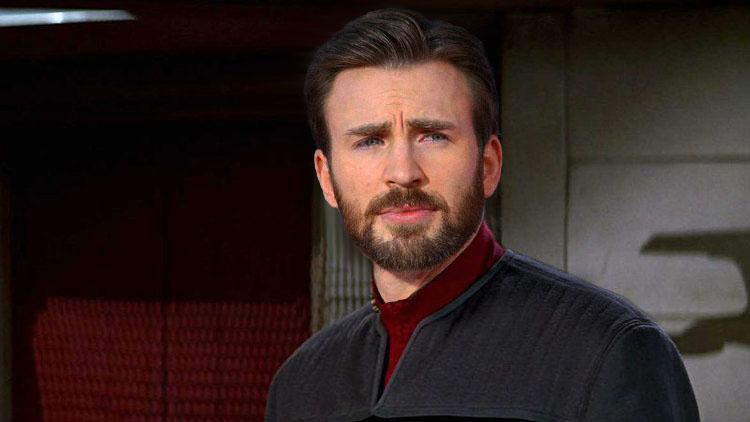 Jason Hawk was born to Ryan & Anita Hawk who bothed served Starfleet. Jason was born onboard the USS Aman-Ra in the year 2351. He was educated onboard various starships as his mother and father moved around. Eventually, his mother transfered to head up a research division at Starfleet medical on Earth. Here Jason met at the age of 12, his best friend John Jempson. The two boys grew up together, always side by side and getting up to no good. Moving around alot at an early age meant that Jason didnt make many life long friends and it was only due to John’s persistence and determination to be friends with the new boy that made it possible. When they were both old enough, they submitted and got accepted into Starfleet Academy at the same time. John applying into advanced flight control and ship handling and Jason into engineering and design.

During thier 3rd year, both boys still holding true to thier nature, got into alot of mischief at the academy, John being known as the class clown. Both boys confidence grew as they came to be respected by other students for thier outgoing activities. During a flight simulation in orbit of neptune, Jason (along with two young female cadets) sneaked aboard Johns fighter and announced themsleves after his departure. Both boys entertained the girls until thier next class. Both John and Jason had nothing scheduled for the rest of the day, so decided to have some fun with the old fighter. Jason hot wired some engine controls and made some adjustments to the engine interflow. John had credited him with his enginuity and that the fighter was handling much better and accelerated better than it was designed to do. Jason didnt notice in his haist to get the job done, that he never replaced the safetys on the interflow. As John took the ships up to warp 1, the small fighters core breached rupturing the hull in several areas. The vacum of space pulled both cadets, Jason managed to brace himself against his seat back but John was sucked out into open space and died instantly. By the time the forcefields came into operation, Jason was left scarred by the screaming coming from his best friend being sucked into space. Jason ran to a viewport and could see John drifting – dead. It was several hours before they were noticed missing and a shuttle came to pick them up. Jason was left staring at John the whole time.

After some time off and counseling from Starfleet, Jason returned to his studies, embracing himself in everything he could learn and pick up. Every extra class and assignment. He would be the best there was, for him and for John. Gone was the joker/boystress Jason, in his place was emotionless dedicated and infact genius engineer who had a chip on his shoulder the size of the milky way. He graduated at the top of his class and was assigned to USS Discovery where he excellend and recieved excellent commendations from his commanding officer but struggled to make new friends or forgive himself for what happend at the Academy. Jason would do anything within his power to push his collegues away. If he was rude, he didnt care. He was protecting them from himself.

Jason transfered from ships to ship, never really making any friends or someone he could confide in. He was known as a loner and liked it that way. Had he not been an briliant engineer, he knew he would have been disciplined and repremanded years ago.

At his last posting onboard the USS Essex, he started to warm up to a determined Ensign, one Carla Bennet. No matter what he did, she still followed him arond, chatting and filling him in on the latest ship board gossip. She knew he was good and as a way of coersing him into spending time with her, she asked him to create some holoprograms for her. During the course of thier creation, the two officers bonded and eventually became good friends. Carla thought Jason that there is more to life than working, he was falling in love, letting his guard down. He revealed his feelings towards her and when he didnt reciprocate, he was thrown into succlusion, working all the time and spending the rest in his quarters alone. At the first opportunity, he put in for a transfer. He wouldnt make this mistake again.

Jason transfered onboard the USS Prometheus as Chief Engineer and served in Task Force 38 in the Delta Quadrant before his long time academy friend offered him a position aboard his ship, the USS Sizemore.

Jason served on the Sizemore for many years from the M-90 Galaxy to the Gamma Quadrant. Instrumental in saving the crews life at the hands of a Devine bomber during a diplomatic mission, Jason was promoted to Commander after successful completion of the command programme. Later the same year, he transferred to the Defiant Class USS South Carolina attached to Deep Space Six along the RNZ. Here he took part in the fallout from the Hobus Supernova and the eventual reintroduction of the Rayean Transit Corridor. Sadly Jason has yet to find love, focusing solely on his work as Commanding Officer and focusing on his engineering studies with his crew continually finding his head in a PADD, reviewing latest tech releases from Corps of Engineers or starship design reviews.

Deciding Jason had spent enough time commanding an attached ship, Vice-Admiral Thrace of Task Force 93 promoted Jason to Captain and his first real command, tasked with patrolling the Romulan Netural Zone during the recent Gorn attacks into federation space incase the Romulans decided to take advantage of the situation.